Some of the stories associated with food eaten consumed by millions of people on a regular basis are, to varying degrees, inaccurate. Here are a few of them:

Despite popular use of apple pie as a symbol of American culture, the dish had been in existence long before the country's creation.[1] Recipes for the pie were apparently brought to what would be the United States by English, Dutch and Swedish emigrants.

While the notion that chop suey is a dish that dates back to ancient China might be incorrect, it may be that the idea that it was merely a creation of American restaurateurs is also misguided. The actual origins of chop suey remain a mystery.[2] At least two theories have involved the famous Chinese leader Li Hongzhang's trip to the United States in the late 19th century. Other theorized inventors of chop suey include Chinese Americans who were involved in the construction of the transcontinental railroad and emigrants from China who became vegetable farmers in the United States.

Often associated with France, croissants actually appear to be derived from an Austrian pastry popularly known as kifli or the Kipferl. In the 1830s, an Austrian man named August Zang who had previously been a military officer founded a bakery in Paris.[3] Among the items that were served there include the Kipferl. Zang later returned to his native country, but others in France were inspired to make their own versions of the pastry.

Egg rolls, it seems, likely did not originate in China. A possible origin story is that of Chinese emigrants making what is now widely known in America as egg rolls as a substitute for spring rolls. The reason for this being that the ingredients to make spring rolls were possibly more difficult to acquire. In China, the term 'egg roll' would usually refer to what is also known as a 'biscuit roll'.[4]

The condiment that is so often associated with America and with tomatoes originally had nothing to do with either. In the beginning, what is now known as ketchup was made of pickled fish mixed with spices and was created in China. English explorers brought the idea back to their native land. There, 'ketchup' began to be made with various types of ingredients including shallots and mushrooms.[5] While ketchup apparently did not originate in America, it is very possible that the popular tomato-based version of it did. The oldest-recorded recipe of such a thing came from a Philadelphia man named James Mease.

Though nachos were first created in Mexico, they were not originally concocted for the Mexican people. It was in 1943 that a group of wives of U.S. military men stationed at an Army base near the border in Texas stopped at a restaurant in Piedras Negras, Mexico.[6] The restaurant was already closed, but the owner was willing to improvise a snack for them out of what was available to him. A simple combination of fried tortillas that had been cut into triangles mixed with melted shredded cheddar cheese and slices of pickled jalapeno peppers would prove to be a massive success.

Even though it seems that pasta did not originate in Italy, the country almost undoubtedly most associated with the cuisine, it seems that the popular story alleging that Marco Polo imported it from China is also not the truth. Different types of food similar to modern pasta have been around for centuries in various parts of the world. It has been theorized that it was the Arab people who brought what is the modern version to Sicily.[7] The island of Sicily would later become a part of Italy. 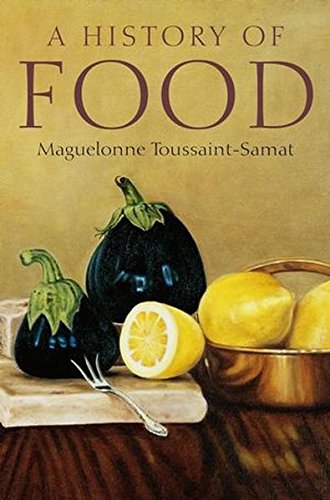