Time to break out your booze and do a little tanking! This time you have a proper reason to other than your beloved leaving you because you spent your days getting drunk and playing World of Warcraft. With the introduction of the Pandarian race in World of Warcraft Mists of Pandaria, they also introduced the new hybrid class of Monks. The tanking spec is called the Brewmaster, who fights with the power of liquor.

This guide will take your through all you need to know with tanking with a Brewmaster Monk. From your stats, to talent choices, to your tanking rotation, and to gemming and glyphing your shining new Brewmaster tank.

Tanking With a Brewmater Monk

Brewmasters are a lot like other tanks. You hit things, make sure they keep hitting you, and try to mitigate that damage. However, your damage causing abilities build up your Chi bar which is what you use to use your damage reducing abilities. This makes Brewmasters play kind of like a tanking rogue.

With the new talent tree, Blizzard has made it so every class turns out a little different so there is no cookie-cutter spec for the classes. This kind of fizzled out though, because there is always a talent that is better from certain spec.

These are glamor glyphs, so it is your choice.

Reforge out of hit and expertise after you have hit the cap, reforge that into haste and crit.

As for gems, gem hit and expertise if you have to until you hit the cap and then pretty much straight haste afterwards. On Brewmaster gear, it is almost always worth it to hit the gem bonus so keep that in mind.

The Brewmaster Meta for Helms is the Austere Primal Diamond.

Why Haste instead of Agility?

Haste provide faster energy regeneration, while agility provide attack power and crit. Faster energy regen is much more useful than raw attacking power in this case. The more you can use your moves, the better.

For single targets, you can almost always pull at range, so there is no need to do face pulls. Use Provoke or Dizzying Haze.

If you are lacking one Chi, use Keg Smash. After Keg Smash, use Tiger Palm three times to build up the armor reducing buff. After that use Jab to build up your Chi for your damage reducing abilities.

Pull with Dizzying Haze. Keep that on cooldown to keep the debuff going.

For single target and AOE pulling always keep Expel Harm on cooldown. The only exceptions are if you are full on health or saving it for some big move.

You should also be mixing in Blackout Kick enough to keep the Shuffle buff on you. This should not be a problem since it a good Chi dump.

Guard - Keep this on cooldown unless you are waiting for a big damage move.

Elusive Brew - If you have 3 or more stacks of Elusive Brew, use this to increase your dodge chance. This is a great cooldown for areas of high physical damage.

Fortifying Brew -  A good all around cooldown to reduce damage and heal yourself a little bit. Has a reasonable cooldown so this is probably the move your will use the most besides guard.

Avert Harm - This is to protect everybody else from AOE damage. Use it to be nice to your healers.

Be sure you are in your tanking stance, the Stance of the Sturdy Ox.

On each pull, make sure to throw down your Ox Statue if you have it.

As with any new class, it can be confusing to use a new class. The information here is just some helpful tips. I will never claim to be a master of Brewmaster Monks and with World of Warcraft, things are constantly changing. So keep that in mind and never stop learning.

Also, always read the patch notes to see if there are any changes to your class. 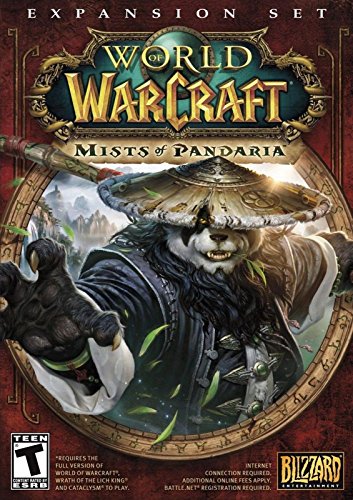