Mobile Internet - Whats It All Mean

All Phones are 3g Phones, Right?

All smart phones are 3g phones, yes, though some older model basic phones don't have 3g connectivity. 3g is pretty standard nowadays, which is good for you because it means that you don't have to spend extra money on internet connectivity. It's also good for you because it means that all mobile operators offer 3g data plans and all that competition keeps prices relatively low.

Whilst 3g is the standard internet connection, many new phones are now 4g capable. This means that they are able to connect to a 4g network- though they'll connect to regular 3g unless you have a 4g data plan. The big advantage to 4g is that you get much faster internet speeds, around ten times faster than the speeds you get on 3g. That means that you can use your mobile internet connection to smoothly stream video, or to play high end, intensive online games. And, of course, you get faster downloading and opening of web pages too.

You'll need a 4g capable phone and a 4g data plan, plus you'll need access to a 4g network. One of the biggest problems right now with 4g is its availability. Not all operators have 4g data plans, and even the ones that do don't always get good speeds. And coverage is pretty bad, there are many areas in the UK that can't access 4g networks even if they want to since there's no 4g signal.

Where Can I Get 4g Data Plans?

You'll have to check with your operator to see if they offer 4g, and to check coverage as well. Right now the best 4g data plans are with EE, since that's the only company that's really getting decent 4g speeds. However, these plans don't come cheap and you'll be paying around three times as much for a data plan with 4g as you would for a plan with 3g.

What About the Best 3g Data Plans?

Three has the best mobile data prices on the market for 3g plans. They're by far the cheapest and they also have truly unlimited data, which we'll discuss below.

What's the Difference Between Unlimited and Truly Unlimited Data?

This is a tricky issue. Technically unlimited data means that there is no limit to the amount of data that you can use per month for the set price you pay for your calling plan. However, that isn't always the case. Many operators have what is called a fair usage policy. This policy allows the operator to slow down your mobile data speeds is they feel that you're using too much data, even if your data plan is unlimited. An operator that advertises truly unlimited data means that they don't have a fair usage policy, and that your mobile data will never be slowed no matter how much you use. But for most customers, even a fair usage policy isn't really a big deal. If you're not constantly downloading big files on your phone (and not many people are), then you'll be just fine with a regular unlimited data plan.

How Do I Know Which Data Limit is Right for Me?

As we discussed above, you can get unlimited monthly data. But most calling plans still come with a limit to how much data you can use per month. Your limit is a personal decision, and it really depends on how much you use your mobile to connect to the internet. However, as a general guideline, a light user who only uses email and Facebook apps can get away with less than 1 GB of data a month, the average user is looking at something more like 2 GB, and heavy users should stick to unlimited plans (they end up being cheaper than paying for 4 GB or above limits). If you're really not sure which data limit is right for you, there are a couple of operators that offer some good options. If you choose to go with O2 you can get any calling plan that you like, but you can also add an extra 1 GB or 2 GB of data on a month by month basis. That means that if you need more data one month you can just add some extra, without having to pay a higher monthly fee every month. Another option is Orange, who will monitor your data usage for you and let you know if you have the wrong monthly limits and then allow you to change it. Or Vodafone, who will give you unlimited internet for three months on any contract so that you can find out how much data you use and which limit you need.

Can I Access the Internet from My Pay As You Go Phone?

Most phones are WiFi capable, though you generally don't connect to WiFi by default, you'll have to go into the settings menu on your phone and switch it one. The benefit of connecting via WiFi is that speeds are faster than with 3g, and WiFi will not subtract credit from a pay as you go account, nor will it count towards a monthly data limit if you're on a contract. 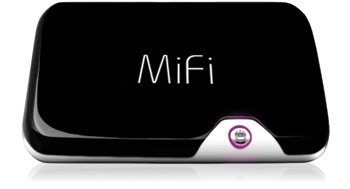