Before you settle on any brand new pair of high quality snake boots, it's extremely important that you know the top of the line from the middle of the road.  If you want to read up before making the purchase, then check out this excellent snake proof boot review guide.
InfoBarrel is a writing platform for non-fiction, reference-based, informative content. Opinions expressed by InfoBarrel writers are their own.
InfoBarrel > Lifestyle > Pets & Animals

Mojave Rattlesnakes in the United States

Though some biologists only accept the spelling mohave

There are 16 species of rattlesnakes in the United States, and the Mojave is considered the most dangerous of the rattlers, though contrary to popular belief bites are not often fatal. While rattlesnakes can be found in each of the forty-eight continental United States they are predominantly found in the southwestern states such as California, Arizona, Nevada and Utah. The Mojave rattlesnake occupies the southern portions of California and Nevada, nearly all of Arizona, the southwest tip of Utah, southern New Mexico and the western edge of Texas.

The Mojave rattlesnake is most active between April and September. During the winter months they will hibernate alone or in small clusters. Their diet, like most other rattlers, consists of small rodents and lizards. Females can produce a litter of up to seventeen live young, though the average is eight.  They are often a very important part of the desert ecosystem that they are commonly found in, although there is a bit of irony in the sense that many naturalists don't like their common name, choosing to spell it as Mohave because very few of these snakes are found in the actual Mojave Desert compared to surrounding areas or other arid desert regions. 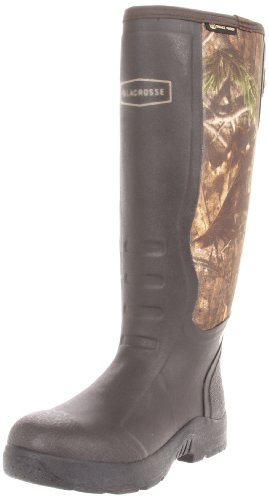 LaCrosse Men's Alpha Mudlite Snake Hunting Boot,Realtree APG,11 M US Amazon Price: $159.99 Buy Now(price as of Mar 15, 2016)
LaCrosse is one of the truly great and long term companies who have produced high quality snake boots for years. While a lot of these are designed for hunting in wooded or swampy areas, if you're going to be in desert areas crawling with mohave rattlesnakes, these boots offer a great level of protection from venomous snake bites.

More on the favored Mohave rattlesnakes

The venom of the Mohave rattlesnake is complex and varies not only between the two subspecies, but also even among the same sub-species in differing geographic locations.  This means that two sub-species of this pit viper can have very differnt venom in bodering regions.  This can also make the treatment a little bit trickier.  The scientific way of explaining this is that Mohave pit viper venom consists of two "peptide sub-units," and for the sake of producing the anti-venom necessary to treat bites are labeled Venom A and Venom B.

When comparing the differences between these Venom A is mildly toxic and Venom B is acidic. While neither one is extremely toxic, the combination of the two is. Venom B produces similar side effects to other rattlesnake bites and immediately shows pain and instant symptoms from poisoning.  The other type, Venom A, can work on the body for hours before significant symptoms emerge, and these symptoms include skeletal muscle weakness and vision abnormalities. However this is still dangerous, and all rattlesnake bites should always be treated by medical professionals in a hospital.

The best precaution individuals can make when going out into an isolated area where these snakes might be found is to have a snake bite kit on hand.  These have been known in multiple occasions to help save lives and are a must for off roaders and desert hikers, not to mention always a good idea for hunters and survivalists as well. 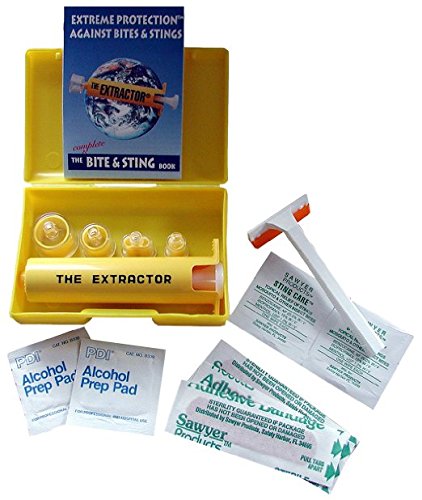 Sawyer Products B4 Extractor Pump Kit Amazon Price: $17.99 $13.95 Buy Now(price as of Mar 15, 2016)
Snake bite kits, when properly used in the wild, can help save lives, especially out in remote areas before getting full treatment in a local hospital that has the needed anti-venom.

While most snakes will leave you alone the Mojave is rumored to be more aggressive toward humans. If you find yourself trekking through the deserts of the southwest or Mexico be mindful of the rattlesnakes in the area.  While most will not be aggressive and try to avoid humans, they blend in well and bites have been known to occur.  Knowledge, awareness, and good preparation can combine to help overcome the fear of these local pit vipers and make for a better experience for you and them. 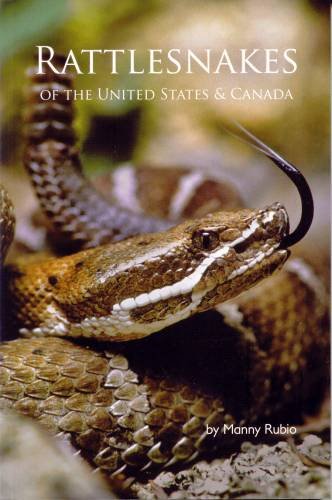 Rattlesnakes of the United States and Canada Amazon Price: $34.95 $28.94 Buy Now(price as of Mar 15, 2016)
Love snakes and find rattlesnakes in particular fascinating? Maybe you're looking at becoming a future herpetologist? This book is right up your alley then!

The Late, Great, Steve Irwin in the Southwest

Landed too close for comfort to this mojave rattler