In the world of mythical beings (a wonderfully rich world of imaginary animals, quirky cross-breeds, and deadly demigods) the Mongolian Death Worm may stand as one of the few whose reported behavior and size may make it more than merely a myth.

In other words, unlike almost any other mythical creature (such as the laughable, and absurdly impossible, Bigfoot), the Mongolian Death Worm has enough in its make-up to merit the extremely likely possibility that such an animal exists.

“Here There Be Tygers”Humanity has always had a compulsion to explain the unexplainable.  Anything strange warranted a reason for its cause.  Mysterious animal tracks (nothing more than distorted bear paw prints, softened by rain water) suddenly, and fancifully, became the footprints of an outsized, but

More whimsical mythical creatures have been imagined, however.  Of those, perhaps the best known is the unicorn.  The concept dates back to antiquity, and the horned horse rated mentions in the oldest texts of The Holy Bible.

Unicorns were once thought to roam the earth.  Physical evidence of their passing was pondered by the average person coming across strange artifacts.  Some primeval shellfish, for example, had long tapered shells.  If found fossilized on dry land, these could easily be interpreted by the ignorant and superstitious as unicorn horns.

Similarly, the best “unicorn” horns have been misinterpreted from narwhal tusks (a twisting tooth that grows from the Arctic narwhal up to a length of nine feet).  A single specimen could readily “prove” the existence of unicorns if taken out of context.

Furthermore, the rhinoceros also played a role in the mythology of the unicorn: its tusk on the head was “borrowed” as a physical feature for the mythical unicorn.

Other mythical animals, such as the basilisk, are deadly.  This strange creature was a hybrid of rooster and lizard – its stare alone was enough to kill a man.  The infamous, carnivorous cryptid of South America, the chupacabra (a killer of livestock), is also feared by humans.

But the only apocryphal animal that carries the word “death” in its name as a descriptor, though, is the Mongolian Death Worm.

The Legend of the WormThe name says most of it: the mythical beast is native to Mongolia, it is a worm, and it causes death (inadvertently).  The Death Worm’s habitat in Mongolia is specifically the Gobi Desert. Eyewitness reports and tales of this animal reach back centuries.

The Gobi Desert is one of the planet’s most inhospitable environments.  It is scorching hot in summer, bitterly cold in winter, and water is scarce.  Trade routes were developed over its barren wastelands centuries ago.  Caravans relied on antiquated wells for water in the desert.  Though reliable, these wells were often anywhere from 40 to 50 miles apart.  The vegetation in the Gobi is scrubby and sparse.  Animal life is restricted mostly to the expected: scorpions, some snakes, burrowing rodents, and insects.

It has sand-blasted humanity for millennia and has been the cause of death for many unprepared for its harshness.  The native Mongolians who ventured into the Gobi knew it well enough to respect it.

Deserts, contrary to popular belief, are not “lifeless” in any way.  The plants and animals found in deserts, while sparse, are diverse.  Many animals, because of their burrowing natures, are rarely seen.  Others, to avoid the heat of the day, are nocturnal, and are also thus unobserved except occasionally.  In the more remote pockets of such an environment, where people hardly ever venture, it is not inconceivable there might exist an animal whose rarity may have bred the myth of the Mongolian Death Worm.

The mythical worm has been variously described as anywhere from about two feet to five feet in length (60 cm up to 152 cm).  This is not outside of parameters for worms – giant earthworms can reach lengths of up to six feet (around 183 cm).

Its coloration has been described as a variegated terra-cotta to bright crimson.  In a desert, none of these color schemes is impossible.  On the one hand, camouflage protects certain creatures from their enemies.  But creatures that are poisonous or have no enemies need no such protective coloration – a bright crimson, for example, would clearly advertise to any potential hunter that the worm is poisonous or deadly.  [Such vivid colors can be seen in the South American poison dart frog.  Amerindians dipped the tips of blowgun darts in the frogs’ secretions as an effective killing agent in hunting and in warring.  The toxins of this frog are so deadly the coloration is a visual warning to predators to stay away!]

The Mongolian crawler’s kill method is not so unusual in the animal kingdom, either.  People on horseback have been thrown when their mount was startled by a rattlesnake, for example.  Sometimes, the fallen rider would be bitten and die.

Nomads had reported horses throwing riders when spooked by Death Worms in the Gobi.  The hapless horseman was dispatched in one of two ways: he or she either had a sandy,

venomous acid sprayed on them from the startled worm’s mouth, or was jolted by an electrical discharge from it.  Either way, death resulted: the acid allegedly corroded anything it touched, turning it a desiccated yellow color, and the electric shock was enough to kill a man.  The ability to electrocute a victim at a distance of several feet (meaning the worm discharged a bolt enough to vanquish a victim without being touched) was reported more than once.

The Mongolian name for the worm translates roughly into “cow intestine”, which is what it is said to resemble.  It is thick in its body in relation to its length, and some have reported it has spikes at both ends.

The first stories of this mysterious desert denizen read in the Western world in 1926 in a book by an American naturalist and explorer, Roy Chapman Andrews.  In his book, he cited a description received in 1922 from a Mongolian Prime Minister:

“It is shaped like a sausage about two feet long, has no head nor leg and it is so poisonous that merely to touch it means instant death.  It lives in the most desolate parts of the Gobi Desert . . . ”

In a later book about Central Asia (1932) Andrews repeated the earlier description and added, “It is reported to live in the most arid, sandy regions of the western Gobi”.  He, however, did not believe such a thing existed, and was only reporting it anecdotally.

A Czech explorer recorded second-hand accounts of the worm and its description:

“ . . . sausage-like worm over half a meter (20 inches) long, and thick as a man’s arm, resembling the intestine of cattle.  Its tail is short, as [if] it were cut off, but not tapered.  It is difficult to tell its head from its tail because it has no visible eyes, nostrils, or mouth, but may have them on some occasions. Its color is dark red, like blood or salami . . . ”

Touching any part of the worm caused instant death, according to Mongolian folklore.  The venom can corrode metal, and the worm is attracted to things that are yellow.  Its favorite foods are parasitic desert plants.

The Live OneThis planet’s biodiversity insures many strange animal adaptations await discovery.  Some animals, such as jellyfish and insects, have the ability to phosphoresce.  This bioluminescence in ocean species is the result of oxidation of a particular protein, luciferin.

The planet also has many poisonous or venomous species.  It has animals capable of spitting fluids over great distances.  One example is the archer fish.  This specimen can shoot a stream of water from its mouth, at the water’s surface, of sufficient accuracy to knock down flying insects from the air.  Cobras, of course, are known for their ability to “spit” venom (up to about ten feet) aimed at a victim’s eyes.  Though instantly painful (with swelling and burning) and sometimes causing blindness in a human victim, the projected venom is not fatal.

The issue of electric shock is also represented in the animal kingdom.  All animals, including humans, generate bio-electricity in minute quantities.  The electric eel (there is only one species in the family, and it is technically not a “true” eel), however, can accumulate and use that energy effectively.  This marine animal has special modified muscles, comprising many tiny electroplates, that individually generate electricity.  When these cells discharge at once, an electric shock of up to 500 volts can be delivered.  Although this may be insufficient to kill a person, it is quite adequate to stun and cause drowning in a swimmer, and it is certainly adequate for killing the eel’s prey.

Thus, the animal kingdom has already provided precedent for such an animal as the Mongolian Death Worm.  The only issue at hand has to do with its electrical abilities.  The eel uses muscles to generate and store electricity.  If the worm is real, in a desert environment such muscles may not have developed.  An alternative hypothesis is simply that the worm could be storing up a charge of static electricity as it moves under and over the sandy Gobi soil.  The animal then only needs some method of storing this charge until it is needed, like the electric eel.  [The danger of static electricity is real; it is much more powerful than the common mild charge one might get touching a door knob after walking across a carpet.  It is the motive force behind lightning.]

The Mongolian Death Worm to date is not proven to exist. Intrigued explorers have set out time and again to find one, but to no avail.  Yet, the native Mongolians insist it is real.  A recent expedition did not uncover one, but the organizer also conceded it might live very deep in the Gobi Desert along the Mongolian-Chinese border (which is a restricted area, and entry is prohibited by the Chinese government).

Unlike many ridiculous mythical creatures, this one actually has close cousins in nature (earthworms up to six feet long, venom-spitting animals, and electricity-generating ones).  Given that some animals already have these abilities, and considering the Death Worm is of a sufficiently small size living undetected in a remote and largely inaccessible environment, it is more probable that the Mongolian Death Worm could be proven to exist long before the Earth could ever hope to see a fictitious Bigfoot.  Or a unicorn. 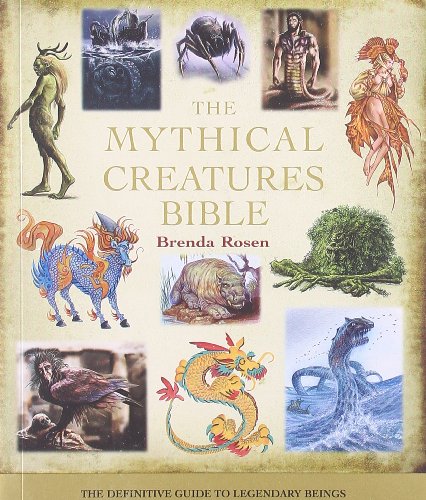 Trucker Man Amazon Price: Buy Now(price as of Oct 24, 2016)
Next >> Zika: The Warnings About Wolbachia and Culex Our Health Authorities are Ignoring