Find out more about me on my writer's webpage Check out my books on my Amazon Author Page
InfoBarrel is a writing platform for non-fiction, reference-based, informative content. Opinions expressed by InfoBarrel writers are their own.
InfoBarrel > Entertainment > Film > Movies

Critics Got It Wrong

First, I admit a lack of discretion on my part. In Brownsville Girl, Bob Dylan said about Gregory Peck, "I'll see him in anything." I'm like that about Cary Grant.

So, even though the critics originally panned this movie, I wanted to see it anyway. It's possible that Cary Grant and Ginger Rogers could make a poor movie together, but it sure isn't likely. It was a calculated gamble, and I won.

Two sides of Grant's comic genius are in full play. In his base role as an inventor who gets lost in his ideas, frequently dampening his social life with Ginger Rogers, he thinks abstractly aloud and seems barely able to get through the simplest acts with Rogers gently guiding him.

His inventor persona makes a perfect foil for his antic behavior after accidentally drinking the formula after a mischievous monkey dumps it in a water cooler.

Grant does a cartwheel before going off to buy a car. Instead of a conservative Ford, he lands a sports convertible. Marilyn Monroe, sent to find him by her boss, Charles Coburn, arrives just in time for a wild joy ride. Her efforts to seduce him are frustrated by the terror he strikes with his crazy driving.

Pairing Rogers with Grant results in funnier results than we saw in Bringing Up Baby, the comedy in which Grant starred with Katharine Hepburn. I love Hepburn, but her comic gifts were better suited to the sardonic asides she delivered so deftly in The Lion In Winter.

She's no match for the much broader performing Ginger Rogers. An academy award winner for her role in Kitty Foyle and a long time compliment to Fred Astaire, Rogers spins her comic style at its best when she ingests the formula and evolves from the thoughtfully balanced wife of a man-child inventor into an emotionally unbalanced hysteric.

Two of the Best in Comic Roles 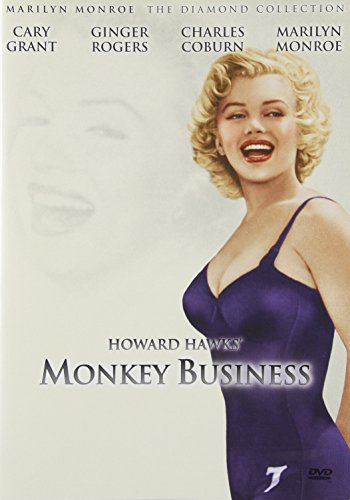 Monkey Business Amazon Price: $14.98 $6.89 Buy Now(price as of Feb 9, 2016)
While it's easy to understand why the current distributor chose to use Marilyn Monroe (her curves accented by a costume she never wears in this movie) for the cover, this movie showcases the comic talents of Cary Grant and Ginger Rogers. Grant plays an absentminded inventor developing a formula that retards the aging process and finds one that actually reverses it. Laughs are all over the place as he, Ginger, a monkey, Charles Coburn and his company's board of directors accidentally dose themselves and emerge as adolescent incarnations of themselves.

Cary Grant, the Master of Cool 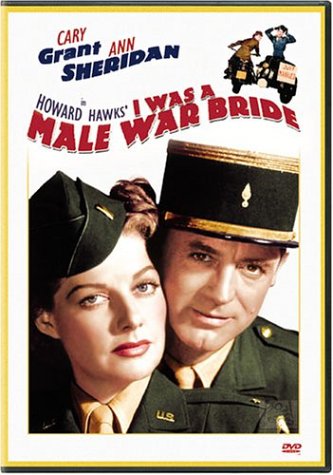 I Was a Male War Bride Amazon Price: $23.69 Buy Now(price as of Feb 9, 2016)
After struggling to overcome some resistance, Grant marries Ann Sheridan. The fun starts when she tries to bring him home to the States with her. The regulations are in place only for war brides. Grant is hilarious as he tries to cope.

The Legacy of Monkey Business

It's true. Grant planned to retire after finishing Monkey Business. As smooth as he appeared in his movies, he hated making them. The time wasted sitting around with nothing to do while scenes were being set up and the endless takes bored him.

Fortunately, the critics didn't like the movie, though, because unwilling to go out with a flop, Grant went on to make movies for another fifteen years, including classics like Houseboat , Charade and Alfred Hitchcock's North by Northwest.

As history is remembered, Ginger Rogers will forever be thought of as Fred Astaire's dance partner, but along with her comic performance in Monkey Business, she won an Academy Award for her dramatic lead in Kitty Foyle.

Frustrated at not being paid as much as Astaire, she went on her own and, flying solo, became the highest paid actress in Hollywood - without dancing a step.

A Surprising Treat with Ginger Rogers 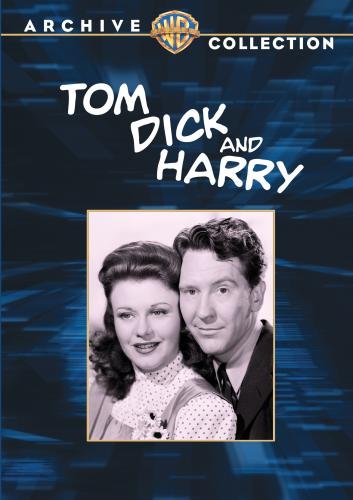 Tom, Dick & Harry Amazon Price: $17.99 $12.01 Buy Now(price as of Feb 9, 2016)
Fresh off her Academy Award winning performance in Kitty Foyle, Rogers plays ten years younger as a girl fresh out of high school in her first job as a switchboard operator. She's pursued by three men, each of them taken by her bubbly innocence. I like her final choice for marriage, but what's most impressive is how, posed against her dramatic success, she's equally adept in a vastly different role full of comic playfulness and not a hint of tragedy. Watch for Phil Silvers in a fun cameo role.
Next >> Movie Review: The Girl on the Train