Enjoys collecting and investing in stock certificates.
InfoBarrel is a writing platform for non-fiction, reference-based, informative content. Opinions expressed by InfoBarrel writers are their own.
InfoBarrel > Technology > Energy & Power

Henderson Nevada, May 1988, this rocket fuel plant went out with a big bang.  This is what Six Million Pounds of Rocket Fuel exploding looks like!

A distructive chain of events leading to this explosion started with the failure of an O-ring on the Challenger Space Shuttle in 1986. That O-ring failure lead to the distruction of the Challenger craft and the suspension of the space shuttle program by NASA.  However, the Nevada plant responsible for producing ammonium perchlorate, part of the solid state rocket fuel, continued to produce as before and the rocket fuel started to pile up.

The accident investigators found that when this NASA supplying plant ran out of aluminum storage bins for fuel they switched to HDPE (a type of plastic) drums.  HDPE is not really dangerous on its own, nor is unconfined ammonium perchlorate dangerous on its own, but together the fuel and the plastic create a classic fuel+oxidizer scenario that burns much like a roman candle - a very hot and dangerous combination.

The barrel fire heated the large (sealed) aluminum bins filled with ammonium perchlorate. Heated sealed bins exploding spread the fire to other areas where more poly drums and aluminum bins were stored. The massive explosion was a football field sized area of aluminum bins stacked on top of each other, surrounded by the burning plastic drums throwing off heat which triggered a earthquake causing explosion of 6 million lbs of rocket fuel.

The rocket fuel plant was obviously beyond destroyed, but the explosion, shockwave and earthquake caused enough damage to surrounding properties that a group of insurance companies sued the plant for $77 million in losses, on top of the $100 million in losses at the plant itself. [3917]

The chemical fire and subsequent explosions claimed two lives, injured 372 people.  No details on the effects on the adjoining marshmallow factory, but that must have been quite the marshmellow roast.

The Tsar Bomb was a three-stage Teller–Ulam design hydrogen bomb with a yield of 50 megatons (Mt) detonated on October 30, 1961. This bomb was equivalent to 1,400 times the combined power of the bombs that destroyed Hiroshima and Nagasaki, and 10 times the combined power of all the conventional explosives used in WWII.  The actual design was for 100 Mt and the bomb could have delivered far more destruction if it had not had a lead plug inserted where the second stage would go as a way to limit fallout over Soviet population centers.

The Tsar Bomb was dropped using a parachute over a remote group of islands North of the Arctic Circle.  While the area was (and is) lightly populated, all buildings in the village of Severny (both wooden and brick), located 55 kilometres (34 mi) from ground zero were completely destroyed. In districts hundreds of kilometers from ground zero, wooden houses were destroyed, stone ones lost their roofs, windows and doors; and radio communications were interrupted for almost one hour. One person involved saw a bright flash through dark goggles and felt the effects of a thermal pulse even at a distance of 270 kilometres.

Although simplistic fireball calculations predicted the fireball would impact the ground, the bomb's own shock wave reflected back and prevented this. The fireball reached nearly as high as the altitude of the release plane and was seen almost 1,000 kilometres (620 mi) from ground zero. The subsequent mushroom cloud was about 64 kilometres (40 mi) high (over seven times the height of Mount Everest). The base of the cloud was 40 kilometres (25 mi) wide.

A shock wave was observed in the air at Dikson settlement 700 kilometres (430 mi) away; window panes were partially broken to distances of 900 kilometres (560 mi). Atmospheric focusing caused blast damage at even greater distances, breaking windows in Norway and Finland. The seismic shock created by the detonation was measurable even on its third passage around the Earth.

If you wanted to create a 50 Mt blast with TNT you would need a cube of TNT 312 metres on a side, approximately the height of the Eiffel Tower.[3918]

What was the point of such a large bomb?

In 1961 the superpowers did not have satellite imagery or good intelligence gathering systems to accurately identify many military targets. Nuclear weapons were large and difficult to deliver. Hitting a population center would mean flying a heavy bomber into enemy territory, than trying to target the bomb while most likely being attacked by fighters. If you wanted the bomber to get away you had to slow delivery by using a parachute which reduced the accuracy further.

The concept was build something big enough to wipe out a major city without needing to even get over the actual city - just get close. The Tsar Bomb could have destroyed any city in the world completely if it had been used in an attack.

The video footage below was captured by a chase plane and released for propaganda purposes. In fact, the propaganda value of the bomb was one of the key reasons the Soviets detonated it, because the large size and delivery challenges of the Tsar Bomb made it a very impractical offensive weapon.  Seeing this footage will help anyone understand the nuclear fears that pervaded American society in the 60's.

World War One, Allied forces are pushing into Belgium against dug in German forces.  There is little movement in Flanders, but the British sappers have a plan.  For a year the British, Canadian, Australian and New Zealand forces tunnel under the strategic Messines-Wytschaete ridge.

The Allies build 5,454 m of tunnels through very difficult geology, with deep tunnels in a layer of blue clay that lead to the 22 large mines, and distraction tunnels above to mislead the German engineers.

Finally after months of artillery bombardment and threats from above as the Allies managed air superiority, the Allies were ready to move forward.

The evening before the attack, British General Plumer remarked to his staff, "Gentlemen, we may not make history tomorrow, but we shall certainly change the geography."

At 02:50am on 7 June, the artillery bombardment ceased. Expecting an immediate infantry assault, German defenders returned to their forward positions, exactly as the Allies hoped. About 3.00 a.m. a white ball of light was dropped with a parachute over the ridge by an Allied aeroplane, followed shortly by a ball of yellow light.  Not only were the Germans moving to forward positions preparing for the presumed ground assult, but the front line troops were in the process of being relieved, doubling the number German troops in the area.

At 3:10am, 19 of the 22 mines were detonated in the largest explosion to date ever. These mines contained a total of over 455 t (1,000,000 lb) of ammonal explosives, and they destroyed most of the fortifications on the ridge, as well as the village of Messines.

Because the German's had left some areas above the mines, the British did not set off 3 or 4 of the planned explosions. One mine discharged in 1955 while 2 or 3 more remain in the Belgium countryside primed but not triggered.

The Messines explosions were the most deadly man-made, non-nuclear, explosions in history. An estimated 10,000 Germans lost their lives.

People could hear the blast in London and Dublin - from the front line in Belgium!

The Massines explosions were probably the largest planned explosion in history until the 1945 Trinity atomic weapon test, and the largest non-nuclear planned explosion until 30 years later when the British attempted unsuccessfully to blow up the entire German island of Heligoland with 6,700 tonnes of explosives. 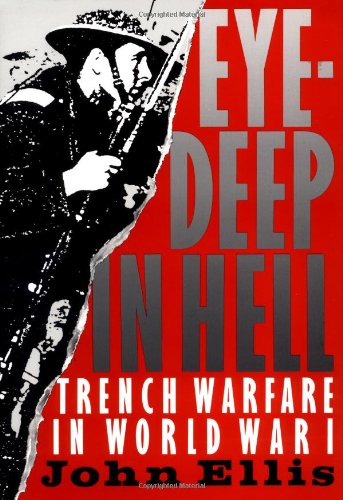 Eye-Deep in Hell: Trench Warfare in World War IAmazon Price: $22.95 $14.97 Buy Now(price as of Sep 26, 2013)
Trench warfare was very unpleasant, even without the enemy blowing up the earth under you.

Not the 4th of July, but the 3rd of November, 2004.  The main importer of fireworks in Denmark has an industrial accident with spectacular results.

About 284 net tons of explosives were triggered when two workers dropped a box inside a shipping container. The box ignited and the workers ran. Firefighters could not put out the intense fire in the container, which spread to engulf the entire facility.

No staff lost their lives, but sadly one fire fighter was killed, and seven more fire fighters were injured as were 17 locals .Many first responders suffered smoke inhalation. Eight fire and rescue vehicles were also destroyed.

April 16, 1947, Texas City, Texas. The deadliest industrial accident in U.S. history began with a mid-morning fire on board the French-registered vessel SS Grandcamp which was docked in the Port. The fire detonated approximately 2,300 tons of ammonium nitrate and the resulting chain reaction of fires and explosions killed at least 581 people.

Along with ammonium nitrate— common fertilizer headed for Europe — the Grandcamp was carrying small arms ammunition, machinery, and bales of sisal twine on the deck. Another ship in the harbor, the SS High Flyer, was docked about 600 feet (200 m) away from the SS Grandcamp. More ammonium nitrate was stored in an adjacent warehouse.

Firefighters and ships crew fought to control the blaze in the Grandcamp hold, but at 9:12 a.m., the ammonium nitrate reached an explosive threshold and the vessel detonated, causing great destruction and damage throughout the port. The tremendous blast created a 15-foot (4.5 m) wave that was detectable nearly 100 miles (160 km) off the Texas shoreline.

The blast leveled nearly 1,000 buildings on land. The Grandcamp explosion destroyed the Monsanto Chemical Company plant and resulted in ignition of refineries and chemical tanks on the waterfront. Falling bales of burning twine from the ship's deck added to the damage.

The initilal explosion blew almost 6,350 tons of the ship's steel into the air, some at supersonic speed. The Grandcamp's anchor was hurled across the city, and now sits in a memorial park.

Sightseeing airplanes flying nearby had their wings shorn off, forcing them out of the sky. Ten miles away, people in Galveston were forced to their knees; windows were shattered in Houston, Texas, 40 miles (60 km) away. People felt the shock 100 miles away in Louisiana.

The Grandcamp ignited ammonium nitrate in the nearby cargo ship High Flyer which contained an additional 961 tons of ammonium nitrate and 3,600,000 pounds (1,800 tons) of sulfur. The crews spent hours attempting to cut the High Flyerfree from its anchor and other obstacles, but without success. After smoke had been pouring out of its hold for over five hours, and about 15 hours after the explosions aboard the Grandcamp, the High Flyer blew up demolishing the nearby SS Wilson B. Keene, killing at least two more people and increasing the damage to the port and other ships with more shrapnel and fire. One of the propellers on the High Flyer was blown off, and found almost a mile inland; it is now part of a memorial park.

Official casualty estimates came to a total of 567, including all the crewmen that remained onboard the Grandcamp, but many victims were burned to ashes or literally blown to bits, and the official total is believed to be an underestimate. All but one member of the Texas City volunteer fire department were killed in the initial explosion on the docks while fighting the shipboard fire, and with the fires raging, first responders from other areas were initially unable to reach the site of the disaster.

These events also triggered the first ever class action lawsuit against the United States government, under the then-recently enacted Federal Tort Claims Act (FTCA), on behalf of 8,485 victims.

Location of Texas City, near Houston

For more great explosions, check out these videos of the Top 10 Controlled Demolitions in history.  There are some pretty impressive planned demolitions on the list.