Do You Get Along With Your Daughter-In-Law

If not, who is to blame?

Mother-in-laws have been the brunt of jokes by comedians for a very long time. They are always viewed as overbearing, intrusive, and whomever marries their child is never quite good enough.

Many of these jokes have come from men talking about their wive'’s mothers. Rarely will a female comedian make mother in law jokes.

Because for many daughters-in-law, their mothers in law are just not funny. Intentionally or not, they create a lot of stress and strain in a marriage where there should be none. Their sons are typically at a loss of what to do about the trouble their mothers cause. On the one hand, it is their mother. On the other, it is their wife. Men can fire employees and go to war, but ask them to stand up to their mother and they go weak in the knees.

In order to prevent this uncomfortable situation for their son, and to be seen in a positive light by their daughters-in-law, here are some tips to guide your relationship.

All of the following examples are unfortunately, true.

Among the women I know, the number one mother in law pet peeve is how their mothers-in-law treat their daughter’s children differently (read better) than their son’s children.

A friend shared a story about spending Chanukah with her husband’s family. Her sister-in-law and she had baby girls just a few months apart. As gifts, her in-laws gave their daughter’s baby a gorgeous dress from an expensive boutique in the correct size. My friend’s daughter received a dress from a big box retailer that was too small.

Is this how you treat your grandkids?

Another friend of mine had really tried to have her children have a close relationship with her mother-in-law, who lived an hour away. Although my friend worked full time, she always took of from work when her kids were off from school. Numerous times, she called her mother-in-law up and asked if she could drive up to her house with the kids and take her out to lunch.

Every time, grandma said no, as she was spending the day off with her daughter’s children. Her daughter needed her.

Didn’t she want a close relationship with her son’s children?

The bottom line is that if you do not treat your grandchildren equally, you are breeding resentment where there should be none.

And don’t think that your grandkids don’t notice the difference in how you treat them and their cousins. They do.

A Book for All Women to Read 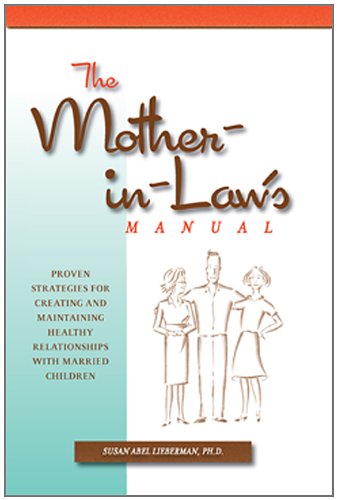 The Mother-in-Law's Manual: Proven Strategies for Creating and Maintaining Healthy Relationships with Married ChildrenAmazon Price: $19.95 $15.42 Buy Now(price as of Jul 6, 2013)
Having a good relationship with your son's wife is very important for all parties involved. Here is a highly rated book to guide you.

There is nothing like inequity in gifts to cause a daughter-in-law aggravation. I have a friend whose mother-in-law gives her son one amount of money for his birthday, and my friend gets half of that amount on hers.

Seriously? She is the mother of your grandchildren and the woman your son chose to marry. Is that how you would want your husband’s mother to treat you? Her birthday is equally as important as your son’s.  When the kids are old enough to understand, what will they think?

Gift giving should also be equal among children. Giving your daughter an expensive watch for her birthday but your daughter-in-law receives a scarf, shows that you do not appreciate the woman your son chose to spend his life with. You cannot keep things like this a secret, because all this kind of information eventually comes out in the open.

Back in the old days, many families had mandatory Sunday dinners together every week. Although in theory this seems like a good idea, asking someone to give up every weekend may be a bit much in today’s two-income fast paced world.

It took my friend a while to get herself out of this expected weekly commitment and make it monthly, and it wasn’t without stress and grief from her mother-in-law. My friend just wanted to spend some alone time with her husband on the weekends when they were newlyweds or make plans with friends they wanted to see on their own time table. 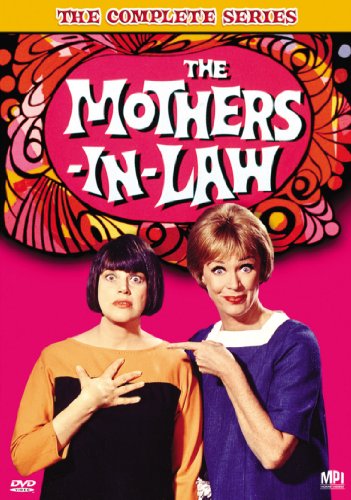 The Mothers-in-Law: The Complete SeriesAmazon Price: $39.98 $21.49 Buy Now(price as of Jul 6, 2013)
This "I Love Lucy" inspired series was short-lived, but still had many laughs from Kaye Ballard and Eve Arden.

If you live far away from your in-laws, going to visit them is something you should look forward to. After a plane ride or a long drive and you are hungry; you want to eat.

It isn’t a big deal to serve something everybody likes. If you cook her favorite meals, she’s going to talk about you to others…but in a good way!

Keep Your Opinions to Yourself (Unless You Are Asked)

When another woman I know was pregnant with her third child, instead of being overjoyed at the news, her husband’s mother told her that she did not think that having another child was a good idea.

Do you think that went over well? (She was lucky. Her husband called up his mom and told her that wasn’t nice to say!)

Another friend, who had planned her own wedding without help or financial assistance, had her husband’s mother critique every decision that she made for her daughter's Bat Mitzvah. Instead of including her in on the planning of her only child‘s special day, my friend just stopped discussing the details with her. My friend tried to be inclusive, but the non-stop opinions made her clam up.

If you have opinions that different from your daughter-in-law’s about anything, keep silent. Her child rearing methods, the food she permits her children to eat, and what schools they go to are not any of your business.

Not all daughters-in-law are wonderful, and it may be hard for you to keep your feelings and opinions to yourself.

But you have to.

Being kind to your daughter-in-law and her children is the best way to get along with each other and keep peace in the family.