As Mother's Day approaches, it is important to really consider why we celebrate certain things, and why Mother's Day might be the most important day  of the year.

Americans love their holidays and celebrations.  That's why we start playing Christmas songs before Thanksgiving.  But unfortunately, today's America is a very material place.  People judge each other based on income, cars, clothes, and the neighborhood they live in.  Americans very often can place value on things that really aren't that important - material.   But material by definition means substance, or the substances combined to make some other object.  Therefore, the use of the word material to define American culture as greedy or lacking in substance is a strange tradition. But American holidays are filled with strange traditions.

Nothing can bring more joy than watching a kid receive a new bike for Christmas or watching a young child find their first Easter egg.  They are truly wonderful moments in life.  And they wouldn't happen without American tradition.

Mother's Day is a truly American holiday.  It was founded in West Virginia by woman, Anna Jarvis, who simply wanted to honor her mother at the time of her mother's death.  Anna's mother, Ann Reeves Jarvis, had cared for soldiers during the civil war and was a public health activist.

In 1914, Woodrow Wilson made Mother's Day a national holiday to be celebrated on the second Sunday of May.  But strangely enough, Anna Jarvis became quite angry as the holiday started to become more commercialized and soon spoke out against Mother's Day.

The strange series of events that led to Mother's Day make the consideration of the importance of the holiday a topic in need of discussion some one hundred years since its founding.

Quite simply, mothers are to be celebrated.  Mother's Day isn't about expensive gifts.  And although florists probably see Mother's Day as a cash cow, most people would agree that mom does not need flowers.  She does not need her kids to buy her a bunch of gifts.  Mothers, for the most part, just love to have their family around.  And if Mother's Day offers that opportunity, that opportunity to bring the family together, then most moms would be okay with calling the holiday Family Day.

That's what Mother's Day really celebrates.  It celebrates mothers as the core of the family unit.  As someone that lost a mother at a very young age, every time May rolls around, I start thinking about the woman that brought me into this world.  I start considering the reality that my life is only an extension of her life and that there is no more important reason to celebrate than that.

So as Spring brings new life to the trees and forces you to get the lawn mower out.  As the birds return and start chirping away.  As the flowers bloom and those seeds start to deliver vegetables to your garden.  Remember that Mother's Day is not about anything but the celebration of life and the woman that gave you yours.

But you might want to pick up some flowers, just in case. 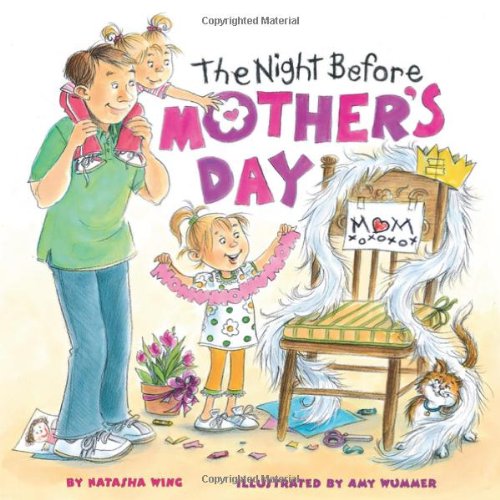