Watch The Sweeney or get the original series The Sweeney from Amazon. You too can earn money from writing articles by signing up for InfoBarrel.
InfoBarrel is a writing platform for non-fiction, reference-based, informative content. Opinions expressed by InfoBarrel writers are their own.
InfoBarrel > Entertainment > Film > Movies

Certificate 15, 112 minutesDirector: Nick LoveStars: Ray Winstone, Ben Drew and Damian Lewis The Sweeney is based on the 1970s British television series of the same name. For those that don't know, The Sweeney is short for Sweeney Todd, rhyming slang for Flying Squad. The Flying Squad is a branch of London's Metropolitan Police Service which handles armed robberies and violent crime. During the period when the original series was depicted, the Flying Squad became notorious for its' corruption and ties with criminals, with the squad's commander and other members being convicted and many others resigning.This modern remake of yet another television series stars Ray Winstone (Hugo, Noah) as Jack Regan - probably a Detective Inspector, although that didn't seem to be made clear in the film - and Ben Drew (better known as British rapper Plan B) as his partner Detective Constable George Carter. Winstone back at the beginning of his career also had a small part in one episode of the original seris.Regan isn't the head of the Flying Squad - that part is played by, probably Detective Chief Inspector, Frank Haskins (Damian Lewis) - but Regan leads the team in the field whilst Haskins basically tries to keep everyone else of Regan's back, as many other officers don't approve of the methods and violence used by the Sweeney in the pursuit of criminals. Haskins is rather more straight-laced than Regan but he is mostly concerned with getting results, so is willing to run interference for Regan as long as the criminals keep being caught.

Credit: http://en.wikipedia.org/wiki/File:Movies_the_sweeney_poster.jpgThe film covers the attempts of the Flying Squad, and in particular Regan and Carter, is to catch a man Regan has had a run-in with in the past, Allen (Paul Anderson). There are car chases and gunfights between armed robbers and members of the Flying Squad in parts of London including Trafalgar Square (probably unlikely, only London's Specialist Crime and Operations Specialist Firearms Command are normally armed) and members of the Flying Squad are perfectly willing to use what would probably be considered excessive use of force. Which does explain why Regan has so many problems with members of the Met outside of the Sweeney.There is enough rhyming slang in the film to confuse some watchers if they aren't familiar with it, especially as it's customary with such slang to abbreviate it, and doing so by removing the rhyming word so that "Sweeney Todd" becomes "Sweeney" rather than "Todd." So, having Regan talking about shifting some "tom" is likely confusing. "Tom" is short for "Tom Tit" and you can probably guess what it rhymes with.The Sweeney is also pretty violent with the police behaving in a manner that many would consider inappropriate, with Regan in particular not to bothered about what it takes to catch criminals ("Act like a criminal to catch a criminal" is the movies tagline after all) as Ray Winstone plays a fairly typical hard man role for him, but apparently so was the original series. The film also seems a bit too long; it felt like the film should have reached a conclusion before it did. It's also likely that The Sweeney won't have much international appeal. 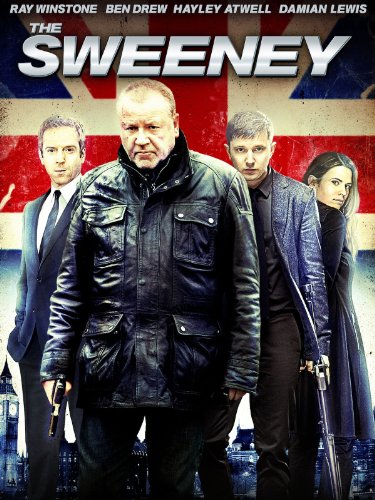