Get the film, A Most Wanted Man, or the John le Carré novel of the same name on which it is based, cheaply from Amazon. You too can earn money from writing articles by signing up for InfoBarrel.
InfoBarrel is a writing platform for non-fiction, reference-based, informative content. Opinions expressed by InfoBarrel writers are their own.
InfoBarrel > Entertainment > Film > Movies

Movie Review: A Most Wanted Man

Certificate 15, 122 minutesDirector: Anton CorbijnStars: Philip Seymour Hoffman, Rachel McAdams, Grigoriy DobryginIn A Most Wanted Man Günther Bachmann (Philip Seymour Hoffman, The Hunger Games: Catching Fire, The Hunger Games: Mockingjay - Part 1, The Hunger Games: Mockingjay - Part 2) heads up a small, not exactly official and not entirely legal branch of the German security apparatus, based in Hamburg. One intention, as stated at the beginning of the film, is to prevent situations like that related to Mohamed Atta in 2001. Bachmann is not exactly keen on the local police as represented by Dieter Mohr (Rainer Bock), and is also not exactly keen on the Americans.Issa Karpov (Grigoriy Dobrygin), a Muslim refugee from Chechnya who has a Chechen mother and a Russian father, sneaks into Hamburg. Having been tortured in Russia, he seems a rather damaged man. Issa gets help from Annabel Richter (Rachel McAdams, About Time), a lawyer who works for an organisation called Sanctuary North. Issa has a note from his father that leads him to a banker, Tommy Brue (Willem Dafoe, John Carter, John Wick) whose bank Issa's deceased father had a lot of money with.

Credit: http://en.wikipedia.org/wiki/A_Most_Wanted_Man_%28film%29#mediaviewer/File:A_Most_Wanted_Man_Poster.jpgBachmann's people quickly locate Issa, but decide not to bring him in, much to the annoyance of Dieter Mohr, who is convinced he is a terrorist. Bachmann is less then convinced, and is anyway after bigger fish, which he believes Issa can help him get to. A CIA representative, Martha Sullivan (Robin Wright), arrives from Berlin and gets involved too, which doesn't please Bachmann. Günther is actually after Dr Faisal Abdullah (Homayoun Ershadi), who he believes is diverting some of the donations given to his charities to terrorist organisations, even though he mostly does not seem to approve of them. Bachmann sets up a fairly complex operation designed to turn Dr Abdullah, using a variety of different sources, all of whom are simply a means to an end, rather than an end in themselves.This is an old-fashioned spy novel, in the tradition of such things as Tinker, Tailor, Soldier, Spy, rather than one of the more action-oriented films. The similarities between the two films is not that surprising, really, as they are both based on novels by John le Carré, although this film is set in the modern War on Terror rather than during the Cold War. Instead, there is a lot of talking, in various locations, between the different characters. Günther Bachmann is hardly an action hero; he drinks, smokes and is clearly out of shape, but this is not his role. Instead, he talks to people. The relationships between the characters and the dialogue are the most important parts of the film, therefore. Günther and Martha seem as if they may have some sort of mutual attraction, even if nothing comes of it.The certification of the film is quite high, as there is no true violence, no shooting and no explosions, although there is some swearing. This is a pretty cerebral film, so don't go in expecting an action thriller. The characters are pretty believable, and you are kept guessing as to whether Issa is as damaged as he looks and if he is as he seems, or whether he is actually hiding something. One small problem with the screening shown was that, at several points during the film, there is dialogue in languages other than English, and this had been cut off the bottom of the screen. Other than that problem, A Most Wanted Man is a good, old-fashioned spy film. 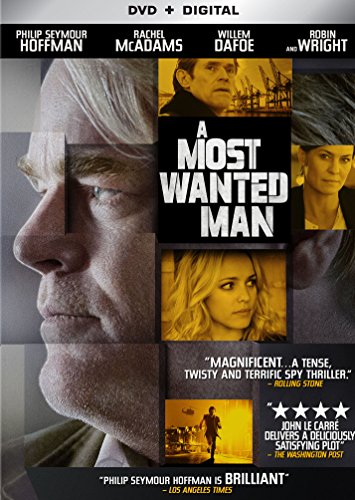 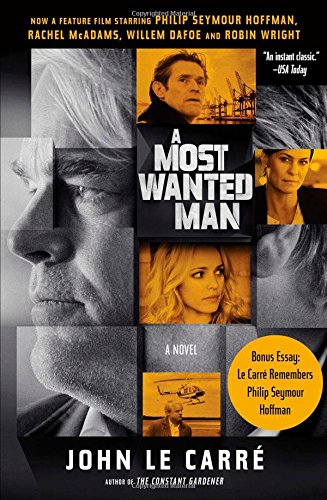