Get the book A Walk Among the Tombstones or the film cheaply from Amazon. You too can earn money from writing articles by signing up for InfoBarrel.
InfoBarrel is a writing platform for non-fiction, reference-based, informative content. Opinions expressed by InfoBarrel writers are their own.
InfoBarrel > Entertainment > Film > Movies

Movie Review: A Walk Among the Tombstones

Certificate 15, 113 minutesDirector: Scott FrankStars: Liam Neeson, Dan Stevens, David HarbourA Walk Among the Tombstones is based on the book of the same name by Lawrence Block. The film starts in 1991, when slightly corrupt New York Police Department detective Matt Scudder (Liam Neeson) is off duty drinking in a bar where cops don't have to pay for their drinks. Two men try to rob the place, shooting the barman in the process. Scudder chases them outside, where there is a third in a car. He shoots all three of them in the process of stopping them, two of them fatally, but, in the process, an innocent bystander gets hit by a stray bullet.

Credit: http://en.wikipedia.org/wiki/A_Walk_Among_the_Tombstones_%28film%29#mediaviewer/File:A_Walk_Among_the_Tombstones_poster.jpgEight years later in 1999 and Scudder is now a former cop and an unlicensed private investigator. He does people favours and, in return, they give him gifts. A fellow Alcoholics Anonymous member wants him to go and see his brother, Kenny (Dan Stevens, Night at the Museum: Secret of the Tomb, The Guest). The brother, who describes himself as a drug trafficker, wants help as his wife was kidnapped the previous day. The kidnappers asked for $1 million, but Kenny said he only had $400,000. He paid the ransom, but the kidnappers killed his wife anyway - the inference is quite gruesomely - before leaving the pieces for him to find. Kenny wants Scudder to find the men and bring them to him. In return, he offers a "gift" of $40,000. Scudder initially refuses but, after listening to the tape of what happened to the wife, agrees to help.Scudder discovers that the kidnappers had done it before, again targeting drug dealers, and therefore will likely do it again. On one job there were three of them, but the third, Loogan (Ólafur Darri Ólafsson, The Last Witch Hunter), did not participate in what happened and is terrified that the other two will kill him. The kidnappers, Ray (David Harbour) and Albert (Adam David Thompson) do target another drug dealer, but this time they take the fourteen year old daughter. Given their record to date, getting her back alive and in one piece is extremely unlikely.For the kidnappers, the money is only part of it, and possibly not the most important part. They do want the money, but they have no intention of giving back their victims when they can have so much "fun" with them instead. Ray and Albert actively enjoy inflicting pain, torture and eventual death on those they kidnap, which is a very important part of it for them. As a result of this, there are some unpleasant scenes, even if the worst takes place off screen.Along the way Scudder meets up with a young street kid, TJ (Brian 'Astro' Bradley), and the relationship that develops between the two is a nice complement to what is otherwise quite a dark film. Ray and Albert are extremely unpleasant, completely unlikable people who enjoy inflicting pain and suffering. At no point are you definitely certain that the latest kidnap victim is going to be recovered - it's the kind of film where it could have gone one way or another. Liam Neeson's character isn't quite the action figure he has been in some of his recent films, but the character seems competent enough at his job and at violence when it comes to it, if somewhat sad. Some of the characters do seem a little clichéd, particularly the Russian drug trafficker who looks like a Russian drug trafficker, but it holds together well. Thoroughly bad bad guys, a flawed hero good guy, and those who are being preyed on, whilst not themselves criminals, are the loved ones of those that are. Quite a bit of walking, talking and researching, as Scudder tracks down the kidnappers. A Walk Among the Tombstones is an enjoyable, above average thriller. 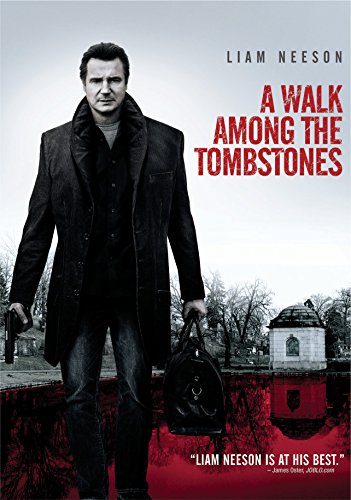 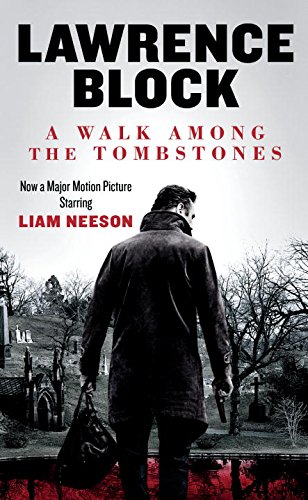