Buy About Time cheaply from Amazon or read more articles on film and television. You too can earn money from writing articles by signing up for InfoBarrel.
InfoBarrel is a writing platform for non-fiction, reference-based, informative content. Opinions expressed by InfoBarrel writers are their own.
InfoBarrel > Entertainment > Film > Movies

Certificate 12A, 123 minutesDirector: Richard CurtisStars: Domhnall Gleeson, Rachel McAdams, Bill NighyIn About Time, Tim (Domhnall Gleeson, Ex Machina) starts off living with his family in Cornwall. His family is one of those eccentric British families that only seem to appear in films who, whilst not exactly rich, appear able to support a fairly decent standard of living as well as some sometimes odd lifestyle choices for a number of people with no real visible means of support. As well as Tim himself, there is his retired father (Bill Nighy, I, Frankenstein, Jack the Giant Slayer, The World's End), his sturdy mother (Lindsay Duncan), his rather ditzy sister Kit Kat (Lydia Wilson), and the immaculately dressed if not exactly really with it Uncle D (Richard Cordery). None of the adults work for a living.When Tim turns 21, his father tells him that the men in his family have the ability to travel in time. All he has to do to do this is to go into a dark place, clench his fists, and then think really hard about what time he wants to be. Tim, of course, does not believe that and thinks his father is playing a joke on him. After an experiment shows that his dad is, in fact, telling the truth, his dad tells him more about it.

Credit: http://en.wikipedia.org/wiki/File:About_Time_Poster.jpgTim is told that he can only travel into the past within his own lifespan (rather like in the film The Butterfly Effect, the effect that that film is named after is actually mentioned[1]). He appears at that time in his past, at the age he was and wearing the clothes he was at that time, allowing him to relive it again, making changes if he wants to improve things.After the initial, and pretty obvious, idea of using the ability to make money - something his father talks him out of, Tim's next idea is to use it to help him get a girlfriend. His first attempt at using his ability to achieve this is less than successful.Tim heads to London where he starts a job working for a law firm, whilst living with his dad's friend Harry (Tom Hollander). One night, he meets a girl called Mary (Rachel McAdams, A Most Wanted Man), who he almost instantly falls in love with. Unfortunately, after travelling into the past to do a favour for Harry (something he doesn't tell Harry about, as he keeps his ability secret), he accidentally ends up deleting his meeting with Mary so that it never happened, and so that she doesn't know who he is. Tim then has to try to make it so that they meet up again and hit it off again.Tim's ability is not a cure all though. There are some problems and situations it simply cannot fix, and on other occasions fixing one thing causes a different problem. As a consequence, he sometimes has to make some difficult choices to try and get the best solution for everyone, not just the best solution for one person.There are quite a few flaws with the film, mainly with how time travel is handled. Time travel is not the easiest of things to manage at the best of times, even when it is the prime focus of a film. How it is handled here means that it sometimes contradict the rules as previously stated, and causes a number of holes in the plot and logical problems as how some fixes are done is never explained (they seem to be just shovelled under the rug and ignored), and why certain things that shouldn't be possible suddenly are. Some of the apparent flaws and logical holes that aren't explained in the film can be explained with if they are thought about. Other than that, About Time is a nice, feel good film, with high points and low points and some genuinely funny bits, especially when the rather awkward Tim makes some really embarrassing mistakes, and the flaws are best ignored to enjoy the film as the romantic comedy it is rather than the science fiction film it isn't. 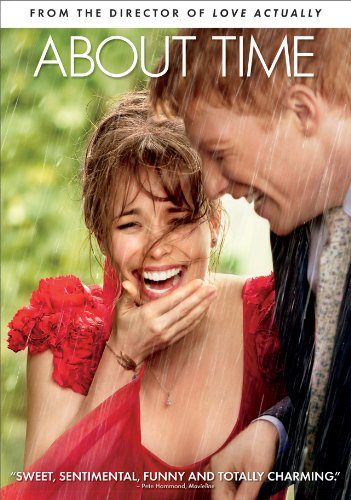