Buy Alice Through the Looking Glass or Alice in Wonderland cheaply from Amazon. You too can earn money from writing articles by signing up for InfoBarrel.
InfoBarrel is a writing platform for non-fiction, reference-based, informative content. Opinions expressed by InfoBarrel writers are their own.
InfoBarrel > Entertainment > Film > Movies

Certificate PG, 113 minutesDirector: James BobinStars: Mia Wasikowska, Johnny Depp, Helena Bonham CarterAlice Through the Looking Glass is the sequel to Alice in Wonderland (although, as that film was a sequel to Alice's adventures as a child, having this is a sequel to that film is kind of confusing). It is, very, very loosely, based on Lewis Carroll's novel Through the Looking-Glass, and What Alice Found There. Very loosely, because other than the appearance of the looking glass, and the room on the other side of it, there is very little resemblance to the novel in the story.The film opens in 1874 in the Straits of Malacca where a ship, the Wonder out of London, is being pursued by three Malay pirates. The captain of the ship is Alice Kingsleigh (Mia Wasikowska, Crimson Peak, Stoker), and she proves adept at getting her vessel out of an impossible situation, and the Wonder then sets sail for London. When Alice arrives in London in 1875, she has been gone longer than had been expected, and much has changed. Lord Ascot, with whom she originally made an arrangement, has died and his son, Hamish (Leo Bill), is now the new Lord Ascot, and the head of the company. Hamish was stood up by Alice, who refused to marry him, and it seems that he may be holding a bit of a grudge over those events, even though he has since got married to someone else. 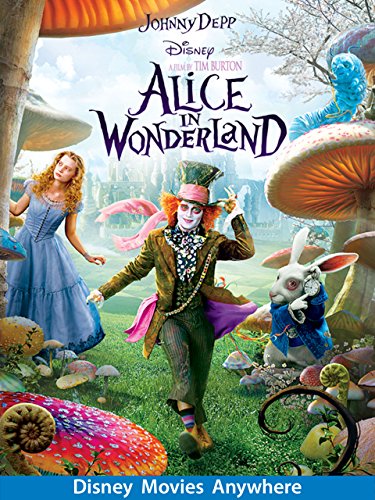 Credit: https://en.wikipedia.org/wiki/File:Alice_Through_the_Looking_Glass_(film)_poster.jpgAlice's arrival at a soiree being held by the Ascots - wearing Chinese clothing, a dress worn by the Chinese Empress - does not go well. She has a business proposal for Hamish about developing trade with China, but he isn't interested. Although the former Lord Ascot gave Alice 10% of the company's shares, during her absence Alice's mother, Helen (Lindsay Duncan, About Time), has sold those shares to Hamish. Hamish also has the deed to Helen's house, and he wants the deed to the Wonder in order to redeem it. In exchange, he offers Alice a job as a clerk at the company, and makes out that he's doing her a huge favour by doing so (which, given the Victorian era in which this is set, may not be that unlikely).During this time a blue butterfly has been flying around the house. When Alice leaves the party, she sees the butterfly and it appears to speak to her. The butterfly would seem to be Absolem (The late Alan Rickman, in his last role), who transformed from the Caterpillar into a butterfly during the previous film, and was also apparently seen outside of Underland, unlike the other characters.She follows the butterfly into a study in the Ascot's house, where it leads Alice to a mirror - the Looking Glass. When people outside the room try to get inside, Alice goes through the looking glass, and arrives back in Underland, in a room filled with unusual, living items, such as a tiger rug, chess pieces and Humpty Dumpty (Wally Wingert). Who Alice accidentally breaks.Exiting the room results in Alice falling from the sky and landing with a group of old friends in Underland proper, who have been expecting her - or, at the very least, hoping that she would return. These are Mirana, the White Queen (Anne Hathaway, Interstellar, The Dark Knight Rises, The Intern), Nivens McTwisp the White Rabbit (Michael Sheen), the Tweedles, Dum and Dee (Matt Lucas), Mallymkun the Dormouse (Barbara Windsor), Thackery Earwicket the March Hare (Paul Whitehouse), the Cheshire Cat (Stephen Fry) and Bayard the Bloodhound (Timothy Spall, The Love Punch).They have been hoping that Alice would arrive, because there's something wrong with Tarrant Hightopp, the Mad Hatter (Johnny Depp), and they want her to save him. The Hatter us still mad, but apparently it's now a darker type of madness. He came across something that has made him think that his family is still alive, and that they weren't killed by the Jabberwocky on Horunvendish Day. No-one believes this to be true, not even Alice, as she says it's impossible - forgetting what she said right at the beginning of the film about impossible things. Hatter's last meeting with his father, Zanik Hightopp (Rhys Ifans, The Amazing Spider-Man), did not go well, as Zanik was a very serious and sober man, completely unlike the Hatter.The White Queen suggests that there is one possible way of saving the Hatter, by making his delusion that his family is still alive be no longer a delusion but the truth, by going back in time to save them. Only Alice can do this, as this is very dangerous, as should anyone travelling back in time see themselves, something bad will happen. It's not known precisely what, but it's thought that it could destroy time itself. Alice, as she isn't a native of Underland, will not be risking this. First, she needs to go to the castle of Time himself (Sacha Baron Cohen, Grimsby, Hugo), a rather peculiar, and partially clockwork, individual, steal the Chronosphere and travel back in time. Alice isn't the only one after the Chronosphere; Iracabeth, the Red Queen (Helena Bonham Carter, Dark Shadows) is also after it for her own ends, and is trying to wheedle Time into giving her it. With the Chronosphere stolen, Alice heads back through Underland's history, in the process learning how the Red and White Queens, who are sisters, came to be estranged (and the audience learns just how the Mad Hatter's Tea Party managed to annoy time so that he made it always one minute to teatime for them). Alice learns a few other things along the way, too.The film is available in  2D and 3D, with the 2D version being the one watched, although as it looks to make quite heavy use of CGI, this is probably one of the films that works better in 3D than most. The film looks glorious, and is a pleasure to watch, at least from the point of view at looking at the scenery. There is Time's glorious clockpunk castle, with his steampunk minions (or seconds, as he calls them), and Underland itself, although apart from the room through the looking glass, there aren't really many examples of the truly unusual items that can be found there.Alice's stories have a memorable base of characters to work with, and this film has a collection of good actors to work with them, but the sheer visual appeal of the film fails to completely hide the fact that the story is not actually that good. It doesn't say much for a film when some of the most enjoyable bits are when the effects are being watched, rather than when the story is happening and the characters are interacting. Sacha Baron Cohen's portrayal of Time is eccentric, and one of the better roles, but it's still a portrayal very similar to some he has done before. Anne Hathaway's portrayal of the White Queen still comes across as being slightly creepy. There's a diversion back to London from Underland that doesn't really develop the plot in any way; it just feels like padding (the trailer makes it look like this happens at the very beginning of the film, and it might have worked better if it was). Alice Through the Looking Glass is fun and enjoyable to look at, but really doesn't make full use of the characters and actors that it is working with. 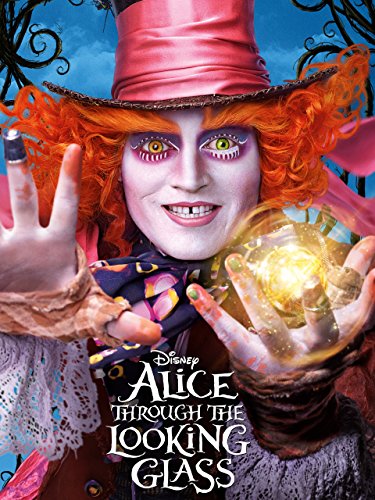