Buy Batman v Superman: Dawn of Justice or Man of Steel cheaply from Amazon. You too can earn money from writing articles by signing up for InfoBarrel.
InfoBarrel is a writing platform for non-fiction, reference-based, informative content. Opinions expressed by InfoBarrel writers are their own.
InfoBarrel > Entertainment > Film > Movies

Certificate 12A, 151 minutesDirector: Zack SnyderStars: Ben Affleck, Henry Cavill, Amy AdamsBatman v Superman: Dawn of Justice opens with the funeral of the young Bruce Wayne's (Brandon Spink) parents. During the funeral, Bruce runs away, having flashbacks to is parents deaths as he does, before falling into a cave that's filled with bats. This would all appear to have been a dream recollection of the actual events.Then it goes to Metropolis during the closing battle between Superman (Henry Cavill, The Cold Light of Day, The Man from U.N.C.L.E.) and General Zod in Man of Steel. The, much older, Bruce Wayne (Ben Affleck, Gone Girl, Runner, Runner) flies into Metropolis in a helicopter, then hurtles into the city in a car. He's on the phone with someone at Wayne Financial, telling him to get everyone out of the building. During the fight between Zod and Superman, the Wayne building is destroyed and a number of Wayne Enterprises employees are killed or injured. Bruce himself is affected quite badly by these deaths. 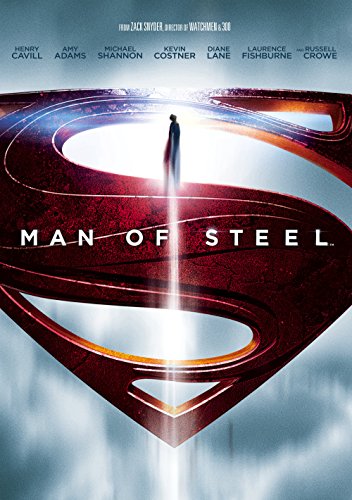 Eighteen months later, and a couple of divers in the Indian Ocean recover what appears to be a large chunk of Kryptonite. Meanwhile, in Nairomi, Africa, Lois Lane (Amy Adams, American Hustle), is heading to interview an African warlord. It seems her cameraman is a CIA spy, and things start going to pieces. However, some of the warlord's own mercenaries turn on the rest of his men, killing them, and Superman turns up to rescue Lois.Back in America, Superman has been linked to the killing of the warlord's troops, and the massacre that follows. Senator Finch (Holly Hunter) is holding inquiries into Superman, as some are concerned over the amount of power he has, and how he doesn't answer to anyone, despite the fact that his actions are having global consequences (amongst other things, Superman appears to be stopping a North Korean missile launch; not a terribly subtle thing there). Whilst most support Superman, some do not, and blame him for the deaths caused, both in Metropolis and in Africa.In Gotham, since the events of Man of Steel, the Dark Knight seems to have grown a lot darker, becoming more brutal in his actions. Interestingly, he's rarely referred to as Batman throughout the entire film, usually being called Gotham's Bat. Batman is chasing down something, although what isn't clear immediately, but this eventually bring him to Lex Luthor (Jesse Eisenberg). Bruce is now living is a smaller house - Wayne Manor appears to have been abandoned, and is to an extent ruined, for no reason that is ever revealed - with the long-suffering, and frequently sarcastic, Alfred (Jeremy Irons). Alfred appears to have picked up a whole bunch of electronics and mechanical engineering skills at some point.

Credit: https://en.wikipedia.org/wiki/File:Batman_v_Superman_poster.jpgAlexander "Lex" Luthor, the extremely young-seeming owner of LexCorp (perhaps a bit too young; maybe they were trying to portray someone more like a current tech billionaire, a part Eisenberg has played before), convinces the government to give him access to the crashed Kryptonian ship and General Zod's body. Clark Kent (Superman's normal identity) wants to follow up on the story of Gotham's Bat, as he seems to think the vigilante is getting out of control. Lois is following up on the attack in Africa, as some of the weapons used were not for sale anywhere. Bruce is concerned himself about Superman, as he feels that the latter is too dangerous to live, given his ability to wipe out humanity. He feels that if there is any chance that Superman might turn to evil, then he should be stopped.At a party at Lex Luthor's house, Bruce is trying to get more information on what Lex is up to. Clark Kent is also there and, because of his super-hearing, he overhears Bruce's communications with Alfred. There's also a mysterious woman (Gal Gadot, Fast & Furious 6, Triple 9) at the party, who remains largely unnamed (it's Diana Prince) for most of the film, but anyone who's seen her in the trailer will know who she is.Both Batman and Superman are becoming concerned about each other, and Superman initially intervenes and threatens Batman, telling him to stop - or else. In their second confrontation, things go rather more differently, as Batman has, among other things, equipped himself with essentially an armoured combat suit - as well as worked out quite a lot, although that won't help much against someone who is literally super powered. However, the build-up to their confrontation all seems a little engineered, as if someone is playing them against each other. Of course, someone is - Lex Luthor. This is all leading up to the main confrontation of the film, which is not the one between Batman and Superman.The film is available in 2D and 3D, with the 2D version being the one watched. Be aware that this film has absolutely no connection to the previous Dark Knight trilogy (which would now appear to have never happened, from the a continuity point of view, no matter how good it was). It would also appear that the DC Extended Universe has no connection to the television series, such as The Flash and Arrow, unlike the Marvel Cinematic Universe which does. Mind you, Man of Steel was basically the first entrant in DC's universe, and this is only the second. It is, as the name suggests, leading up to the Justice League film, hence the "Dawn of Justice" part of the title, and there are some cameos for some other members of the Justice League.Ben Affleck does a decent job as Batman, but he does a less than sterling job as Bruce Wayne - his Bruce often seems rather more competent than the rich, ineffectual playboy that Bruce is supposed to be, to deflect attention from him. Luthor seems to have gone back to his mad scientist origins - with an emphasis on the mad; he's barely coherent at times.[1] He also seems to have written the plot, as that, too, also seems barely coherent at times (although apparently around 30 minutes were cut from the, already extremely long, film to reduce the amount of violence and the certification, which perhaps didn't help).[2]The film ends in an epic CGI megafest, rather like Man of Steel did, with some of the same problems that caused. Admittedly, a substantial amount of the film is violent anyway, and CGI filled. The story itself is, as mentioned, a bit of a mess, but it is fun to watch if you like epic action on a very expensive and massively destructive scale. Just don't think too closely about the plot, and there are certain bits that make no sense at all. Fans may also dislike how a classic Superman storyline has been mangled in the film.Whilst Dawn of Justice is better than its predecessor in a number of ways, it is still quite a dark, violent film (although it looks like Superman's costume may have been changed to a lighter shade and is more obviously blue; perhaps there wouldn't have been enough contrast with Batman's otherwise) and DC Comics are still running behind Marvel, at least when it comes to films, who are more consistently producing, directly or indirectly, better films (with the occasional failure). There are hints of future stories at the end (and perhaps before, as Bruce has an odd nightmare/premonition), including a borderline insane rant/speech/whatever from Lex Luthor. Batman v Superman: Dawn of Justice is, as stated, better than the first, but it could still be better - and perhaps the full version of it is. 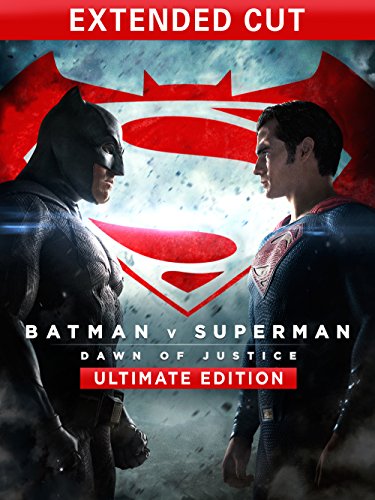 Batman v Superman: Dawn Of Justice Ultimate Edition Amazon Price: Buy Now(price as of Apr 22, 2016)
Next >> Movie Review: The Girl on the Train