This review is for the people who are dance enthusiasts and are looking for some inspiration and haven’t seen Billy Elliot yet. Would like to warn you before reading though, the review contains spoilers!

Director – Stephen Daldry (This was his big screen directorial debut)[1]

The lead actors are Jamie Bell, Gary Lewis, Stuart Wells, Julie Walters and all of them did complete justice to their roles and brought a raw honesty into their acting.

Tagline - Inside every one of us is a special talent waiting to come out. The trick is finding it.

This is a story about a young eleven year old English boy called Billy Elliot (Jamie Bell) who lives in Everington, Durham, North East England in the year 1984. Billy’s father and brother, work in a coal mine, but are on a strike which is threatening the family’s livelihood. His brother is the union leader and they are fighting hard for their cause. Billy is asked to take boxing lessons by his dad but he is not good at it and gets interested in Ballet when he sees the ballet classes are taking place in the same gym. Soon he starts taking Ballet lessons instead of Boxing where he is the only boy in the class, and gets quite good at Ballet. But his father finds out about this and stops his lessons for both Ballet and Boxing. The Ballet teacher offers him free private coaching for an audition which is in two weeks at the Royal Ballet School in London. He secretly trains with the Ballet teacher for two weeks, but Billy misses his audition as his brother gets arrested by police just the day before and he and his father are getting bail for his brother on the day of the audition. There is a section where Billy dances in frustration hitting the walls, dances on the roof and the stairs and the road while showcasing his tap dancing skills too, which is the highlight of the movie.

After a long time passes, Billy and his friend are caught dancing in the gym during Christmas. And to prove to his dad that dancing is not wrong, he dances his audition routine in front of him and seeing the talent and potential in his son, it triggers a change in the mind-set of the dad and his father wants to help him probably so that he can see his son move away from the mining industry in a way and give him hope for a better life. The change in billy’s father’s attitude towards sending him to dance school is what is very moving and he starts to work in the mine just to support billy and be able to travel to London and give him a chance for a different life. Later on they manage to send billy to the audition and then the rest is history.

This movie is a must for any dance enthusiast and one should not miss the scene when Billy is asked what he feels when he dances. Overall, in my opinion, this is a very honest and sentimental movie that touches the heart. This is a wonderful story about a father son relationship.

The music used in the background was quite appealing and suited the scenes appropriately. It surely enhanced the feelings that the actors wanted to convey. 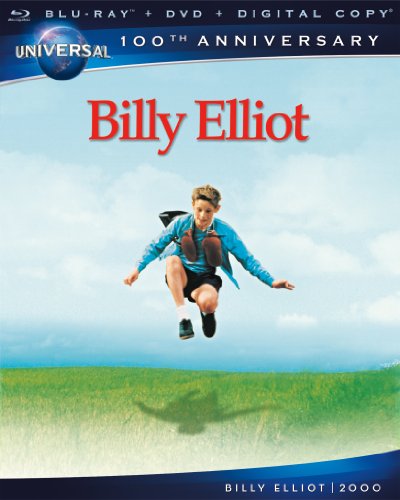