Find Captain America merchandise on Amazon. You too can earn money from writing articles by signing up for InfoBarrel.
InfoBarrel is a writing platform for non-fiction, reference-based, informative content. Opinions expressed by InfoBarrel writers are their own.
InfoBarrel > Entertainment > Film > Movies

Certificate 12A, 147 minutesDirectors: Anthony Russo, Joe RussoStars: Chris Evans, Robert Downey Jr., Scarlett JohanssonCaptain America: Civil War initially opens in 1991, at a remote facility in Siberia. Although the majority of the uniforms and equipment bears Soviet markings, there is a HYDRA symbol present, suggesting that it may be a secret HYDRA facility rather than simply Soviet. In the facility, James Buchanan "Bucky" Barnes (Sebastian Stan, The Martian) is being brainwashed into becoming the Winter Soldier. His first mission sees him forcing a car off the road and stealing several packets of some sort of blue liquid from the boot (an event that will have relevance later in the film).

Credit: https://en.wikipedia.org/wiki/File:Captain_America_Civil_War_poster.jpgBack in the present in Lagos, Steve Rogers/Captain America (Chris Evans), Natasha Romanoff/Black Widow (Scarlett Johansson), Sam Wilson/Falcon (Anthony Mackie) and Wanda Maximoff/Scarlet Witch (Elizabeth Olsen, Godzilla, Red Lights) are tracking down Brock Rumlow (Frank Grillo), who has been selling weapons to a variety of unpleasant people and has a bit of a grudge against Cap. Rumlow's forces break into the Institute for Infectious Diseases and steal a vial of something. In the ensuing pursuit of Rumlow to retrieve the vial, an explosion kills a dozen innocent people, citizens of the nation of Wakanda.In the United States, Tony Stark/Iron Man (Robert Downey Jr., Chef, Iron Man 3) is giving a speech at MIT. On the way out following his speech, he is approached by a woman, who gives him a picture of her son. He was killed in the events in Sokovia. Tony is affected by this, realising that innocents are being killed as a side effect of the actions of the Avengers.At the Avengers compound, Secretary of State Ross (William Hurt), who Tony has brought along, shows the Avengers the effects of their actions in New York, Washington, D.C. and Sokovia. Over a hundred nations have agreed to something called the Sokovia Accords, which will put the Avengers under the jurisdiction of the United Nations. Only the UN will decide when, and if, the Avengers should be deployed. Tony agrees with the accords, but the response of the others is varied. Romanoff agrees too, something that surprises both her and Tony, as does James Rhodes/War Machine (Don Cheadle). Vision (Paul Bettany, Mortdecai, Transcendence) points out there's a definite correlation between the appearance of super-powered people and destructive events related to them, so he's mostly in favour too. Captain America is not really in favour and Falcon and Scarlet Witch are sort of on the fence. The accords themselves will be signed in Vienna. 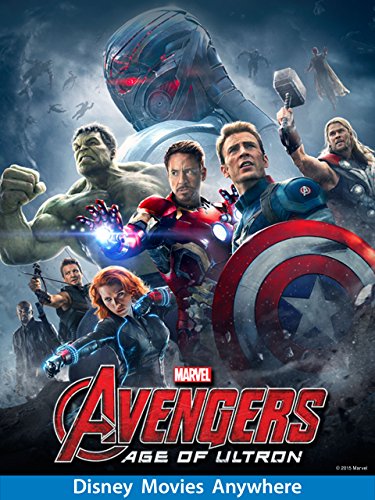 During the meeting, a bomb is set off outside the building and more people are killed. Video footage shows that it was the Winter Soldier who did it. Steve goes after his former friend, hoping to find him before anyone else does, because no one else plans to bring him in alive. Bucky states that he wasn't responsible for the attack, and that he no longer does that sort of thing. This quickly causes problems and another running fight in which a new hero, T'Challa/Black Panther (Chadwick Boseman), becomes involved.Relations between the Avengers start to deteriorate quite rapidly, resulting in a major confrontation. On one side, Captain America, the Winter Soldier, Scarlet Witch, Falcon,  Clint Barnes/Hawkeye (Jeremy Renner) who has come out of retirement and Scott Lang/Ant-Man (Paul Rudd). on the other, Iron Man, War Machine, Black Widow, Black Panther, Vision and a new addition, Peter Parker/Spider-Man (Tom Holland). The Civil War of the title is quite literal; the Avengers have fallen apart and are fighting amongst themselves. Neither side particularly wants to fight their friends, but neither Iron Man nor Captain America will thinks that they are wrong in what they are trying to achieve. Not everything is as it seems, as was shown very early in the film. A man called Zemo (Daniel Brühl, Rush) is also pursuing his own ends; what those actual ends are won't be clear until very close to the end of the film.One notable thing about this film is the inclusion of Spider-Man. Now, this may not seem that notable, as Spider-Man is a Marvel character. However, Sony Pictures has the rights to make films from the character,[1] not Marvel, so having him in a Marvel film, and part of the Marvel Cinematic Universe, is quite a big deal. Sony had originally planned two more Spider-Man films, as well as some other spin-offs to create their own competing universe.[2] Following The Amazing Spider-Man 2 not performing as well as Sony wanted, and after discussions with Marvel,[3] the sequels and spin-offs were cancelled and an agreement was made to include Spider-Man in Marvel's series, although Sony still has the rights.[4] This means that the Spider-Man franchise is going to be rebooted again and integrated with the Cinematic Universe.Civil War is available in 2D and 3D, with the 3D version being the one watched. The 3D did not add much to the film - apart from making a couple of fight scenes rather dizzying to watch - possibly because there weren't many big CGI events during the film, much of the action being quite up close and personal. With Paul Bettany now playing the role of Vision, Tony has a new AI, Friday (Kerry Condon).This is not the sort of film you might be expecting, and it's certainly not the most typical superhero film around. It's not got the clear cut lines of right and wrong that would normally be seen. On the whole, the tone of the film is quite a lot darker - and perhaps more mature - as there are no real bad guys in the film, mostly just people disagreeing over what the right thing to do is. It doesn't have bloody violence in it, especially as many of the people fighting are pretty hard - but not impossible - to hurt, but it is more emotionally mature. The plot does keep you guessing, and the, and the twist may come as a complete surprise when it is revealed.Even though this is much darker, and nowhere near as light-hearted, as some of the recent Marvel releases, there is the occasional element of humour in it - after all, it does have Spider-Man who is known for his wisecracking during combat. Something that Falcon chides him about when Spider-Man is fighting both the former and the Winter Soldier, suggesting that he should fight more and talk less in combat. The film is all over the place when it comes to locations, including Lagos, Siberia, Germany, London, Vienna and Bucharest (although, to be honest, many of the urban locations could have been filmed in any major city - and probably were).Having the good guys fighting each other rather than the bad guys is rather a change of pace. The whole film is quite a lot slower paced and less action-packed than many comic book films are, and it could be considered to be a rather more cerebral film than the majority. There is a mid-credits clip and one post-credits (and, of course, a cameo by Stan Lee), so be sure to catch them. Captain America: Civil War is quite a bit different to the other entrants in the Marvel Cinematic Universe to date (the previous Captain America film probably being the closest, but more action-packed) and may not be to the taste of all comic book fans, but it certainly makes you thing and takes the universe on a different path.