Buy Captain Phillips or the book A Captain's Duty: Somali Pirates, Navy SEALs, and Dangerous Days at Sea cheaply from Amazon. You too can earn money from writing articles by signing up for InfoBarrel.
InfoBarrel is a writing platform for non-fiction, reference-based, informative content. Opinions expressed by InfoBarrel writers are their own.
InfoBarrel > Entertainment > Film > Movies

Certificate 12A, 134 minutesDirector: Paul GreengrassStars: Tom Hanks, Barkhad Abdi, Barkhad AbdirahmanCaptain Philips is based on a true story and stars Tom Hanks (Larry Crowne) as the titular Captain Richard Phillips. In March 2009 Phillips flies from his home in Underhill, Vermont to meet up with the containership Maersk Alabama, which he will captain. The route of the ship takes it from Oman to the port of Mombasa in Kenya. This route is past what is known as the Horn of Africa, an east African peninsula that juts into the Arabian Sea and contains the countries of Somalia, Eritrea, Djibouti and Ethiopia.This is one of the most dangerous area for shipping in the world due to, primarily Somali, pirates that operate in the region.[1] The pirates attempt to capture ships, and often ransom the crews once they accomplish this. The film is based on the book, "A Captain's Duty: Somali Pirates, Navy SEALs, and Dangerous Days at Sea" by Richard Phillips (Captain Phillips) with Stephan Talty. 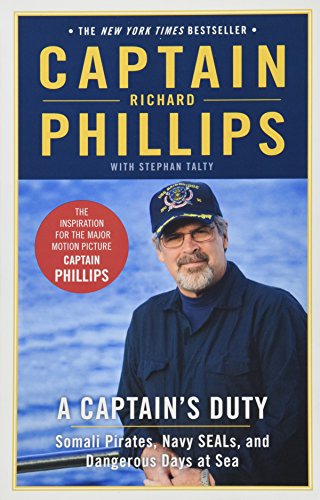 A Captain's Duty: Somali Pirates, Navy SEALs, and Dangerous Days at Sea Amazon Price: $15.99 $3.45 Buy Now(price as of Nov 1, 2016)
The Maersk Albama is approached by two skiffs, small boats equipped with outboard motors, and occupied by armed men. Having read an email regarding pirate activity in the area, Captain Phillips contacts both the UK Maritime Trade Operation (UKMTO), a Royal Navy anti-piracy operation based in Dubai, and the US Maritime Emergency (based in the UK).

Credit: http://en.wikipedia.org/wiki/File:Captain_Phillips_Poster.jpgDespite the best attempts of the crew, the ship is eventually boarded by a group of Somali pirates led by Muse (Barkhad Abdi). Captain Phillips and his bridge crew are captured, and the remaining crew remain hidden from the pirates. The film deals with the attempts by the pirates to capture the rest of Phillips' crew and his ship, and the operations carried out by naval forces in the area to try and stop the pirates.The camerawork in the film is often close up and shaky, giving the impression that it is being filmed using handheld cameras. If the film is watched from too close a distance, this can be a bit off-putting, as it makes it difficult to watch; otherwise, it is quite effective at adding tension and urgency. As with all films based on true stories, there is always the question as to exactly how much is true and how much isn't. Phillips himself said that the film is a fictionalised account of what happened, and there are ongoing court cases from other members of the crew regarding what happened, as well as statements that Phillips' account is inaccurate.[2]Having said that, the performances of both Barkhad Abdi as the leader of the pirates and Tom Hanks as Captain Phillips are very good, especially when you consider that this was Abdi's first ever acting role. The pirates are not one dimensional simple bad guys, as they would be portrayed in a standard action film. Instead, they are portrayed as quite human; otherwise fairly regular people who have been forced into piracy because they have no other choice if they want to survive and to be allowed to live. This is something that there is, from all accounts, quite a bit of truth in when it comes to the people who carry out the actual attacks, as opposed to the bosses who reap the rewards. The pirates portrayal does make you wonder whether Phillips was suffering from Stockholm Syndrome - where captives start emphasising with and having sympaty for their captors - to some degree.[3] The acting and overall filming of Captain Phillips was very good, with plenty of tension, but where it was let down was with the inaccuracy, which is always a problem with this type of film. 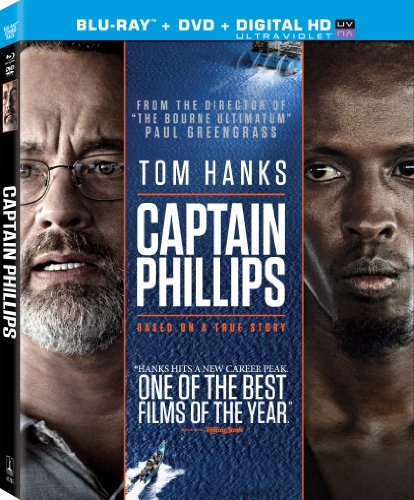