Watch Dark Shadows cheaply on Amazon or read more articles on film and television. You too can earn money from writing articles by signing up for InfoBarrel.
InfoBarrel is a writing platform for non-fiction, reference-based, informative content. Opinions expressed by InfoBarrel writers are their own.
InfoBarrel > Entertainment > Film > Movies

Certificate 12A, 113 minutesDirector: Tim BurtonStars: Johnny Depp, Michelle Pfeiffer and Eva GreenDark Shadows is based on the (1,225 episode) 60's and 70's television series and Gothic soap opera of the same name. Several of the actors who starred in the original show had cameos in the film. The film stars Johnny Depp (Mortdecai, Transcendence) as the vampire Barnabas Collins. Barnabas was born in the eighteenth century and, along with his parents, went to the New World where the Collinses built a fishing and canning empire and founded the town of Collinsport. 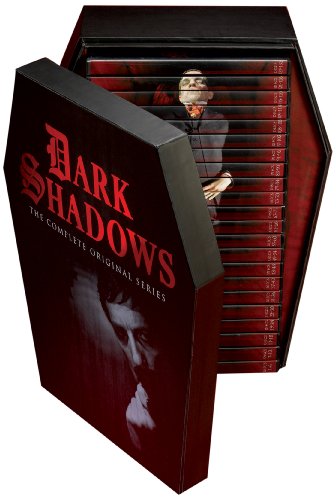 Barnabas earned the enmity of a witch, Angelique Bouchard (Eva Green, 300: Rise of an Empire, Sin City: A Dame to Kill For) who cursed him to become a vampire and then entombed him in a coffin and buried him in the ground. Just under two hundred years later, Barnabas' coffin is unearthed and he is freed. He returns to the family house of Collinswood to find that the family fortunes have taken a turn for the worse over the past two centuries. The family now consists of Elizabeth Collins Stoddard (Michelle Pfeiffer, The Family) and her teenage daughter Carolyn (Chloë Grace Moretz, Hugo, Kick-Ass 2, The Equalizer), Elizabeth's younger brother Roger (Johnny Lee Miller) and Roger's young son David (Gulliver McGrath). The house now has only two servants rather than the dozens it used to have in better times, Willie Loomis (Jackie Earle Haley) and Mrs Johnson (Ray Shirley), and David's psychiatrist Dr. Julia Hoffman (Helena Bonham Carter) as well as the recently arrived governess Victoria Winters (Bella Heathcote, Pride and Prejudice and Zombies, The Rewrite).

Credit: http://en.wikipedia.org/wiki/File:Dark_Shadows_2012_Poster.jpgBarnabas is determined to restore the family's wealth and influence but in the process finds that Angelique is still alive, and still pretty annoyed with him, in a love/hate way. She has been responsible for many of the family's misfortunes over the years as she pursued her vendetta against Barnabas' family.There is quite a bit of humour in Dark Shadows as Barnabas tries to cope and understand how things have changed since he was entombed, not always successfully. In particular the scene when Barnabas succumbs to Angelique's charms and they destroy the room is a good watch.Johnny Depp does a good performance, as usual really getting into the part. Apparently he[1] - and Tim Burton as well[2] - is a fan of the original series and he really wanted to be Barnabas Collins when he was younger, so it seems he succeeded. There is also cameo by Alice Cooper performing a couple of songs as himself - although Barnabas assumes from the name that Cooper is a woman and says that he is the "ugliest woman I have ever seen."Dark Shadows was possibly a bit rushed in terms of length; it seems they tried to cover many of the stories and plots covered in the original series in only a tiny fraction of the time. The various characters and plots therefore seem somewhat under developed. Dark Shadows isn't bad, but it could have been better, especially if just one story line had been concentrated on rather than spreading the focus across many. 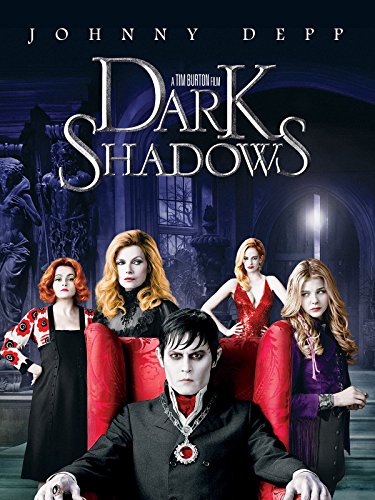