Buy Deadpool or find Deadpool merchandise on Amazon. You too can earn money from writing articles by signing up for InfoBarrel.
InfoBarrel is a writing platform for non-fiction, reference-based, informative content. Opinions expressed by InfoBarrel writers are their own.
InfoBarrel > Entertainment > Film > Movies

Certificate 15, 108 minutesDirector: Tim MillerStars: Ryan Reynolds, Morena Baccarin, Ed SkreinDeadpool opens with a still frame of an action scene before moving on to the titular Deadpool (Ryan Reynolds, R.I.P.D., Safe House, X-Men Origins: Wolverine) sitting in the back of a taxi. Before he decides to join the driver in the front and have a conversation with him. After being dropped off, Deadpool then drops off a bridge into a moving car below through its sunroof. The car is full of bad guys, and is in a convoy of the same, so a lot of carnage ensues. Close to the end of it, the story then goes back two years, back to when Deadpool was simply Wade Wilson, and was a smart mouthed former Special Forces mercenary doing a variety of jobs, mostly involving doing bad things to worse people. Wade may not consider himself to be a nice guy, but he does care about people to a degree. At the bar where he hangs out with the other mercs, there is an ongoing "Dead Pool" (guess where the name comes from) about who might die first.At the same bar, Wade also meets Vanessa (Morena Baccarin) and the two get on pretty well. Time passes and things are looking good. Wade proposes marriage, and Vanessa accepts. The he collapses on the floor. Wade has got terminal cancer. Although Vanessa is trying to be positive, Wade has to a degree given up. Then at the bar, a man that Wade starts calling Agent Smith (Jed Rees) turns up. "Smith" says that Wade can be cured, and turned into a superhero. Initially reluctant, Wade later agrees.

Credit: https://en.wikipedia.org/wiki/File:Deadpool_poster.jpgWhat he's signed up for isn't what he thinks. The facility is run by Ajax (Ed Skeins) and Angel Dust (Gina Carano, Haywire), and people with nothing to lose are turned into mutants by endless torture. Then, they are turned into slaves and sold. Both Ajax and Angel Dust have acquired special abilities in this way and, eventually, Wade does too. Ajax states that everyone loses their sense of humour in the process; this isn't true for Wade he keeps his smart mouth. Not only can he heal the damage that cancer does, he can heal from anything. It's also made him pretty ugly to look at. Wade manages to escape the facility (during a large explosion which, naturally, he caused) and is believed to be dead by Ajax. Wade, now Deadpool, makes himself a variety of suits and goes hunting for Ajax, who had said he could fix his looks, killing an awful lot of people along the way.The events from the past leading up to the road battle are cut through with brief clips from after that, where two of the X-Men, Colossus (Stefan Kapicic) and his apprentice, Negasonic Teenage Warhead (Brianna Hildebrand), have arrived. Colossus wants Deadpool to be a little more restrained in his actions. Deadpool disagrees. Once up to the start of the roadway fight, it then fast forwards through that scene and continues. Cue more destruction and death.There are plenty of small touches to watch out for, such as in the opening credits over the action still frame at the beginning of the film, instead of the regular list of names that would be displayed, there are things such as "A Hot Chick," "A Moody Teen," "A British Villain," "A Gratuitous Cameo" and some less polite phrases. When Wade arrives at Ajax's facility, he requests that the super suit be neither green, nor animated. The first presumably refers to Reynolds's appearance as the Green Lantern in the less than well received film of the same name (there's a Green Lantern card in someone's wallet in the still frame in the opening credits), the second probably to his appearance in the short-lived animated series Zeroman. There's also a final battle on what looks rather like a wrecked Helicarrier (even though that's from the Marvel Cinematic Universe, and this film isn't). There is a cameo by Stan Lee as the DJ in a strip club (he is probably the gratuitous cameo mentioned in the opening credits).This isn't the first time that Reynolds has played the role of Deadpool/Wade Wilson, as he also did this in X-Men Origins: Wolverine. The events of that film have been ignored by all the X-Men related films that have come afterwards, and this film is no exception (although Wade does have a Deadpool action figure from that film in his apartment), so don't expect it to be in anyway a sequel. This story has a lot more in common with the comic book portrayal of the character, even down to the suit - suits not always making it into the films. This latest depiction would seem to be a pretty faithful rendering of the comic book character.For those unfamiliar with Deadpool, be aware that in the comic books he breaks the fourth wall (the fourth wall is the imaginary wall at the edge of the stage between the actor and the audience;[1] when an actor breaks the fourth wall, they display a knowledge that they are in a work of fiction[2]) and talks directly to the reader. This habit stays true in this film, and not only does he talk to the camera, he also gets chewing gum on it and points it in a different direction. Deadpool also references the fact that it is a film, with comments such as "it's almost as if the studio couldn't afford a third X-Man" and discusses Ryan Reynolds' acting ability (or lack of it, suggesting that he's getting by on his looks).This has a rather higher rating than most superhero films, but as Deadpool says "This is a different kind of superhero story." There is a lot of, often gory, violence as Deadpool shoots and hacks his way through an army of minions looking for Ajax. There are also frequent sexual references and a lot of bad language. Yes, this is a totally different type of superhero story. Ryan Reynolds, as the smart mouthed Deadpool/Wade Wilson, talks almost constantly through the film. This is something else that Deadpool is known for; his nickname is the "Merc with a Mouth." Reynolds (despite Deadpool's comments to the contrary), fulfils this part of the character very well.This is definitely a more mature film than is common for superhero adaptations, but Deadpool is a more mature (and violent) character than most. It is also very funny, with his constant comments about pretty much everything. There is, as expected, a post-credits scene. Or, rather, the same one divided into two parts. Of course, given Deadpool's habit of breaking the fourth wall, this isn't simply a clip from an upcoming film, or a regular post credits scene. Instead, Deadpool has a chat with the audience about the sequel - and a sequel is definitely something to look forward to. Deadpool may not be a family friendly film, but it is certainly one of the more standout superhero adaptations - and a lot of the recent ones have been good, so that gives an idea as to just how good this film is; the trailers looked great and the film doesn't disappoint. 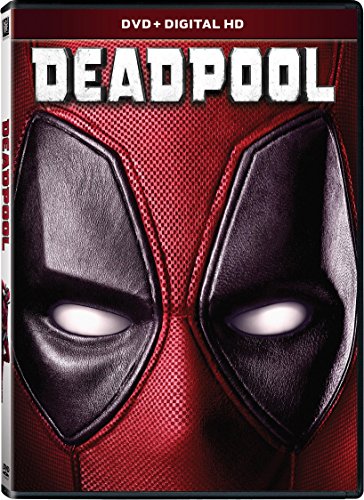