Read more articles on Movies and Television. You too can earn money from writing articles by signing up for InfoBarrel.
InfoBarrel is a writing platform for non-fiction, reference-based, informative content. Opinions expressed by InfoBarrel writers are their own.
InfoBarrel > Entertainment > Film > Movies

In Drive, Ryan Gosling plays the unnamed star, Driver, of the film. He's an auto mechanic, part time Hollywood stunt driver and part time getaway driver. His boss for all of these is the owner of the garage where he works, Shannon (Bryan Cranston, Godzilla, Larry Crowne). His past isn't known, or how he gained his skills, or even what his goals in life are. All the work he does is instigated by Shannon.Gosling's character is quiet, and rarely speaks. When he does speak, he often takes some time after being spoken to before he replies, assuming he replies at all. On the rare occasions where he threatens someone, he does so in the same, quiet tone of voice he normally uses, which makes it all the more effective. The Driver seems to have problems interacting with others emotionally, although he appears to be more connected as the film progresses.

Credit: http://en.wikipedia.org/wiki/File:Drive2011Poster.jpgAs well as their other activities, Shannon wants to get into stock car racing. Financing is going to be provided by a local gangster and former film producer, Bernie Rose (Albert Brooks), who is in partnership with a rather more overtly threatening character, Nino (Ron Perlman, Conan the Barbarian, Season of the Witch).By chance, the Driver strikes up a relationship with his next door neighbour, Irene (Carey Mulligan, The Great Gatsby), and her son, Benicio, when their car breaks down. Irene's husband, Standard (Oscar Isaac, Ex Machina, Star Wars: The Force Awakens, X-Men: Apocalypse) is currently in prison. When he is released unexpectedly, Standard is attacked and his family threatened if he doesn't do a job for some people he owes money to for protection in prison. The original debt incurred in prison has vastly increased, and doing the robbery is the only alternative provided to prevent harm to his family.Driver, unusually of his own volition, decides to help do the job, presumably to protect Irene and her son, with whom he has formed an emotional attachment, even though she is already in a relationship, and he seems to have no intention of damaging that one. The job is robbing a pawn shop, but it goes wrong, and appears to have been a setup from the start, at least as far as the participants in the robbery are concerned. Driver is left with the money from the robbery, which he has no interest in keeping, and simply wishes to return to the ultimate instigator of the heist. All he wants in exchange is to be left alone.The occasional outbursts of violence from Driver are effective and bloody. Whatever his past was, he seems to be no stranger to violence or guns, even if he doesn't get involved in the actual robberies he aids in as the getaway driver, and doesn't carry a gun.Rather oddly, for a film that is called Drive and whose lead character is referred to as Driver, there isn't much in the way of car chases. There are only two scenes which feature any sort of chase, and only one of those, short as it is, bears any relation to the typical high speed chases so common in action films. The initial chase scene is nothing like that, and actually is more effective, as it highlights Driver's competence in getting away from a robbery without unnecessary fuss. Having said that, adding such chases would have probably taken away from the rest of the film, and are not really missed.This is a good, if occasionally bloody film. The violence is done well, stylish rather than excessive, and Gosling's character is interesting, especially as Irene and her son draw him out of himself. Drive is a car thriller with a difference. 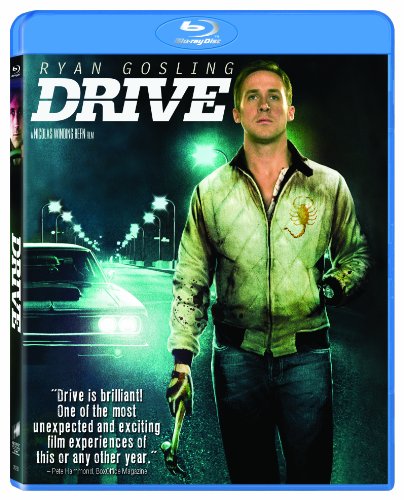