Get the Fantastic Four films cheaply on Amazon. You too can earn money from writing articles by signing up for InfoBarrel.
InfoBarrel is a writing platform for non-fiction, reference-based, informative content. Opinions expressed by InfoBarrel writers are their own.
InfoBarrel > Entertainment > Film > Movies

Certificate 12A, 100 minutesDirector: Josh TrankStars: Miles Teller, Kate Mara, Michael B. JordanFantastic Four is the reboot of the Fantastic Four film franchise. It opens in 2007 when a young Reed Richards (Owen Judge) is presenting to his school's career class what he wants to be when he grows up - the first person to successfully teleport. His teacher belittles him, but a classmate, Ben Grimm (Evan Hannemann), is more attracted to the idea. Reed has been building his quantum teleportation device in his garage; the first test is sort of successful, but also blacks out a chunk of New York - and begins a friendship between two rather different individuals.Seven years later and an older Reed (Miles Teller, Insurgent, The Divergent Series: Allegiant) and Ben (Jamie Bell, Man on a Ledge) are presenting a new version of the project at a science fair. Although the project is successful, it is belittled as being magic, not science. However, two visitors - Dr. Franklin Storm (Reg E. Cathey) and his daughter Susan (Kate Mara, The Martian) - are rather more impressed, as they have been working on quantum teleportation themselves, albeit unsuccessfully, and Dr. Storm offers Reed a scholarship to work at the Baxter Foundation.

Credit: https://en.wikipedia.org/wiki/Fantastic_Four_%282015_film%29#/media/File:Fantastic_Four_2015_poster.jpgThe quantum teleportation that Reed had been working on is not, as he though, teleportation between two places on earth, but is in fact teleporting things between dimensions, to a parallel but vastly different planet. The project had been started by Victor von Doom (Toby Kebbell), who had originally left but is brought back by Franklin, together with Franklin's son, Jonny (Michael B. Jordan, Chronicle), who is a bit of a troublemaker.With Reed's input, the project is successful. When this happens, the project's financial backers decide to bring in NASA, so that they can go on the first mission, rather than the creators, as had been promised. Reed. Johnny and Victor decide to travel to the other dimension before that can happen, and Reed gets Ben to join them. The other planet is riddled with some sort of strange energy; Victor is lost and the others are all affected, including Sue, who gets blasted by it when the capsule returns.The four survivors all start exhibiting unusual powers, so naturally the military considers them to be a useful resource - and want to build a new teleporter to go back to the planet, to see if they can create, effectively, supersoldiers. There, they find that Victor hadn't died - no surprise - and is not exactly friendly, as well as having powers of his own.The four are portrayed as being substantially younger than they usually are, as well as having a different backstory of how they got their powers; rather than the canon exposure to cosmic rays during a mission into space, it is by exposure to an unusual energy in a parallel dimension - creatively named "Zero."This film takes a long time to get to what you know is going to happen - the inevitable confrontation with Victor von Doom - and then said confrontation is over extremely quickly. It feels like they spent a little bit too much time on the new origin story and not enough on the climactic conclusion.

This is the type of film that you would quite expect to see in 3D, yet it isn't. There were apparently plans to convert it into 3D in post production, but the director decided not to in order to keep the experience as pure as possible.[1] A worthy aim, and one that should be done more often, but there is a feeling that the real reason was the knowledge that the film was rather lacking, and adding 3D would have increased the cost without truly adding anything, reducing the film's profitability.The effects and appearance of the film in general are good although, as mentioned earlier, this isn't in the expected 3D, but the storyline and the interaction between the major characters is a bit lacking.  The team never seems to quite gel as a team - but then, for a lot of the film, they aren't actually working as a team, and are often completely separate from each other. As far as superhero reboots go, there have been better. The film feels more like the first part of a longer film, rather than an entire film in itself; either it should have been longer, or there should have been a lot less build-up and a lot more finale than there actually was. Fantastic Four may work well as the introduction to the new franchise when - or, possibly depending on how well this one does, if - the sequel comes out, but by itself it's not as "fantastic" as it could have been. 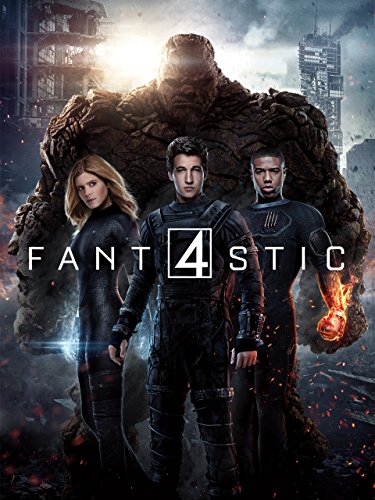