Buy the book The True Meaning of Smekday cheaply from Amazon. You too can earn money from writing articles by signing up for InfoBarrel.
InfoBarrel is a writing platform for non-fiction, reference-based, informative content. Opinions expressed by InfoBarrel writers are their own.
InfoBarrel > Entertainment > Film > Movies

Certificate U, 94 minutesDirector: Tim JohnsonStars: Jim Parsons, Rihanna, Steve MartinHome is an animated film based on the children's book The True Meaning of Smekday by Adam Rex. It opens with a Boov called Oh (Jim Parsons) saying that today is the best day as it's moving day. The Boov are a migratory race of aliens whose greatest skill is that of running away, as they flee their enemy the Gorg. Led by Captain Smek (Steve Martin), the individual Boov who is apparently the greatest at running away (and, as the film develops, seems a rather less than ideal choice for a leader), they have just arrived at a new planet - Earth.

Credit: https://en.wikipedia.org/wiki/Home_%282015_film%29#/media/File:Home_%282015_film%29_poster.jpgThe Boov consider the inhabiting humans to be primitive and backwards (cue picture of drooling baby) and in need of their help. The aliens invade the planet, suck up all the human residents, and relocate them to Captain Smek's Happy Humanstown. After removing the humans, the Boov then start to clean up the place, messing about with gravity and making large portions of the planet float, identifying which things are useless and which are not (with some rather odd definitions of both at times) before the new inhabitants move into their new homes.Oh is rather unique amongst the rest of his race. He says his name has been given to him by his many, many friends - as they say "Ohhhh" whenever he arrives - and is more outgoing than the other Boov, wanting to do things like party. Boov do not party. His best friend is Officer Kyle (Matt Jones), but only in Oh's eyes, as Kyle is simply unfortunate enough to have a job that keeps him in one spot. Oh also has a rather odd use of syntax.Tip (Rihanna, Battleship, This Is the End) is a teenage human girl. When the Boov sucked up all the human occupants of the city, they took her mother, Lucy (Jennifer Lopez, Parker), but failed to take her, separating the pair. Tip now lives with her cat, Pig, hiding from the Boov and desperate to find her mother again.The two bump into each other when, after making yet another mistake, Oh ends up on the run from the rest of the Boov. Tip is not happy to meet Oh, even after he fixes her car, in a rather Heath Robinson contraption manner. At least it flies better now. Oh agrees to help her find her mother, as he hides from the rest of the Boov race. Unfortunately, his latest mistake could mean the end of everyone on Earth.The film is available in both 2D and 3D. With this being a computer animated film, the 3D works well - in general, computer animation works better than live action for 3D - but doesn't add that much to it. The cast is pretty small - the primary characters are Tip and Oh, with Captain Smek and Kyle being the only other significant characters. As such, it is largely about the relationship between Tip and Oh, and the two do interact well, as Tip manages to disabuse Oh of his notions of how humans and Boov get on. He is of the opinion that the two races are best friends, and that the Boov sincerely helped the humans by relocating them all. Gradually, they become friends.The animation is good, though, with the now customary attention to small details, such as mud splatters on Tip's car. There is also a difference between the technology of the Boov and their enemies, the Gorg. Boov technology tends to a large use of bubbles, and therefore with soft, rounded edges, whilst the Gorg use sharp angles. This makes the Boov look less threatening and the Gorg more menacing. A subtle but effective touch.There is quite a bit of humour in the film, of different types, some related to the differences between what the Boov find good and what humans do. At one point, Oh refers to the music on the radio as "just noise" -  the entire soundtrack was done by Rihanna herself. One problem, for watchers of The Big Bang Theory, is that every time Oh says "Oh," he sounds a bit too much like Sheldon Cooper. Home is a nice, innocuous animated film that is watchable by all, even if it isn't the best example of the type. 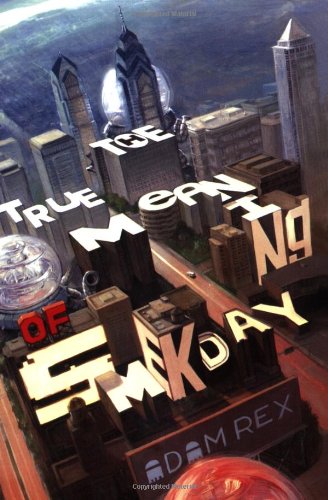