Buy the novel Homefront or the film cheaply from Amazon. You too can earn money from writing articles by signing up for InfoBarrel.
InfoBarrel is a writing platform for non-fiction, reference-based, informative content. Opinions expressed by InfoBarrel writers are their own.
InfoBarrel > Entertainment > Film > Movies

Certificate 15, 100 minutesDirector: Gary FlederStars: Jason Statham, James Franco, Winona RyderHomefront is based on the novel of the same name by Chuck Logan. Phil Broker (Jason Statham) is at the start of the film working undercover for the Drug Enforcement Agency (DEA), by the looks of it in New Orleans, where he has infiltrated the Outcast Motorcycle Gang who have a meth lab and are distributing the product they cook in it. Whilst the bust does not exactly go wrong, it doesn't go entirely to plan either, and it seems that Broker is not happy with how things went down. 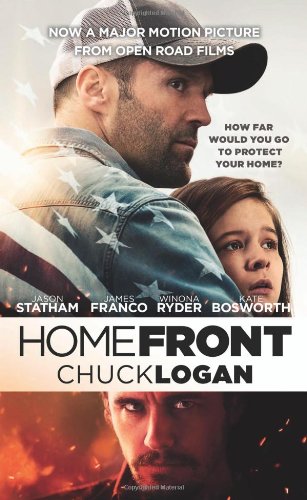 Two years later, Broker is living in the small Louisiana town of Rayville with his daughter Maddy (Izabela Vidovic). He is presumably retired, although this is not exactly made clear - this is an inference from the title sequence that this is the case, but he later behaves, and so does his former boss amongst others, in such a way that it seems he is still active to some extent. Broker is trying to live a quiet life when his daughter gets in a fight at school. When another pupil, Teddy Klum (Austin Craig), tries to bully her, she takes him down - hard. Teddy's mother, Cassie (Kate Bosworth), completely blames Maddy, and by inference her father, for this and considers her child to be the one picked on. Cassie is erratic, on edge and certainly seems to be wired on something. When her husband Jimmy (Marcus Hester) also gets put down - this time by Broker - she gets her brother, Morgan "Gator" Bodine (James Franco, Oz the Great and Powerful, The Interview, This is the End, Your Highness), involved.

Credit: http://en.wikipedia.org/wiki/File:Homefront_promotional_poster.jpgGator is a meth cook and small time drug dealer, a big fish in a little pond who, when he discovers that Broker is a cop, believes this is his ticket to the big time so that he can become a big time meth supplier by parlaying that knowledge, together with his partner Sheryl (Winona Ryder).This is not actually a typical Statham film; there is not as much action as is normally seen in them, making this less of an action film and more of a quite violent thriller. There are some typical Statham action scenes, but these are certainly quite sparse in the first hour or so of the film, as his character Broker is actually trying to keep his head down and not cause trouble. The action does pick up towards the end though, with quite a lot of deaths, and some possible ones.The camerawork is often quite annoying. The filming is often jerky as if the cameras are being handheld. Bits are also sometimes shot filming through gaps in the scenery, which is often done when someone is being spied on, but is usually not the case here. Here, the only one doing the spying is the cameraman, so this gives a false impression. There doesn't seem any good reason to do this. The most annoying shots are when two scenes are chopped together, showing a few seconds from one scene, then a few from the next, then a few from the first and so on. Rather than this being a smooth blend from one scene to the next, or being done in a way that actually adds to it, this instead makes the beginning of one scene and the end of the previous one almost unwatchable. These are presumably all done to add atmosphere, but instead just detract from the film.The potential love interest between Broker and Susan Hetch (Rachelle Lefevre) is not capitalised on and is more of an unused plot element than anything else - perhaps it never made it into the film from the book. There are also a couple of odd things regarding people's behaviour. Some seem to switch attitudes far too easily, with no explanation, which is especially true with Sheriff Keith Rodrigue (Clancy Brown). Again, perhaps this was something that was in the original novel. Another odd, if not downright stupid, habit that those cooking meth have is to wear a face mask to protect themselves from the highly toxic fumes produced, yet are perfectly happy to take them off to talk to people or answer the phone. The latter being itself something that is extremely hazardous given that the fumes are also flammable and mobile phones can cause sparks. The characters have demonstrated that they know how dangerous cooking meth is by wearing the masks - and, in one case, telling another character not to try and light up whilst within the fumes - so why then ignore it a few seconds later?. Homefront isn't a bad film, but it feels that it should have been better than it was, and it's a bit more plot driven that Jason Statham's usual fare. 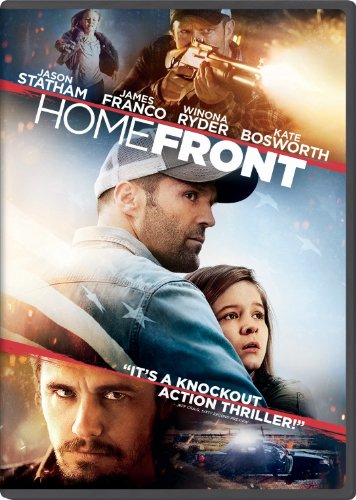