By the novel Interstellar cheaply from Amazon. You too can earn money from writing articles by signing up for InfoBarrel.
InfoBarrel is a writing platform for non-fiction, reference-based, informative content. Opinions expressed by InfoBarrel writers are their own.
InfoBarrel > Entertainment > Film > Movies

Certificate 12A, 169 minutesDirector: Christopher NolanStars: Matthew McConaughey, Anne Hathaway, Jessica Chastain"Rage, rage, against the dying of the light"Set in the not-too-distant future, the Earth of Interstellar has become less than hospitable. Civilisation has, to a large extent, turned its back on much of existing technology, and certainly from space, turning away from any chance it has of helping them. Wars have ceased as militaries have been disbanded, and governments are barely noticeable. The generation in charge believes they are a custodial generation, treading water for their children, so that they can live again.Unfortunately for them, this is not the case. Earth is, if not dying, rapidly becoming inhospitable for humanity. Food crops are progressively being wiped out by a disease called the Blight. There are fewer and fewer crops to support life, and farmers are in the most demand. The ground itself is turning to dust, and huge dust storms make even breathing difficult. If something isn't done, humanity will soon become extinct.Cooper (Matthew McConaughey, The Wolf of Wall Street) is a former NASA pilot and engineer, now struggling as a farmer to keep his children alive, a job he is less than keen on. A series of odd events lead him to a secret facility, run by an old acquaintance of Coop's, Professor Brand (Michael Caine, Kingsman: The Secret Service, Now You See Me, The Dark Knight Rises), where the remnants of NASA are embarked on a last-ditch mission to keep mankind alive.

Credit: http://en.wikipedia.org/wiki/Interstellar_%28film%29#mediaviewer/File:Interstellar_film_poster.jpgOut near Saturn a wormhole has been discovered, one that leads to another galaxy. Through the wormhole there are a dozen easily reached planets. The Lazarus missions sent people out to those planets to see if they would be suitable for establishing a colony on. Coop is asked to pilot the Endeavor, a much larger ship, through the wormhole to a system containing three of those planets.Coop and his crew, Professor Brand's daughter Amelia (Anne Hathaway, The Intern), Doyle (Wes Bentley) and Romilly (David Gyasi) are accompanied by two robotic A.I.s that are former Marines, TARS (Bill Irwin) and CASE (Josh Stewart). In their quest through the other side of their wormhole, they will be in great danger, as two of the planets are orbiting a black hole, one of them extremely close, with corresponding time dilation effects and, in retrospect, what will obviously happen to a planet covered in water close to a huge gravitational source.Interstellar is a long film. It has a lot of story to tell, and it makes sure that it tells it. It is quite some time into it before the crew actually get into space, because Coop's relationship with his children needs to be covered. Despite the length, it never feels long, and the pace really starts to pick up, helped by the music, which the film heavily uses. Once into space, it is visually spectacular. There are many space scenes, which would appear to be a selection of genuine footage (Saturn), pure CGI (the black hole) and a combination of the two (Endeavor crossing in front of Saturn).This is definitely a science fiction film, based on genuine science and scientific theory, rather than a space opera film, based on making it up as you go along. The film is overall pretty accurate scientifically, and those areas where nothing is known for certain about (such as what it's like inside a black hole) do, at least, seem plausible, and are probably based on theories.[1] One thing that is noticeable is the lack of sound in space, which is true to life but something that is often misrepresented at the cinema. When thrusters and manoeuvring systems fire in space, there is no sound. The description of the wormhole, and the concept of wormholes, is pretty accurate. Wormholes are a theoretically possible method of getting around the limitation of light speed, not by going faster than it, but by reducing the distance between two points so that a journey is much shorter, which is how the Endeavor was able to transit to another galaxy so quickly.There do seem to be elements of 2001: A Space Odyssey in the film, but more in the overall, rather epic, feel of some of the story, than of the story itself. The characters are great, with both heroes and villains, as people react differently to the dangerous situations they are in, and a father's quest to save his children from death. Comic relief is provided mostly by the robot TARS, who has a humour setting that keeps being readjusted. The film may not appeal to everyone, but there is enough in it to appeal to most. The story isn't just about the crew in a distant galaxy, but also about what is happening on Earth in the meantime as the world becomes increasingly inhospitable. Interstellar is a thoroughly enjoyable and dramatic film, with one of the most realistic depictions of space travel around, as well as a story that does keep you gripped as you try and work out how everything is going to turn out. 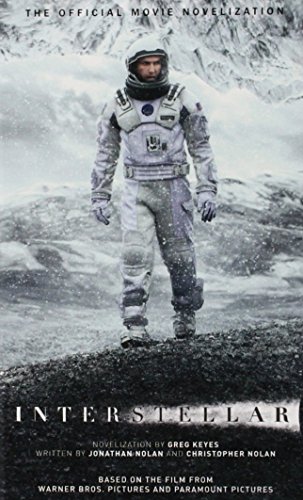