Get the original Kick-Ass or Kick-Ass 2 from Amazon. You too can earn money from writing articles by signing up for InfoBarrel.
InfoBarrel is a writing platform for non-fiction, reference-based, informative content. Opinions expressed by InfoBarrel writers are their own.
InfoBarrel > Entertainment > Film > Movies

Certificate 15, 102 minutesDirector: Jeff WadlowStars: Aaron Taylor-Johnson, Chloë Grace Moretz, Christopher Mintz-PlasseKick-Ass 2 sees Aaron Taylor-Johnson (Avengers: Age of Ultron, Godzilla) return as the titular hero (real name Dave Lizewski). The opening scene of the film resembles an early scene in the original where Mindy Macready/Hit-Girl's (Chloë Grace Moretz, Dark Shadows, Hugo, The Equalizer) father shoots her with a gun, only this time it's Dave who is being shot by Mindy. Dave, despite having retired as Kick-Ass, is getting bored with his normal life and decides to start up his superhero career again. This time, he gets training from Mindy who is, after all, much better at this than Dave is. Mindy, after the death of her father, is now living with her father's friend and former colleague, police detective Marcus Williams (Morris Chestnut, The Call) as well as struggling somewhat with high school.In the meantime Chris D'Amico (Christopher Mintz-Plasse, Fright Night, ParaNorman), the former superhero Red Mist, has gone more than a little crazy and wants revenge on Kick-Ass for killing his dad by shooting him with a bazooka. He decides to become the first supervillain, The Mother F%*&!r, whose superpower is that he is rich, as otherwise he's a bit of a wimp. Using this "superpower" he recruits an army of supervillains with the intent of tracking down and killing Kick-Ass. There are also more superheroes who were originally inspired by Kick-Ass, including a superhero team called Justice Forever which is led by Colonel Stars and Stripes (Jim Carrey, The Incredible Burt Wonderstone). 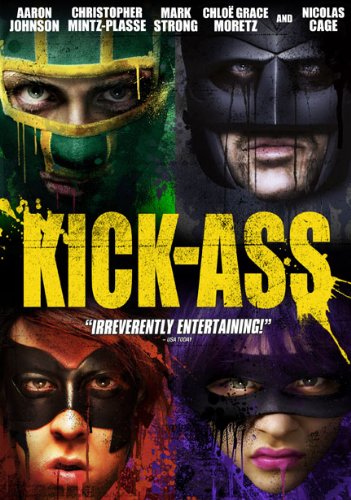 Kick-Ass Amazon Price: $9.98 $2.99 Buy Now(price as of Sep 12, 2015)
The original Kick-Ass film suffered from controversy regarding Hit-Girl's "potty mouth" as she swore a number of times, including some swearwords that were considered totally inappropriate by certain groups. Oddly, no-one seemed to be quite as bothered by her killing around 42 people, sometimes quite messily.

Credit: https://en.wikipedia.org/wiki/File:KA2-International-Poster.jpgIn Kick-Ass 2 the amount of swearing she does seems to be quite a bit higher than it was in the first film. The complaints regarding Hit-Girl's swearing even seem to be referenced, as there's a swear jar which she puts money into when she swears, which she does at one point with the comment that they are going to need a bigger jar.The controversy with this film was when Jim Carrey withdrew his support of the film due to the level of violence which, after the Sandy Hook massacre, he felt he could no longer condone.[1]

As Good as the First?

Overall, Kick-Ass 2 seems quite a bit darker in tone than the original film, even though the body count actually appeared to be lower, with one scene in particular that was a bit disturbing, even though it had been toned down, and lightened up, from the original scene in the graphic novel. The character emphasis is a bit different in this film, with Dave's dad (Garrett M. Brown) playing a much bigger part than he originally did, being more of a major character.Kick-Ass 2 has a lot of, sometimes very, bloody violence, lots of swearing and is most definitely not family friendly. There is a bit less humour in the violence, which contributes to the darker tone, and more of an emphasis on the consequences of violence, especially when you consider that The Mother F%*&!r's hatred of Kick-Ass, and the former's behaviour in this, stems from the latter's actions in the first film. The movie also lacks the standout, if violent, Hit-Girl scenes from Kick-Ass, namely the "Banana Splits" scene, the "Bad Reputation" scene and the live streaming internet massacre.Could there be a Kick-Ass 3? It certainly looks to have been set up as a possibility at the very least, and definitely potentially there when the post credits scene is considered. A sequel will quite likely depend on the level of success the film has, and it is highly likely it will make a good profit as it was made at an amazingly low budget. Kick-Ass 2 is not quite as enjoyable as the first film, as well as certainly not being to everyone's tastes, but it is still a film that those who enjoyed the original will like. 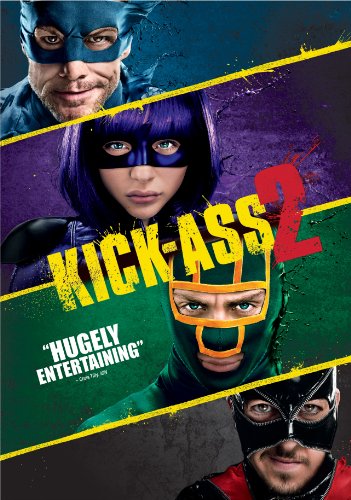