Get Krampus cheaply from Amazon. You too can earn money from writing articles by signing up for InfoBarrel.
InfoBarrel is a writing platform for non-fiction, reference-based, informative content. Opinions expressed by InfoBarrel writers are their own.
InfoBarrel > Entertainment > Film > Movies

Certificate 15, 98 minutesDirector: Michael Dougherty Stars: Adam Scott, Toni Collette, David KoechnerKrampus opens with what is basically a riot in a large store, to the sound of Christmas music, perhaps to show just how much the spirit of Christmas has been lost as people try to get last minute Christmas bargains in. It's a few days before Christmas, and Max (Emjay Anthony, Chef), the son of Tom (Adam Scott) and Sarah (Toni Collette, A Long Way Down) isn't really looking forward to his cousins, his mother's sister, Linda's (Allison Tolman), family coming round for Christmas. Most of the family, including Max's older sister, Beth (Stefania LaVie Owen), really is, but Christmas is apparently the time of year that you put up with people you don't actually like. Max's grandmother, Tom's mother, who he calls Omi (Krista Stadler) - Omi is German for granny; the grandmother only speaks German for most of the film, and was apparently born in that country.

Credit: https://en.wikipedia.org/wiki/File:Krampus_poster.jpgLinda arrives with her husband, Howard (David Koechner, Scouts Guide to the Zombie Apocalypse), daughters Stevie (Lolo Owen) and Jordan (Queenie Samuel) - it seems Howard really wanted boys - son Howie Jnr (Maverick Flack) and toddler Cherub (Ivy George). She also has the sisters' Aunt Dorothy (Conchata Ferrell) in tow, which doesn't exactly make Sarah happy - the aunt really isn't popular with either sister for that matter. There is a lot of friction between the two families - at one point Howard makes a comment about the others being rich, despite the fact he is driving a Hummer; hardly the cheapest vehicle around. Max has written a letter to Santa; all he really wants for Christmas is for everybody to be happy again, and for Christmas to be like it used to be. This is a pretty standard premise for a Christmas film - a family overcomes their internal problems and rediscovers the true spirit of Christmas again, and their feelings for one another, and maybe, just maybe, Santa Claus turns out to be real after all.This isn't that sort of film.Max ends up tearing up his letter to Santa and throwing it out of the window instead of posting it. When he does so, a storm of rather odd appearance boils up in a matter of minutes and the electricity for the neighbourhood goes out, making things rather chilly. The next day, everything outside is covered in snow and ice, which has reached a surprising depth overnight, and conditions are treacherous. A snowman has also appeared in the garden. Not only the electricity is out, but the phones are down too, including the cell towers by the looks of things.Beth goes out to look for her boyfriend, who lives only a few blocks away, when she sees a huge, horned figure on the roof of one of the houses. This figure then starts chasing her, leaping from roof to roof with surprising agility, considering how sluggish it turns out to be on the ground. The figure is bedecked in chains that have bells attached to them. She runs to get help from a delivery van, but the driver inside is dead, apparently frozen and terrified.When Beth fails to return, Tom and Howard go looking for her in Howard's Hummer. Howard has a couple of guns - a shotgun and a revolver - in the Hummer, and the pair equip themselves. They find the neighbourhood is deserted, with the houses empty and apparently having been burgled - or something - as well as being covered in ice. The temperature outside is plummeting and conditions are getting worse. Then something hidden in the snow attacks Howard and bites his leg. Tom manages to drive it off, and the pair return home without Beth. 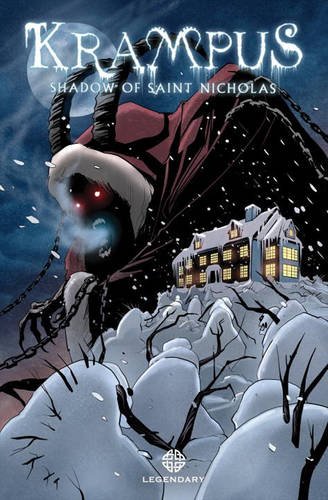 Trapped in their house, there is something trying to get to them, at it seems to be picking off the children first. Omi apparently knows what it is, as she met it before, when she was young, and tells the story of that meeting - which is animated in some way, for whatever reason. She says it is the Krampus (Gideon Emery), a creature from Germanic folklore who punishes children who have misbehaved at Christmas.[1] He is assisted by toys that are alive, and animated, as well as some evil gingerbread men and elves. He is the reverse of Saint Nicholas; he has come to punish and take, not reward. The people in the house try to keep Krampus's minions outside, but some are already inside and waiting to pounce. Omi says the fire needs to be kept warm, and it seems Krampus also comes in the same way as Santa Claus traditionally does.The film is billed as being comedy horror - it really isn't. There's barely anything in it, with the exception of the death of some of the gingerbread men, that could be considered remotely humorous. This is pure fantasy horror, so it's also not exactly gory either, although there is a little and this may be more shocking. Toys aren't really expected to bleed. The use of evil toys, such as evil dolls, revisits a childhood fear that toys become alive when the lights go out, and these toys are not remotely pleasant, including a bizarre jack-in-the-box that doesn't seem like it could have possibly come out of the box. Having evil gingerbread men also works well. The evil toys are probably the best part of the film, but it was a surprise that the army of snowmen that appeared outside the house didn't come to life as well.There are some good bits to the film, and it is horror of the creepy, rather than gory, kind. Those who are successfully attacked by Krampus and his minions tend to just disappear, without any blood, although the disappearance may be witnessed in a couple of cases. Not all the reactions of the people seem that realistic, though. When Beth goes missing, and Tom and Howard fail to find her on their first attempt, they simply stay at home. Your daughter is missing outside in sub-zero temperatures in a deserted neighbourhood, and you may have actually heard her calling for help when you went looking, and you decide to put off looking for her until the weather improves? That really just doesn't seem likely. Little things like that detract from the film and make it a bit disjointed. Yes, the families have problems, but the parents really don't seem to be disturbed enough by the loss of their children. Krampus has some interesting ideas, especially when it comes to turning Christmas icons into items of horror, and fortunately they haven't truly made a cop-out ending, but it just doesn't seem to properly work. 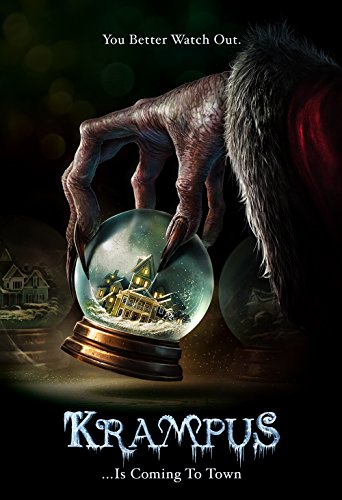