Buy London Has Fallen or the original Olympus Has Fallen cheaply from Amazon. You too can earn money from writing articles by signing up for InfoBarrel.
InfoBarrel is a writing platform for non-fiction, reference-based, informative content. Opinions expressed by InfoBarrel writers are their own.
InfoBarrel > Entertainment > Film > Movies

Certificate 15, 99 minutesDirector: Babak NajafiStars: Gerard Butler, Aaron Eckhart, Morgan FreemanLondon Has Fallen is the sequel to Olympus Has Fallen, and sees various people reprise their roles. It opens with a  number of verbal news reports about gun violence and terrorist attacks in various countries, before going to the Punjab region in Pakistan, where a car is approaching a large, fortified compound. There is another news report linking the various violent events in the previous ones to a notorious arms merchant, Aamir Barkawi (Alon Moni Aboutboul), who is fostering violence to increase his sales. The compound is Barkawi's, and the man approaching is one of his sons. Barkawi's daughter's wedding is being held on that day, and a US drone launches a missile attack on the compound. 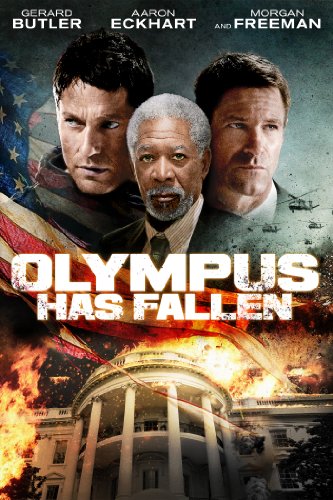 Two years later in Washington, D.C., and Secret Service agent Mike Banning (Gerard Butler) is expecting a baby with his wife, Leah (Radha Mitchell, Silent Hill: Revelation), and he is planning to resign from the Presidential Protection detail of the Secret Service. He is still on good terms with the U.S. President, Benjamin Asher (Aaron Eckhart, I, Frankenstein). Allan Trumbell (Morgan Freeman) is no longer the Speaker of the U.S. House of Representatives, but is now the Vice President.Asher receives a phone call saying that the British Prime Minister, James Wilson, has died of a heart attack, presumed to have been caused by complications following surgery. There will be a state funeral at St Paul's Cathedral and many heads of state are heading to London to attend it. Banning and Lynne Jacobs (Angela Bassett), the Director of the Secret Service, are less than happy about the last minute nature of the funeral, from a security point of view, but eh President has no choice but to attend.

Credit: https://en.wikipedia.org/wiki/File:London_Has_Fallen_poster.jpgThere are multiple coordinated attacks against the various attending dignitaries in London; the Canadian Prime Minister is killed by a bomb attached to his car, the German Chancellor is killed by gunmen, the French President by a boat filled with explosives, the Italian Prime Minster by a bomb at Westminster Abbey and the Japanese Prime Minister when two car bombs are detonated on the bridge he was on over the Thames, collapsing it into the water. The attackers new when and where to strike each head of state, despite the security surrounding them. It seems odd that, in the few days since the British Prime Minister died, they were able to coordinate multiple attacks and knew all the relevant security information, as well as organise what appear to be hundreds of men with guns, explosives and larger weapons. There is a reason for this, though, and it's one that can easily be guessed.Only the U.S. President, whose schedule Banning had altered without telling anyone, and the new British Prime Minister Leighton (Clarkson Guy Williams) survive. Whether Leighton would have actually become Prime Minister without a vote is open to question, especially as a British PM hasn't died in office in well over a hundred years.There then follows a car chase through the streets of London, as Banning tries to get Asher away from the attackers. He succeeds, and they make it to Somerset House, where the President is evacuated in Marine One. Of course, it isn't going to be that easy. Marine One, and its two escorts, are shot out of the sky by Stinger missiles, and Banning and Asher have to try and make it on foot through the streets, with the power now cut off by the attackers.It seems that London's Metropolitan Police has been compromised, as have a number of other areas. Despite having the manpower (albeit not the hardware) to invade a decent sized country, the Met is unable to do anything, as their own people are being killed by terrorists in police uniforms, so the army has to be called in.Barkawi is the one behind the attack (this is not a huge surprise; it was obvious given his appearance at the beginning of the film that he would be) as, in what is an example of one of the most inaccurate attempts at a surgical strike, the drone attack failed to kill either Barkawi, or his sons, although several of them were injured. Instead, it only managed to kill his daughter, leaving those who are the most dangerous still alive and seeking revenge. Barkawi wants to have the U.S. President executed live on the internet.There are more run and gun chases, and another car chase, through the streets of London, as Banning attempts to keep the President out of the hands of the attackers. With the police and who knows what else compromised, there are very few people who can definitely be trusted. One of them is MI6 agent Jacqueline "Jax" Marshall (Charlotte Riley), who Banning apparently knows.There are really not much in the way of genuine characters in this film. Banning largely just kills vast amounts of terrorist redshirts, often quite messily, whilst occasionally swapping quips with Asher. Most of the other characters really don't have much to do, and don't appear on the screen that often. Chief Inspector Kevin Hazard (Colin Salmon, Resident Evil, Resident Evil: Revelation) of Scotland Yard, the head of Box Command, is left with very little to do, as his entire force is taken out of the equation, leaving him just standing around waiting for things to happen. Even Barkawi, the ultimate bad guy in the film, spends very little time on screen - less than many supposedly more minor characters in fact. Leah's role is greatly reduced in this film, as she is left at home and occasionally seen worrying, rather than the more involved role she had in the first. Other than Banning and Asher, the other characters come across as simply decorative, and often marked for death.Anyone who isn't American is probably going to be less impressed by the film, as anyone who isn't American is not portrayed as being that effective, in the case of allies (such as saying that the British are competent, and then undermining this with the actions of the film, which require an American to fix - albeit one with a very strong Scottish accent), or nasty pieces of work, for others. Its trailer release was also a bit insensitively timed.[1] London Has Fallen is an often brutally violent film, and frankly not as good as the original. 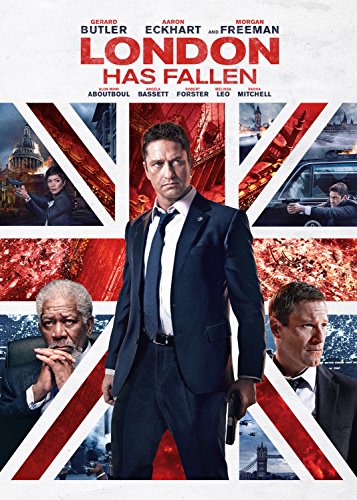