Buy Maleficent or the 1959 classic, Sleeping Beauty, from Amazon. You too can earn money from writing articles by signing up for InfoBarrel.
InfoBarrel is a writing platform for non-fiction, reference-based, informative content. Opinions expressed by InfoBarrel writers are their own.
InfoBarrel > Entertainment > Film > Movies

Certificate PG, 97 minutesDirector: Robert StrombergStars: Angelina Jolie, Elle Fanning, Sharlto CopleyMaleficent stars Angelina Jolie as the titular character, Maleficent. There are two kingdoms in this tale; one, a human kingdom ruled by a king who hates the other kingdom and wishes to take its riches for his own. The other realm, the moors, has no king, or ruler, and is inhabited by fairies and magical creatures. A young Maleficent (Isobelle Molloy), one of the most powerful beings there, lives in the magical realm, as she is a fairy, with wings, horns and pointed ears. Events happen that cause Maleficent to lose her wings, become a much darker person and to swear vengeance against the human realm, with the help of her polymorphed follower Diaval (Sam Riley, Pride and Prejudice and Zombies). The moors as a whole becomes a darker place as a result, lacking the colour and joy that were seen there before, for Maleficent is the most powerful being in that realm.

Credit: https://en.wikipedia.org/wiki/File:Maleficent_poster.jpgMaleficent curses the daughter of King Stefan (Sharlto Copley, Chappie, Elysium, Hardcore Henry), Aurora (Elle Fanning, Super 8), on her christening day. By the terms of the curse, Aurora will prick her finger on a spinning wheel before sunset on her sixteenth birthday and to fall asleep forever, unless she can be awoken by True Love's Kiss. To protect her from this fate, Aurora, whilst a baby, is sent away to live in a remote house in the woods with three pixies, Flittle (Lesley Manville), Knotgrass (Imelda Staunton) and Thistletwit (Juno Temple, Horns), who transform themselves into full sized people. The extremely scatterbrained trio are not the best choice for looking after a baby, as they really don't have a clue how to do it.Maleficent is not a character in the original fairy stories, such as the French The Sleeping Beauty by Charles Perrault or The Briar Rose by the Brothers Grimm, although there was a bad fairy. Instead, she was created as the villainess for the 1959 Walt Disney animated film Sleeping Beauty. The story of Maleficent is well known from the 1959 film. This is not that tale, and it tells how Maleficent became the dark fairy she was in later life.The film is available in both 2D and 3D, with the 3D version being the one seen. With the substantial amount of computer generated effects and creatures in this film, the 3D was noticeable and worked quite well. The colours of the film reflect Maleficent's personality at the time. When she is a young fairy, and filled with joy and happiness, her land of the moors is an extremely colourful and bright realm. After she becomes darker and filled with hatred, the moors also becomes much darker. Even with the dark tones to much of the film, there is still humour in it, especially with the behaviour of the pixies Flittle, Knotgrass, and Thistletwit. This is quite a tame and family friendly film to watch as, even though there is combat, all the violence is pretty much sterilised. Maleficent is a fun watch, and has a twist to it that (if not several) that gives a refreshingly different take on this classic tale. 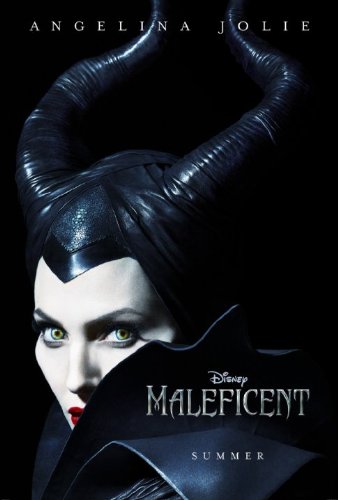