Buy Man of Steel cheaply from Amazon, or read more articles on film and television. You too can earn money from writing articles by signing up for InfoBarrel.
InfoBarrel is a writing platform for non-fiction, reference-based, informative content. Opinions expressed by InfoBarrel writers are their own.
InfoBarrel > Entertainment > Film > Movies

Certificate PG, 143 minutesDirector: Zack SnyderStars: Henry Cavill, Amy Adams, Michael ShannonMan of Steel starts during the last days of Superman's home world, Krypton. Krypton is on the verge of destruction and its culture is stagnant. The inhabitants have been harvesting the planetary core for energy, and as a consequence the core is collapsing. Superman's father, Jor-El (Russell Crowe, Noah) and mother, Lara (Ayelet Zurer) have conceived the first child to be born naturally on Krypton in centuries. Jor-El plans to send the baby away from Krypton to a new world. Millennia previously, Krypton had sent out scout ships and set up outposts across the galaxy, before they retreated back to their home world, and Jor-El picks one of these - Earth - apparently because it will allow his son to be faster, stronger and tougher than would normally be the case. Meanwhile, the Kryptonian military leader, General Zod (Michael Shannon, Midnight Express), attempts to stage a coup as he agrees with Jor-El that their world is doomed; he just has a different solution.The spaceship carrying Jor-El and Lara's child reaches Earth, but the first time we actually see Superman (Henry Cavill, The Cold Light of Day, The Man From U.N.C.L.E.), who is at that time only known under a pseudonym and not even as Clark, never mind Kal-El or Superman, he is an adult and drifting around from job to job, usually moving on when he does something to help others that could call attention to him. We see fragments of his past, whilst he was being raised by Jonathan (Kevin Costner, 3 Days to Kill, Jack Ryan: Shadow Recruit) and Martha Kent (Diane Lane, Inside Out) and was simply known as Clark Kent, in flashbacks throughout the earlier portions of the film as Clark is trying to discover the truth about himself, who his real parents were and where he came from. During the course of his travels he meets Daily Planet reporter Lois Lane (Amy Adams, American Hustle).

Credit: http://en.wikipedia.org/wiki/File:ManofSteelFinalPoster.jpgZod, and some of his officers, have also managed to survive the destruction of Krypton, and have spent the time since it exploded searching for Kal-El, before finally finding him on Earth. Zod demands that Earth hand Kal-El over to him, or Earth will suffer the consequences.Man of Steel is available in both 2D and 3D; the 2D version was the one seen, although this was due to the cinema playing the wrong version. There are a lot of big battle sequences in the film, with much destruction being caused in both Clark's hometown of Smallville, Kansas as well as in Metropolis. These were likely designed to take advantage of 3D.There is little development of the characters of Zod's allies. Faora-Ul (Antje Traue) is the only one who truly gets much screen time, and even then is mostly displayed as just a thug. Only Zod himself gets much to say as he explains his motives. Zod's allies are not the only ones who don't get much character development; even Perry White (Laurence Fishburne, Contagion) is largely undeveloped. There is no appearance by Superman's nemesis, Lex Luthor, although there is a tanker with a Lex Corp logo prominently displayed at one point, so it could be that Lex will be seen in a sequel.The original Superman film and its sequels, which starred Christopher Reeve during the late 70s and 80s, was the first really successful superhero film franchise. Since then, this iconic superhero has mostly seen success through television series such as Smallville and The New Adventures of Superman. An attempt to reboot the film franchise was made with the release of Superman Returns in 2006. This is the second attempt, and it has drawn in, as well as Zach Snyder, Christopher Nolan who helped reboot Batman with the successful Dark Knight trilogy of films. Unlike Superman Returns, which was set some years after the original films in what was presumably an attempt at continuity, this film tells the story from the beginning again.This film is, to a large extent, a remake of the original 1978 film, rather than actually being a new story. That film also had the rogue General Zod coming to Earth and also told the story of Superman's origins, although this version spends more time on Krypton at the beginning, and likely less time covering Clark's life as he grew up. Although a sequel is planned and has been fast tracked, if Man of Steel doesn't perform as well as hoped for it could possibly be cancelled and, unfortunately, the film isn't as good as it could have been. The fact that it is a remake, the emphasis on destructive computer generated combat scenes and lack of character development, as well as the fact that the film feels too long (the story feels padded out) all contribute negatively to the film. The film has good parts, but Man of Steel is not as successful a reboot of this franchise as the Batman trilogy was of its. 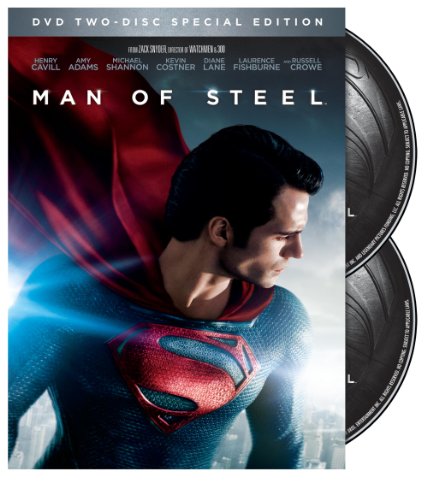