Get The Avengers cheaply from Amazon or read more articles on film and television. You too can earn money from writing articles by signing up for InfoBarrel.
InfoBarrel is a writing platform for non-fiction, reference-based, informative content. Opinions expressed by InfoBarrel writers are their own.
InfoBarrel > Entertainment > Film > Movies

12A certificate, 142 minutesDirector: Joss WhedonStars: Robert Downey Jr., Chris Evans and Scarlett Johansson Known as The Avengers as well as Marvel Avengers Assemble (the latter possibly to avoid confusion with the British TV series also called The Avengers) is the latest superhero film based on Marvel Comics characters, in particular those appearing in the superhero team, the Avengers.The version watched was the 3D version, although it is available in 2D also.Over the past few years, there have been increasing references to S.H.I.E.L.D. - which stands for, in the films, Strategic Homeland Intervention, Enforcement and Logistics Division. In the comics it has stood for Supreme Headquarters, International Espionage, Law-Enforcement Division and Strategic Hazard Intervention Espionage Logistics Directorate - in the films, as well as a number of appearances its agents, as well as some other appearances of other stars.S.H.I.E.L.D. Directory Nick Fury (Samuel L. Jackson, Kingsman: The Secret Service, RoboCop) appeared in Captain America: The First Avenger, Thor and Iron Man 2. S.H.I.E.L.D. Agent Phil Coulson appeared in Iron Man 1 and 2 and Thor. Black Widow appeared in Iron Man 2. Hawkeye appeared in Thor, and Tony Stark had a brief, walk on role at the end of The Incredible Hulk. Erik Selvig (Stellan Skarsgård, The Girl with the Dragon Tattoo), seen in Thor, also appears again, this time working for SHIELD. Pepper Potts (Gwyneth Paltrow, Contagion, Mortdecai) from the Iron Man films appears again, although only with a small role.

Credit: http://en.wikipedia.org/wiki/File:TheAvengers2012Poster.jpgThis has been leading up to this film, Avengers Assemble, as became obvious in both Thor and especially Captain America: The First Avenger. All the heroes in the film have appeared in other films, Natasha Romanoff/Black Widow (Scarlett Johansson) and  Clint Barton/Hawkeye (Jeremy Renner) had parts in Iron Man 2 and Thor respectively, whilst the other have had their own films. Tony Stark/Iron Man (Robert Downey Jr., Captain America: Civil War, Chef, Iron Man 3) in Iron Man 1 and 2, Steve Rogers/Captain America (Chris Evans, Avengers: Age of Ultron, Captain America: The Winter Soldier) in Captain America: The First Avenger, Thor (Chris Hemsworth) in Thor. Bruce Banner/The Hulk (Mark Ruffalo, Now You See Me), although appearing in two previous films recently, Hulk and The Incredible Hulk, is being played this time by yet another actor, being played by a different one each film.The Tesseract, a powerful device and energy source first seen in Captain America: The First Avenger where it was used by the Red Skull and HYDRA to power their weapons, is being investigated by S.H.I.E.L.D. after it was discovered in the ocean where it fell by Howard Stark, Tony Stark's father.Loki (Tom Hiddleston, Crimson Peak), last seen falling into the void in Thor, with the backing of a race called the Chitauri and an individual knows as The Other (Alexis Denisof), returns to Earth to steal the Tesseract for The Other in exchange for domination of the Earth. Nick Fury wants to assemble a team of superheros, under something called the Avengers Initiative (this idea originally appeared in Iron Man 2), to fight him and other such threats. Initially called up are Black Widow, The Hulk, Iron Man and Captain America, who join Fury on SHIELD's flying aircraft carrier.Thor returns to Earth to capture Loki and recover the Tesseract and return to Asgard with them, which causes some initial friction with both Captain America and Iron Man. Eventually, though, they do all join together as a team to fight Loki and the Chitauri.Marvel Avengers Assemble is an enjoyable romp in the superhero genre. The major heroes, and villain, aren't quite as one dimensional as is often the case; the heroes especially often have flaws which makes them more believable as characters. There isn't really that much plot - bad guys appear, good guys fight them - but it's fun to watch anyway. The 3D didn't, as is fairly common, add that much to the film, as it was mostly noticeable when watching scenes with substantial computer created graphics, although there were admittedly quite a lot of them. 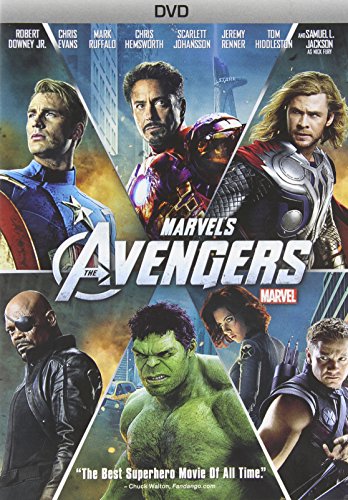