Get Oz the Great and Powerful cheaply from Amazon, or read more articles on film and television. You too can earn money from writing articles by signing up for InfoBarrel.
InfoBarrel is a writing platform for non-fiction, reference-based, informative content. Opinions expressed by InfoBarrel writers are their own.
InfoBarrel > Entertainment > Film > Movies

Certificate PG, 130 minutesDirector: Sam RaimiStars: James Franco, Michelle Williams, Rachel WeiszOz the Great and Powerful starts off in Kansas in 1905. Oscar Diggs (James Franco, Homefront, This Is the End, The Interview, Your Highness), a small time stage magician with big ambitions who appears under the name of The Great and Powerful Oz, is with the Baum Bros. (the name is probably a reference to the writer of the Oz books) travelling carnival when the hot air balloon he is in is sucked into a tornado and transported to the magical world of Oz. There he meets Theodora the Good Witch (Mila Kunis, Jupiter Ascending, Ted) who believes he will fulfil a prophecy made by the late king and defeat the Wicked Witch who poisoned him, resulting in Oz becoming King of Oz. 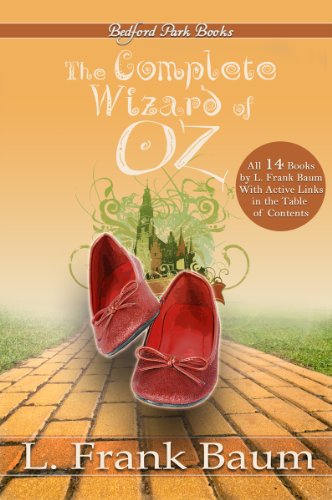 The Complete Wizard of Oz Collection (With Active Table of Contents) Amazon Price: Buy Now(price as of May 23, 2015)

Theodora's sister Evanora (Rachel Weisz, The Bourne Legacy) was an advisor to the late king and resides in the Emerald City. She tells Oz that he will become king and gain access to the country's treasury, if he first defeats the Wicked Witch. Oz is not a good man, which he readily admits, possessing a whole list of negative characteristics, narrated both by him and others. He is interested in becoming king more for the gold than anything else.

Credit: http://en.wikipedia.org/wiki/File:Oz_-_The_Great_and_Powerful_Poster.jpgAlong the way Oz teams up with a flying monkey, Finley (Zach Braff), China Girl (Joey King, White House Down) a young girl from China Town literally made from china like a doll and Glinda the Good (Michelle Williams). Oz must also become the man that others believe he can be, even if he isn't the type of magician they were expecting. Instead, he uses stage magic and gadgetry to create the appearance of magic which, because it isn't the type of magic that has been seen before in Oz, is actually still quite effective.This film is based on the Land of Oz novels by L. Frank Baum - there are actually 14 books in total - but is set before any of Baum's novels and acts as an (unofficial) prequel to the famous 1939 film The Wizard of Oz. The film starts off in black and white whilst it is set in Kansas, then changes to vibrant, bright and bigger than life colour when Oscar ends up in Oz. This is similar to what happened in the, which also started off in black and white, before changing to Technicolor - a colour process in films known for its saturated colours - when Dorothy ands up in Oz. Oscar's transition from dishonest con-man to hero is not that unexpected.In the film there are quite a few references to the 1939 film, including things like the apparent origins of at least the Scarecrow, the Cowardly Lion and the Wicked Witches, what may be a reference to Dorothy's parents and even a gingham dress, although everything is not quite the same but then they were produced by different studios. Those most familiar with The Wizard of Oz are most likely to get the references, but some have permeated popular culture to such an extent that even those who haven't seen The Wizard of Oz can catch them. As is not uncommon in Sam Raimi's films, Bruce Campbell gets a small role, playing the Winkie Gate Keeper; they worked together on Raimi's first feature film, the cult classic and soon to be released as a new version, The Evil Dead. As a side note, search for "Mila Kunis Chris Stark" on YouTube for a rather different celebrity film interview. Oz the Great and Powerful is a fun and nicely executed film with quite a bit of humour, predominately from the flying monkey Finley, and should be enjoyed by both children and adults.

Oz the Great and Powerful, the story of how Oz arrived in the Land of Oz and became the great wizard.
Next >> Movie Review: The Girl on the Train