Buy Pan cheaply from Amazon, or get the classic animated film, Peter Pan. You too can earn money from writing articles by signing up for InfoBarrel.
InfoBarrel is a writing platform for non-fiction, reference-based, informative content. Opinions expressed by InfoBarrel writers are their own.
InfoBarrel > Entertainment > Film > Movies

Certificate PG, 111 minutesDirector: Joe WrightStars: Levi Miller, Hugh Jackman, Garrett HedlundPan opens in London in the 1930s with a young woman (Amanda Seyfried, A Million Ways to Die in the West, In Time) leaving a baby boy at the Lambeth Home for Boys, leaving only a small set of panpipes on a string and a note with his name on it, Peter. Twelve years later, it's World War II, and the home is being run by a stereotypical nasty piece of work, Mother Barnabas (Kathy Burke). Every night, some of the boys are disappearing; it's assumed by the remaining boys that they are being evacuated to Canada.One night, Peter (Levi Miller) wakes up to see boys being snatched by pirates descending from ropes similar to bungee cords, and being taken up to a pirate ship that is floating in the air above the home. Peter is one of those snatched, and the ship sails for Neverland, chased away by what are probably Spitfires.

Credit: https://en.wikipedia.org/wiki/File:Pan_2015_poster.jpgThe area of Neverland where he is taken is ruled by the pirate Blackbeard (Hugh Jackman), who has floating galleons moored to an air dock above a mine. The mine is full of orphans that are mining for fairy dust, or pixum, for some unknown reason. Blackbeard had defeated the fairies some years ago, but the mine is surrounded by a wall and a tribe of natives are somehow managing to prevent him from gaining control of the rest of the island.Peter has not been there long before he gets into trouble and is forced to walk the plank. Given that the plank is on an airborne ship, this is not a survivable experience. Blackbeard kicks Peter off, telling him to think a happy thought, but somehow Peter manages to fly. Blackbeard taken him in following this surprising turn of events and, because he hasn't read the Evil Overlord list,[1] tells him about a prophecy of the natives about a boy who can fly who will defeat Blackbeard.In his mother's note, she told Peter that she would see him again in this world, or another. Given that he is now in another world, Peter thinks that he will finally meet his mother. Having seen him fly, a fellow, somewhat older, prisoner, James Hook (Garrett Hedlund, TRON: Legacy), together with Sam Smiegel (Adeel Akhtar), help Peter escape by stealing o0ne of Blackbeard's flying ships, and fly it over the wall into the rest of Neverland, where they are captured by Tiger Lily (Rooney Mara, Side Effects, The Girl with the Dragon Tattoo), who is the princess of the native tribe. Peter must now prove himself the chosen one of the prophecy, but he has his doubts. The mightiest warrior of the tribe is known as the Pan (which, as has been mentioned regarding another adaptation, Hook, makes it sound more like an item of cookware than a title). 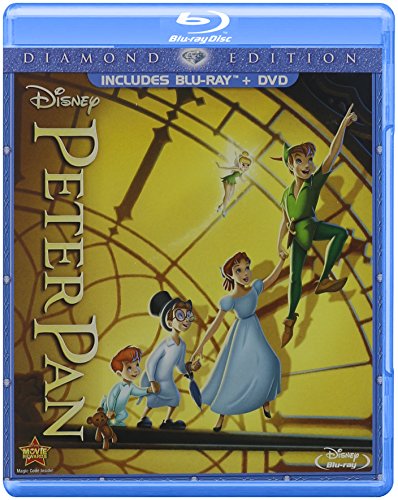 This is another retelling of J. M. Barrie's play and story, Peter Pan. Like some other adaptations, it doesn't retell the classic story; instead, in this case, it is an origin story for Peter Pan and Captain Hook, the latter being Peter's nemesis and sworn enemy in the original story. Due to elements in this prequel, events in the actual story will no longer make sense, in particular the future relationship between Peter, Captain Hook and Tiger Lily (the future changes in those relationships make no sense following this), but also the fictional background to those relationships. Hook would now appear to be an abducted orphan, who for no discernible reason is older than the rest of the child miners, rather than having his original background as a pirate, boatswain to Blackbeard and former member of Eton College.Given that this is a prequel that is set before the events of Peter Pan, it is rather odd that it is actually set after those events chronologically, not before them. The Peter Pan story was set at the beginning of the 20th century (or possibly at the end of the 19th), so having the prequel set in the middle of the century is more than a little jarring. Why this was changed is not made clear (unless it was so that a flying pirate ship could be shot at by Spitfires); really, something intending to be a prequel should be chronologically before the events in question, not after them.The film is available in both 2D and 3D, with the 2D version watched. However, there is very extensive use of CGI in the film, so this is one of the live action films that would actually work in 3D, if only because quite a lot of it isn't actually live action.The pirates are colourful and dressed in a bizarre range of clothes, with Blackbeard fittingly dressed all in black in comparison to the colourful excess of his crews. The miners, in contrast, are dressed in clothing that is both shabbier and drabber than that of the pirates. The film as a whole is quite colourful, and there is some nice scenery for both Neverland and the flying pirate ships. Hugh Jackman completely overacts the part of Blackbeard the pirate, hamming it up to a great degree, but that actually works and is one of the better parts of the film.Pan is actually quite a violent film, yet all the violence is either utterly bloodless or the end result is unseen, which is why it has a low certification. Having so many people die from falls, being shot and attacked with blades, yet not seeing any genuine violence for that is not really a good thing. The film is colourful, and is quite visually spectacular, with some nice scenes - even if having a flying galleon being chased over London by Spitfires during the middle of an air raid has nothing to do with the original, it still makes a nice bit of cinema, yet the story doesn't make a whole lot of sense for anyone familiar with the original Peter Pan story, or even some of its adaptations. The result is that Pan is a rather confused piece of work that tries to be a prequel yet doesn't stay true enough to the original story to manage this successfully. 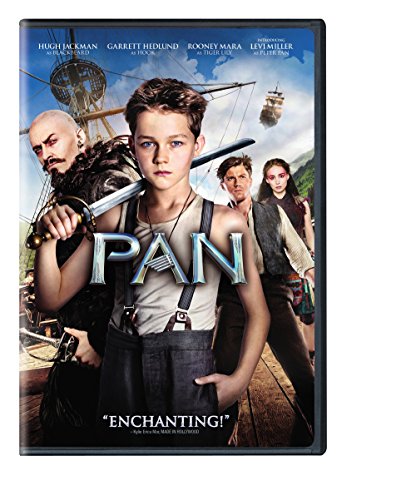