Get Prometheus from Amazon or read more articles on film and television. You too can earn money from writing articles by signing up for InfoBarrel.
InfoBarrel is a writing platform for non-fiction, reference-based, informative content. Opinions expressed by InfoBarrel writers are their own.
InfoBarrel > Entertainment > Film > Movies

15 certificate, 124 minutesDirector: Ridley ScottStars: Noomi Rapace, Logan Marshall-Green and Michael FassbenderPrometheus is the new film by Ridley Scott, director of the first in the Alien franchise of films, the 1979 film Alien itself. The film starts in the year 2089, at an archaeological dig on the Isle of Skye in Scotland. There, Dr Elizabeth Shaw (Noomi Rapace, Dead Man Down) and Dr Charlie Holloway (Logan Marshall-Green) have discovered some cave paintings that are over 35 millennia old. These paintings contain the same images that have been found at archaeological sites all over the world, from different cultures and different periods, that of a star map and a giant humanoid pointing at it.

Credit: http://en.wikipedia.org/wiki/File:Prometheusposterfixed.jpgForward to the year 2093. Peter Wayland (Guy Pearce, Lockout) of Wayland Corporation has been convinced to fund an expeditionary ship, the Prometheus (named after the legendary Titan who brought fire to mankind) which is commanded by the Weyland Corp representative Meredith Vickers (Charlize Theron, A Million Ways to Die in the West, Mad Max: Fury Road, Snow White and the Huntsman), to travel to the star system indicated on the discovered star maps and at the destination hopefully meet the beings depicted, and the ship is now approaching their destination, LV-223, an Earth-sized almost inhabitable moon orbiting a ringed planet far from the edges of the current explored territory.After landing on the planet, they discover structures that have been built by the same giants that they are looking for, including a chamber filled with odd sealed vases that appear to contain some sort of black organic goo and a huge sculpture of a surprisingly human like humanoid head, as well as some bodies of said giants. Not everything on the planet is dead though.Rather than it being the hoped for friendly encounter with ancient beings who had visited Earth for thousands of years as well as a quest to discover the origins of mankind itself, it soon turns into a race to save humanity from the threats on the planet - as is said in the film, if what's on the planet gets to Earth, there won't be an Earth for the crew to return to.Prometheus is available to see in both 2D and 3D versions, although the 2D version was the one that was actually watched.Prometheus is a great science fiction film. It doesn't have quite the overtones of techno-horror that Alien did, but there is plenty of action, and some pretty scary threats to mankind. A lot of the film is filmed in environments that are not brightly lit, which does add to the menace. There are also a fair number of interesting titbits in the film that many viewers will quite probably pick up on. The android David (Michael Fassbender) was an interesting character; a creation of mankind who seems to understand more about motivations and emotions than he is actually programmed to. Admittedly, some of the other major and minor characters served little purpose other than cannon fodder, and could possibly have undergone more development before suffering their inevitable fate. There are no really "big name" actors in the cast, and this probably works to the films advantage. 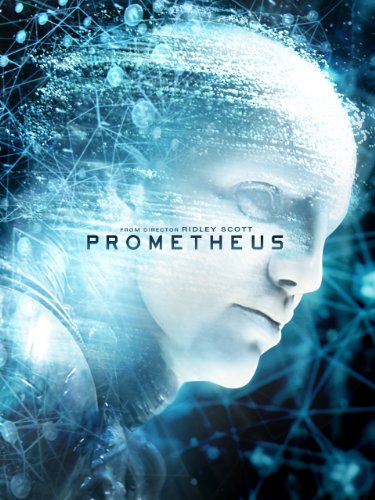