Get R.I.P.D. cheaply on Amazon, or read more articles on film and television. You too can earn money from writing articles by signing up for InfoBarrel.
InfoBarrel is a writing platform for non-fiction, reference-based, informative content. Opinions expressed by InfoBarrel writers are their own.
InfoBarrel > Entertainment > Film > Movies

Certificate 12A, 96 minutesDirector: Robert SchwentkeStars: Ryan Reynolds, Jeff Bridges, Mary-Louise ParkerR.I.P.D. is based on the Dark Horse graphic novel, Rest in Peace Department. Nick (Ryan Reynolds, Deadpool, Safe House, X-Men Origins: Wolverine) is a detective with the Boston Police Department. Before the start of the film, it looks like he and his partner Hayes (Kevin Bacon) have done something a little unethical, which seems to be troubling Nick.On a bust of a drug dealer at a meth lab, things get a little dangerous - meth labs being slightly notorious for their flammable and explosive tendencies - and Nick ends up dead. He ascends into a tunnel in the clouds, before ending up in a chair in an office of the Boston branch of the R.I.P.D, the Rest in Peace Department, a supernatural police force comprised of dead former police. Proctor (Mary-Louise Parker, RED 2) offers him a job with the department.

Credit: http://en.wikipedia.org/wiki/File:R.I.P.D._Poster.jpgThe mission of the Rest in Peace Department is to stop what are termed as Deados; dead people whose souls have managed to remain behind on Earth after they died and escape judgement. Deados contaminate the very environment by their existence and soul taint, being blamed in the film for pretty much everything that has gone wrong with the planet, including global warming. Too many Deados will destroy Earth for the living. Deados have managed to remain behind because the system simply wasn't designed to and can't cope with the sheer amount of people - 150,000 - who die every day.Nick is partnered with Roy (Jeff Bridges, TRON: Legacy), an obnoxious trigger-happy 19th century U.S. Marshal. Roy and Nick are sent back to the living world to look for Deados. Being dead, they no longer look like the people they were when they were alive. Nick looks like an old Chinese guy (James Hong) and Roy an attractive women (Marisa Miller). Their bodies are also extremely difficult to damage, and they are able to withstand falling from buildings and being hit by cars with ease. On his first assignment with Roy, Nick comes across some connections to his recent, living past. It turns out there are bigger things afoot than simply arresting and stopping Deados - someone is trying to bring the dead back to the living world, which will mean the end of the world.The film is available in both 2D and 3D versions, with the 2D being the one seen. Parts of the plot, such as it is, seem strongly reminiscent of Ghost - the film may not be a romance, but certain other elements of the main story seem rather similar. There are some funny bits in the film, mostly because of Jeff Bridges' portrayal of Marshal Roy, but on the whole the film feels fairly empty and, well, soulless. There are a lot of special effects, and the Deados look suitably disgusting, but it gives the feeling that either these were concentrated on at the expense of everything else, or that they are there to try and hide what is missing in the rest of the film - something that doesn't really work, as it still seems to be lacking a certain something. The plot is pretty predictable, even with weird dead people bouncing around all over the screen. R.I.P.D. is a film that feels it should have been better than it was; it had potential, but never really reached it. 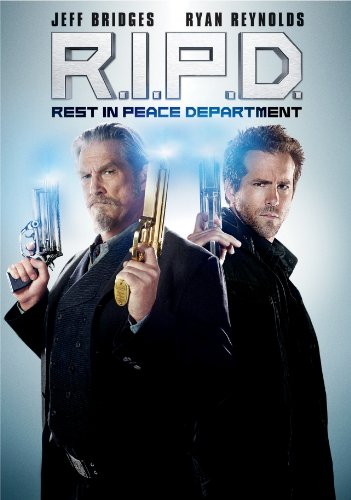 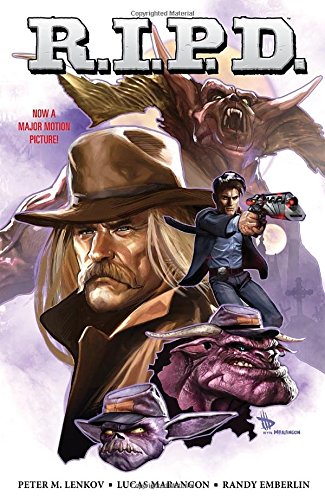