Watch the original RoboCop or the new one cheaply on Amazon. You too can earn money from writing articles by signing up for InfoBarrel.
InfoBarrel is a writing platform for non-fiction, reference-based, informative content. Opinions expressed by InfoBarrel writers are their own.
InfoBarrel > Entertainment > Film > Movies

Certificate 12A, 118 minutesDirector: José PadilhaStars: Joel Kinnaman, Samuel L. Jackson, Michael KeatonRoboCop starts off with The Novak Element, a programme hosted by Pat Novak (Samuel L. Jackson, Avengers: Age of Ultron, Captain America: The Winter Soldier, Kingsman: The Secret Service, The Avengers), and a piece discussing the use of robots in law enforcement and by the military. There is an on the scene report from Operation Freedom Tehran, where a variety of robots - ED-209, a large robot, EM-208, a smaller, man size and shaped one and what are presumably drone aircraft are being used instead of actual U.S. troops. Novak promotes how popular the robots are with the citizens of Tehran, to a degree that is rather exaggerated.Novak discusses the Dreyfuss Act, which bans the use of robots in law enforcement in the United States, something he, very strongly, thinks is stupid. He wants the U.S. to start using robots, or drones, domestically. This opinion is shared by Detroit-based OmniCorp which actually manufactures the drones. CEO Raymond Sellars (Michael Keaton, Birdman, Need for Speed) wants to get into the U.S. market, but the Dreyfuss Act prohibits him - citizens are too worried by the concept of emotionless machines patrolling the streets and making life and death decisions.

Credit: http://en.wikipedia.org/wiki/File:Robocop_poster.jpgSellars' idea to get around the law is by adding a human element to the robots, which will get around the laws against the use of robots. Instead of emotionless machines being used, a cyborg seems to be the logical answer. OmniCorp scientist Dr. Dennett Norton (Gary Oldman, Dawn of the Planet of the Apes, The Dark Knight Rises, Tinker Tailor Soldier Spy), who is doing extensive development in the use of robotic prosthetics, is called in to help come up with a cybernetic model for law enforcement.Alex Murphy (Joel Kinnaman) is a detective in the Detroit Police Department who annoys a local crime boss, Antoine Vallon (Patrick Garrow), sufficiently that Vallon decides to try to kill him by putting a bomb in Murphy's car and detonating outside his house when he is standing next to it. Murphy suffers extensive injuries: he is badly burned, has lost a leg and an arm, is paralyzed from the waist down as well as being deaf and blind. His wife Clara (Abbie Cornish) in an attempt to help him agrees to let Dr. Norton carry out the surgeries to make him into a cyborg. In a rather icky scene where RoboCop is dismantled, even less of his actual body has survived enough to be reused than would originally appear.In combat tests RoboCop's performance is poorer than that of a pure robot when measured against an EM-208, due to the human element, so the decision is made to programme him and let the software run him in combat, and to dial back his emotions. This gives the illusion of free will, and makes RoboCop now no better than a normal robot - from the point of view of there being an actual human involved in the decision making process. The human side starts to re-emerge, despite the attempts to suppress it.What initially seems to be the climactic conclusion of the film is a bit of a let-down. With the majority of the scene being shot in the dark with the use of thermal imaging and nightvision, much of this scene is not easy to see properly. It turns out that this was not actually the conclusion though. 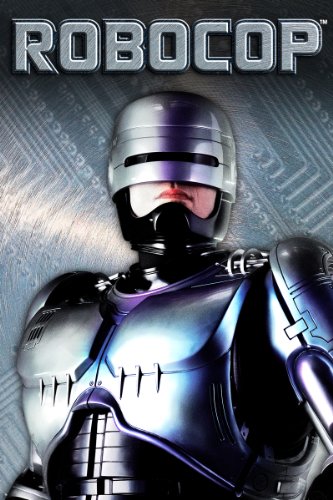 RoboCop is a remake of the original successful 1987 film of the same name, which spawned a not as good as the original sequel, a bad sequel, a short-lived television series and a mini-series. Pat Novak's character is a frothing at the mouth extremist, ultra law and order nutcase, nicely portrayed by Samuel L. Jackson. In the original franchise, the various film scenes were interspersed with adverts for dubious OCP products as well as news items. In the remake there are in the place of those continual excerpts from The Novak Element instead, in which Novak discusses (or rants) about the developing situation in his own, extremely biased, way.In the original film, Murphy's memories of who he was were hidden and he initially didn't remember anything, and no-one knew who he was either. In this both he, and everyone else, knows that he is actually Alex Murphy from the very beginning - this isn't hidden at all. Possibly as a consequence of this there is a lot more time spent in the build-up to Murphy getting back out on the streets, as he comes to terms with how he has changed. There may be a bit too much time spent on this though, as it seems to drag a bit before the action restarts. When he walks around, the thudding of his feet is emphasised to make it sound heavy and ominous, probably more so than it would be, with his other movements having whirring servos, strongly portraying the robotic element. The ED-209 drone was in the original film too, and its appearance is very similar, as is the problem with it being a little too inaccurate at determining valid threats. All the robots look pretty impressive, and quite realistic.One thing the film spends quite some time on - indeed, RoboCop is created because of this issue - is the general public's fear of drones. This fear is actually a current issue regarding the development of drone technologies, especially increasingly autonomous robots that need less human control. These fears are exacerbated by the frequent references to the Terminator film franchise in articles about the use of drones - should Skynet come into being, it will already have an army.Could there be a sequel? Well, there's a reference to OmniCorp's parent company, OCP in this one. OCP, or Omni Consumer Products, which was the company that built RoboCop in the original film. This gives at least some opening for the future for a plot involving that company. It will probably depend on whether the film is successful enough. This remake of RoboCop is probably not quite as good as the original, but it raises a new bunch of moral issues regarding the use of robots and drones, and it is a perfectly decent film, if a bit slow to get going. 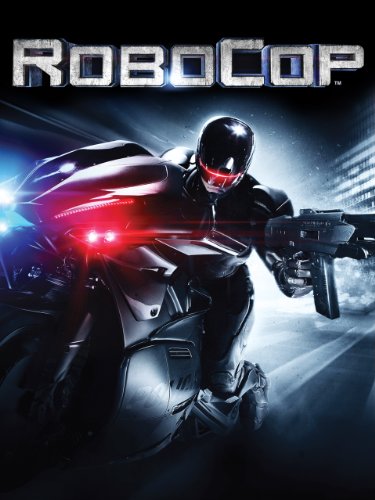