Get Runner, Runner from Amazon, or read about the life of gangster Meyer Lansky in Little Man. You too can earn money from writing articles by signing up for InfoBarrel.
InfoBarrel is a writing platform for non-fiction, reference-based, informative content. Opinions expressed by InfoBarrel writers are their own.
InfoBarrel > Entertainment > Film > Movies

Certificate 15, 91 minutesDirector: Brad FurmanStars: Ben Affleck, Justin Timberlake, Gemma ArtertonIn Runner, Runner Justin Timberlake (Bad Teacher, In Time, The Social Network) plays Richie Furst. Richie, before the Credit Crunch, had almost achieved the position of portfolio manager for a firm on Wall Street, something that would have set him up for life. The crisis happened though, and because of the collapse he lost his job, and all his money, when he was so close to making it. He headed back to university and is now studying for his Masters degree at Princeton.Richie's almost successful career before returning to university is now hindering him. He was making so much money back then that he now doesn't qualify for help. In order to pay for his schooling he is earning money as an affiliate for online casinos. This activity gets him in trouble with the Dean because he is recruiting customers for the casinos from the university's students and faculty, something he isn't supposed to do. He is told to cease this, or he will be kicked out of Princeton.

Credit: http://en.wikipedia.org/wiki/File:Runner_Runner_film_poster.jpgThis leaves him still well short of having enough money to pay for his tuition, so Richie decides to use all of his money as a stake in an online poker game. Despite his knowledge, he loses everything, but something doesn't seem right and so he has game analysed by experts at the university. He discovers that it was rigged so that he would lose.The owner of the of the online casino Richie was playing at, Midnight Black, is Ivan Black (Ben Affleck, Batman v Superman: Dawn of Justice, Gone Girl) who lives in and operates out of Costa Rica. Black is no longer able to operate in the United States. Richie heads to Costa Rica to confront Black and, in return, Black offers Richie a job. Richie is seduced by the promises of the vast amounts of money that can be made from the online gambling industry.All seems well until Richie gets kidnapped by Agent Shavers (Anthony Mackie, Abraham Lincoln: Vampire Hunter, Avengers: Age of Ultron, Captain America: The Winter Soldier, Man on a Ledge) of the FBI and threatened by him. Richie soon finds himself out of his depth in a situation that is rapidly spiralling out of control, being pressed by the FBI on one side and Black on the other as he discovers that Black's business isn't as above board as he thought.This is an adequate thriller at best. Gemma Arterton (Hansel & Gretel: Witch Hunters) is under-utilised as the obligatory love interest, Rebecca, whose motivations seem rather fake and who seems to side with Richie far too quickly. Black doesn't seem anywhere near bad enough to justify the FBI's actions, as Shavers is perfectly willing to perform illegal acts in order to catch him. Black is definitely crooked, and guilty of some fairly serious money crime, but he never seems to go that extra mile to become a truly bad guy. Shavers actually comes across as the worst type of law enforcement agent, the sort that thinks that he is himself above the law, and that he is perfectly entitled to lie, threaten and frame anyone if that gets him close to catching his man.The name of Meyer Lansky, who is mentioned in passing in the film, will likely not mean much to the vast majority of viewers - who he is is never explained, but he was a casino owner who was also known as the "Mob's Accountant."[1] Quite what connection the film's title has with the plot of the film is never made clear - perhaps this is an unexplained gambling term, but other than that possibility it seems completely meaningless. This is not a great thriller; there never seems to be a true level of threat to Ritchie, as every time one seems to approach, it is backed away from and the threat diminishes. In consequence, it seems that Runner, Runner had the potential to be better than it actually is. 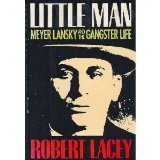