Get Silent Hill: Revelation or Silent Hill products from Amazon. You too can earn money from writing articles by signing up for InfoBarrel.
InfoBarrel is a writing platform for non-fiction, reference-based, informative content. Opinions expressed by InfoBarrel writers are their own.
InfoBarrel > Entertainment > Film > Movies

Certificate 15, 94 minutesDirector: Michael J. BassettStars: Adelaide Clemens, Kit Harington and Sean BeanSilent Hill: Revelation 3D is the sequel to the 2006 film, Silent Hill. Both horror films are based on the series of survival horror Silent Hill video games (the latest of which, the spinoff Silent Hill: Book of Memories, was released only shortly before the film), with Silent Hill: Revelation drawing most of its' plot from the specific game Silent Hill 3.After the events of Silent Hill, Rose (Radha Mitchell, London Has Fallen, Olympus Has Fallen) remained trapped in the town of the same name, but was able to help her daughter Sharon escape. Sharon, now known as Heather (Adelaide Clemens), is approaching her 18th birthday and is having nightmares about the town; some of them whilst she is awake.

Credit: http://en.wikipedia.org/wiki/File:Silenthill3Dposter.jpgSean Bean (Jupiter Ascending, Oblivion, Mirror, Mirror) reprises his role as Heather/Sharon's father from the earlier film, although both he and his daughter have had multiple name changes as well as having had to move multiple times, so, although in the first film his name was Christopher Da Silva, in the sequel he is simply known as Harry. Unfortunately he plays it with a truly terrible American accent; it would have sounded better if he'd simply not bothered and used his normal accent.Something in the town wants Heather back, and has kidnapped her father in order to lure her into returning to the town, which she does accompanied by someone from her new school, Vincent (Kit Harington).Most of the film is about Heather and her travels through the town of Silent Hill, as well as her relationship with Alessa, who, in the first film, she is revealed to be a part of and who caused the darkness to fall over the town. The rest of the characters in the film tend to have very short parts that are basically cameos in many instances, and have had little development. The demon Pyramid Head (also known as Red Pyramid) and the Bubble Head Nurses that were seen in the first film and who are present in the games also return in the sequel.Whilst some parts of the film are definitely unpleasant and gruesome, they are not really that scary. As is commonly the case, the 3D didn't add much to the film; one of the times when the 3D effect was most noticeable was when there was ash falling from the sky. Admittedly, the falling ash is quite common when the characters are outside, but it's not really worth doing the entire film in 3D just for that.There may be another sequel in the series, as there are some apparent loose ends (or possibly parts of the story that were simply inadequately developed), even though neither the original Silent Hill film nor this sequel are that outstanding it appears that the film has done well enough financially that another could be justified, despite it being poorly received by critics. Silent Hill: Revelation 3D is somewhat gory and an okay watch, but hardly a truly standout horror film. 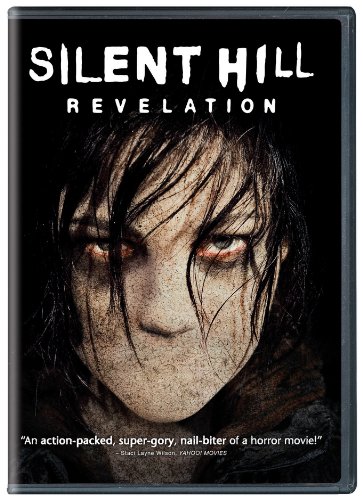