Get Teenage Mutant Ninja Turtles or the original films cheaply from Amazon. You too can earn money from writing articles by signing up for InfoBarrel.
InfoBarrel is a writing platform for non-fiction, reference-based, informative content. Opinions expressed by InfoBarrel writers are their own.
InfoBarrel > Entertainment > Film > Movies

Certificate 12A, 101 minutesDirector: Jonathan LiebesmanStars: Megan Fox, Will Arnett, William FichtnerIn Teenage Mutant Ninja Turtles, New York is suffering from the depredations of criminals known as the Foot Clan and their mysterious leader Shredder (Tohoru Masamune). April O'Neill (Megan Fox) is a reporter for Channel 6 news who is doing light-hearted fluff pieces. She wants to do a more serious story and so is investigating a robbery by the Foot Clan down on the docks where they were stealing chemicals and mutagens. She turns up late at night and witnesses another robbery taking place which is foiled by unknown vigilantes.After actually seeing and meeting the vigilantes after another Foot Clan attack, April presents the story to her boss, curiously never considering how crazy she would sound claiming that 6' tall talking ninja turtles were the vigilantes when she had no real evidence to back her story up - and that is one story you would need a lot of evidence to back up. Vernon (Will Arnett, The Lego Movie), her cameraman, sticks with her, even though he, not that surprisingly, doesn't really believe her story either.

Credit: http://en.wikipedia.org/wiki/Teenage_Mutant_Ninja_Turtles_%282014_film%29#mediaviewer/File:Teenage_Mutant_Ninja_Turtles_film_July_2014_poster.jpgThe four pizza loving giant ninja turtles are, of course, Leonardo (Pete Ploszek/Johnny Knoxville, The Last Stand), Donatello (Jeremy Howard), Michelangelo (Noel Fisher) and Raphael (Alan Ritchson) and their man-sized rat adoptive father and teacher, Splinter (Danny Woodburn/Tony Shalhoub). Their back-story may be familiar, but if you think it is, it's changed - this film has a different origin story for the turtles and Splinter from the original series (radioactive green goo is so last century).The film is available in 3D and 2D, with the 3D version being the one seen. The 3D was most noticeable in the credits and in a few of the combat scenes but, as so often is the case in live action movies, it did not seem to add much to the rest of the film. 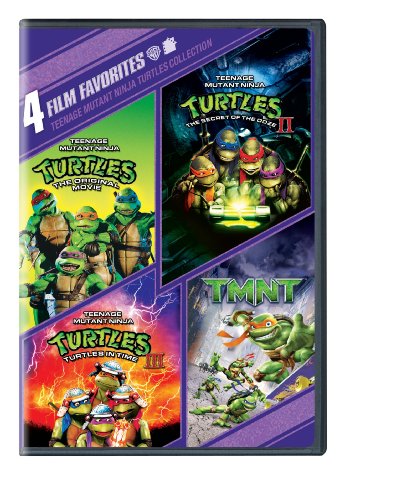 This film is a reboot of the live action film series from the 1990s; the turtles have appeared in other media, including animation, and first started out in comic books. There  is a lot of really quite bloodless violence (no blood at all in fact) which is presumably to get the 12A certification. This may add to the rather unrealistic feel much of the film has, and that's not just talking about the primary characters. One villain seemed rather to easy to spot; in fact, as soon as they appeared on screen before they even said a word it seemed highly likely that the character would turn out to be a bad guy. There are some decent comedy moments, but lots of rather stereotypical interactions between the various characters. The never properly seen Shredder - he's always either masked or hidden in the shadows - seems to be channelling Darth Vader frequently (mask, armour, heavy breathing, deep voice, pronouncements).So, will there be a sequel? There has been room left for one and, indeed, several are planned. A better question would be does it actually deserve one? Financially, yes, the film seems to have done well enough. In other respects, no. Hopefully, the sequel will be better than this one, for it does not quite work. There is lots of action, effects and some set pieces, as well as some reasonably realistic turtles - as far as the word "realistic" can be used when referring to giant, anthropomorphic, talking turtles - but it all seems rather empty and soulless. Teenage Mutant Ninja Turtles seems to be counting on the action and effects to hide the shallowness of the rest of the film; something that does often work, but in this case doesn't. 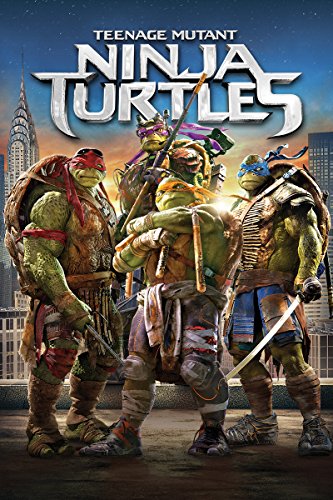