Movie Review: The Age of Adaline

Is it a coincidence that Age of Ultron is out in theaters at the same time as Age of Adaline? It would be comical if some studio marketing genius thought: "Let's call this new Blake Lively movie Age of Adaline and maybe some guys will absent-mindedly buy tickets, thinking they're going to see Avengers 2!"

Imagine some poor guy sitting through the first 10 minutes of Age of Adaline, wondering when Captain America and the Hulk will show up. All joking aside, Age of Adaline is an entertaining movie in its own right and doesn't need superheroes to keep things interesting.That's not to say there aren't some superpowers at play in this movie. Lively plays Adaline Bowman, a woman who looks like she's in her 20s and tells people she is 29 years-old – but is actually over 100 years old. She got her "forever young powers" in a mysterious car accident that involved snow and lightning.

Most of us would love to be 29 forever but the film explores the loneliness and heartbreak that Adaline has to endure throughout the decades. For one, she has a dog that she replaces every few years, morbidly replicating the same breed, colour, and name. She has a daughter, played by the great Ellen Burstyn, who eventually starts looking older than her mom and has to tell people that Adaline is her grandmother.

Adaline's powers also bring a much needed element of danger and suspense early in the film. Apparently the government is aware of her abilities, as two FBI agents follow her one rainy night and try to capture her (and likely do E.T. type experiments on her). She escapes but the incident puts a scare into her and she decides to run away every decade, always changing her appearance and identity. That means having to leave behind her daughter and friends.

Then of course there's the lonely love life of Adaline – or lack of it. She has grown heartbroken of watching her lovers die throughout the years so she made the conscious decision to never fall in love again. She's lonely, but at least she's rich, thanks to some long term investments in Xerox (someone should have told her about Google or Apple!).

There's isn't a more common or popular movie trope than the "beautiful girl that can't seem to find love". Katherine Heigl made a career out this trope…until she made enemies everywhere in Hollywood. An even more common movie trope is the "charming, dashing, slightly roguish guy that is able to sweep the heroine off her feet".  This comes in the form of the charming, dashing, and slightly roguish Michael Huisman, who is best known for playing the Khaleesi's top lieutenant/boytoy on Game of Thrones. Here, he plays Ellis Jones, a rich guy with a big heart who wants to donate a bunch of books to the library that Adaline works at – on the one condition that she go on a date with him (Note to self: try this move on a librarian sometime).

They have a great time on their date but Adaline has a flashback of another man that she once loved. He was going to propose to her but she ran away because of her ageless secret. She remembers her vow to never fall in love again and gives the cold shoulder to Ellis after their fun outing together.

Ellis pursues her non-stop but to no avail. Adaline finally relents and goes for him after putting down yet another dog, looking at some old photos of her former lover, and feeling very lonely and vulnerable.

They have a great time together as couple, until one day, Ellis invites her to meet his family for dinner. They get to the house, the front door opens, and Harrison Ford appears as Ellis' father, William! Han Solo is shocked and calls Adaline by her name right away. She quickly recovers and says that was her mother.

William can't shake the feeling that Adaline is actually the girl that he was going to propose to back when he was younger. What follows next is an odd Father/Son/Adaline love triangle that is reminiscent of an Outer Limits episode.

Drama ensues. Love prevails. And fans of The Curious Case of Benjamin Button, The Portrait of Dorian Grey, and The Great Gatsby will be pleased that they got to watch a female version of these films. Blake Lively deserves more credit for her acting abilities, as she carries this film well, like a true movie star. Michael Huisman is fine in his role as Adaline's love interest. However, I found him oddly not as charismatic or attractive here as he normally is on Game of Thrones. Maybe he needed to carry around a sword for his scenes? The delight of the movie, however, is watching Harrison Ford really sink his teeth in what should have been a role that could have been phoned in. But Indy brought his "A" game to this picture, making you really feel for old William and hope that Adaline ends up with him.

Of course, you'll have to find out yourself if Adaline prefers the old stud from Star Wars or the young stud from Game of Thrones. 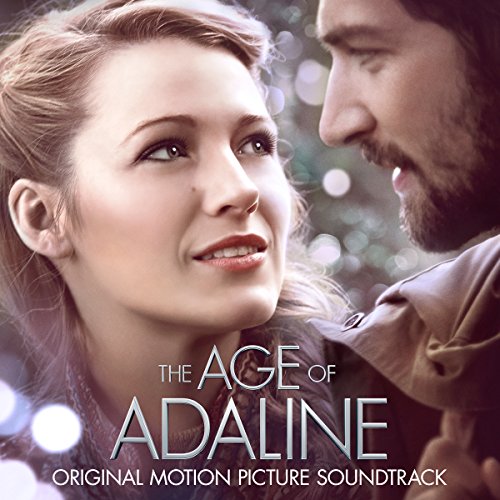