Watch The Call cheaply on Amazon or read more articles on film and television. You too can earn money from writing articles by signing up for InfoBarrel.
InfoBarrel is a writing platform for non-fiction, reference-based, informative content. Opinions expressed by InfoBarrel writers are their own.
InfoBarrel > Entertainment > Film > Movies

Certificate 15, 94 minutesDirector: Brad AndersonStars: Halle Berry, Evie Thompson, Abigail BreslinIn The Call Halle Berry stars as Jordan Turner, an operator working in the 9-1-1 emergency call centre for the Los Angeles Police Department. An emergency call comes in from a teenage girl, Leah (Evie Thompson), regarding an intruder who was breaking into her house. The girl is abducted and later turns up mutilated and dead, the victim of a serial killer. This call affects Jordan very strongly, as she feels responsible for not saving the girl.Six months later and Jordan is no longer working as a call centre operator, as she is still struggling to cope with the girl's death, and no longer feels able to cope with the job. Instead, she now works as a teacher in the training unit. During a class with some potential new recruits, they are touring the call centre when an emergency call comes in. Another teenage girl, Casey (Abigail Breslin, Ender's Game, Zombieland), has been abducted from the car park of a shopping centre. The operator who initially takes the call, Brooke (Jenna Lamia), is inexperienced, and starts panicking. Jordan is forced to take over the handling of the call from Brooke, despite her desire not to and the problems she has coping with a situation so very similar to the one that broke her earlier. Very similar as it turns out, as Casey's abductor, Michael (Michael Eklund), is the same man who abducted and killed Leah.

Credit: http://en.wikipedia.org/wiki/File:The_Call_poster.jpgJordan has to deal with her problems and try to help Casey and, as a consequence, much of the film revolves around the two of them talking on the phone; Jordan at her desk, Casey in the boot of her abductor's car. Other than Jordan, Casey and Michael the other characters have only fairly minor roles, including Jordan's apparent love interest, LAPD officer Paul Phillips (Morris Chestnut, Kick-Ass 2), who has one of the bigger supplementary roles as he is involved in the search for Casey's kidnapper.There are frequent close up facial shots of the major characters, and it seemed initially as if we were not going to get a clear view of the abductor at all, as all the shots of him were from angles, partial, or had part of his face hidden by sunglasses or a baseball cap. Why this was - his identity did not need hiding from the viewers as he wasn't anyone known - and why it suddenly changed are less than clear, although the latter looks as if it coincided with when Michael's plans started to fall apart.Michael's motives behind the abductions and murders are not made completely clear in the film. They are suggested, implied, and can probably be deduced to some extent from certain evidence seen, if you concentrate, but they are never actually stated by him or any of the other characters. The film to a great degree unfolds in a fairly predictable manner and finishes in a not too surprising way. There are some violent scenes as Michael finds it harder and harder to hold himself together as things start to unravel around him. The Call is a decent thriller that is well executed enough that it does keep you reasonably involved until it concludes. 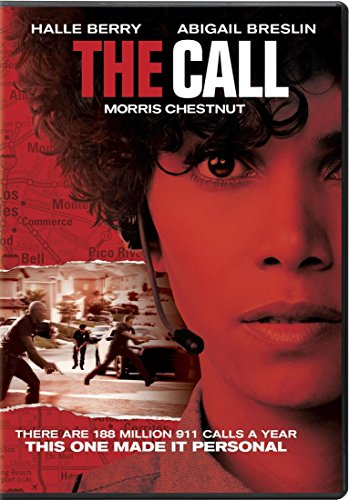