Buy the book The Counselor cheaply from Amazon or read more articles on film and television. You too can earn money from writing articles by signing up for InfoBarrel.
InfoBarrel is a writing platform for non-fiction, reference-based, informative content. Opinions expressed by InfoBarrel writers are their own.
InfoBarrel > Entertainment > Film > Movies

Certificate 18, 117 minutesDirector: Ridley ScottStars: Michael Fassbender, Penélope Cruz, Cameron DiazThe Counselor (or The Counsellor in some countries) stars Michael Fassbender as the unnamed Counselor of the film's title, a criminal defence attorney in El Paso, Texas. The Counselor has just proposed to his girlfriend, Laura (Penélope Cruz, Grimsby), but he is apparently struggling for money - although you couldn't tell that by the way he is living, so it could just be that greed has gotten the better of him.As a result of this, the Counselor agrees to enter into a drug deal with his friend Reiner (Javier Bardem, Skyfall), who, along with his sometimes scary girlfriend Malkina (Cameron Diaz, Bad Teacher, The Other Woman), certainly lives the high life, a deal that is set up by middleman Westray (Brad Pitt, Fury, Killing Them Softly, World War Z). The deal involves $20 million in drugs which is being shipped into the US from Ciudad Juárez in Mexico. Unbeknownst to the Counselor, someone else is has their eyes on the shipment. When something goes wrong with the Counselor's deal and the shipment is stolen, he is the one blamed as, due to a set of coincidences, it appears that he knew more than he did and he is believed to have stolen it.

Credit: http://en.wikipedia.org/wiki/File:The_Counselor_Poster.jpgThe film feels both sluggish and crammed and both too long and too short which, given the length of the film - nearly two hours - suggests that the film was improperly planned. There are two main plot strands, and it seems that too much time was spent on one, which did not have enough story to justify the time spent on it, causing the sluggish and too long feel, and too little was spent on the other, which is where the crammed and too short feeling came from.A couple of explanations given in the first part of the film seemed to be crowbarred in to a certain degree as they did not appear to be that relevant to the matter currently being discussed, but later on it seemed that they were actually just setting up things that happened later in the film, so that we would understand what had happened, without any further explanation. Some of the major, and minor, characters give overly pretentious and long winded speeches that just don't seem that believable.The Counselor has a pretty high rating, which is presumably more down to the language used and subjects covered in that, rather than the using actual foul language. Certainly, it isn't exactly gore soaked, even if there is one rather unpleasant scene, and there is violence, but a lot of it is implied rather than directly seen. There is another fairly provocative scene of a sexual nature involving Diaz's character and a car.The film has a good director and some good actors, it just falls short of being a good film and it seems that it is trying just a little too hard, causing it to feel contrived at times. Cameron Diaz's role as the predatory, intelligent and more than she seems Malkina is probably the best, but that character is not given as much screen time as it could have been. Pitt's character on the other hand, although he also suffered from not enough time on the screen, could have just as easily have been replaced with a cardboard cut-out on occasion, as he was never truly developed. The Counselor is not a cheerful film at all, and has a definite bleak edge to it, but it feels like it should have been better than it was. 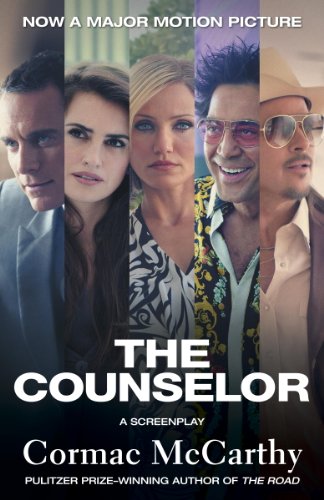 The Counselor (Movie Tie-in Edition): A Screenplay (Vintage International) Amazon Price: Buy Now(price as of Jun 22, 2016)
Next >> Movie Review: The Girl on the Train