Buy Veronica Roth's Divergent series and The Divergent Series: Allegiant cheaply from Amazon. You too can earn money from writing articles by signing up for InfoBarrel.
InfoBarrel is a writing platform for non-fiction, reference-based, informative content. Opinions expressed by InfoBarrel writers are their own.
InfoBarrel > Entertainment > Film > Movies

Certificate 12A, 121 minutesDirector: Robert SchwentkeStars: Shailene Woodley, Theo James, Jeff DanielsThe Divergent Series: Allegiant is the third film in the film series based on the Divergent series of young adult books by Veronica Roth. In the previous film, Insurgent, it was revealed that Chicago was an experiment being run by people outside of the walls - apparently not all of the outside was as unpopulated as those in the city believed - and that the Divergents were the intended outcome of the experiment. This information was not what Jeanine hoped to discover, as she wanted a reason to crush the Divergents once and for all, so she hid the information. Now, Jeanine has been overthrown, and killed in cold blood by Evelyn (Naomi Watts), Four's (Theo James) mother, and the message broadcast to the entire city. However, Evelyn's forces have shut the door that opened the door in the wall surrounding the city - how, isn't clear - as she doesn't trust those who left them penned up inside for the past 200 years. 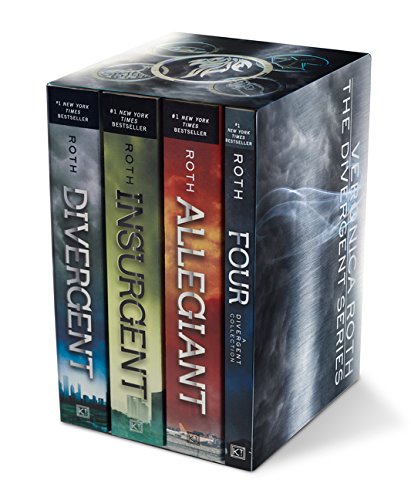 The Factions are no more, and Jeanine's supporters are now standing "trial" - which basically boils down to mob execution, something that Johanna (Octavia Spencer) and her supporters disagree with. Just like in many revolutions, the new government of Chicago is not a great improvement over the regime they overthrew. Evelyn is already behaving in many ways like Jeanine used to, enthusiastically backed up by Edgar (Jonny Weston, Project Almanac). Meet the new boss. Same as the old one. Not a promising start to the new government, and bad enough that Johanna and her people pull out of it.

Credit: https://en.wikipedia.org/wiki/File:Allegiantfilmposter.jpgTris (Shailene Woodley) and Four are planning to go over the wall to see the people who shut them inside. Evelyn is opposed to anyone going over the wall, and her forces are willing to use force against those who try. Tris is determined to make it, and she and Four first rescue Tris's brother, Caleb (Ansel Elgort) - as a supporter of Jeanine, he will eventually be executed, just like all of her other supporters. Christina (Zoë Kravitz, After Earth) and Tori (Maggie Q) are also in on the plan. They are joined by Peter (Miles Teller, Fantastic Four), who also wants out of the city - he, too, supported Jeanine at one point, so he, too, will probably be executed, and Peter has always looked out for himself.The group make it over the wall, but are pursued by Edgar. The land beyond the wall is a post-nuclear wasteland, with red soil and rain. The world may not have been completely destroyed, as was thought, but clearly a really good go of it was made. The forces of the outside finally meet them, the Bureau of Genetic Welfare, which is run from a small, green oasis on the former site of Chicago's O'Hare airport, and given a brief overview of what led up to current events. Genetic engineering eventually caused a nuclear war, and people are now divided into the Pure, and the Damaged. The Damaged are all of those, except Tris, within Chicago, as well as many other living in the Fringe. They are descended from those who had been genetically altered, whilst the Pure are not. The aim of the experiment was to see if eventually the damaged could heal, and become Pure. The Pure outside the walls, who mostly live in a city called Providence, have a vastly superior level of technology.Tris is taken to see the Director of the Bureau (Jeff Daniels, Looper, The Martian), and tested to see if she is Pure, and the others are given various jobs. Four quickly becomes suspicious of the Bureau's actions, and tries to convince Tris that there is something wrong. Tris initially is rather more trusting. Back in Chicago, things are quickly devolving into war. Johanna has formed a group - the titular Allegiant - to oppose Evelyn, and open fighting soon breaks out. Both Four and Tris want something done to stop it.In some ways, this may be the best in the series so far, but the series itself has been pretty lacklustre, so this isn't saying much. Tris does seem to be a bit more convincing as the forceful character she is supposed to be than she has in the previous two films, and there are some nice action scenes, but the overall pacing of the film seems a bit erratic. Many of the characters are also less than brilliant; there are characters who seem to have no real purpose, or identity, other than to provide a specific advancement to the plot - that is all they do, other than move around essentially as background for the rest of the time they are on screen. Some of the characters also seem to have been reused, in particular Evelyn and Edgar; Evelyn comes across as a slightly less effective and possibly nicer Jeanine, and Edgar as a less effective and more one dimensional form of Eric. There is a really obvious character death that could be easily seen coming before it happened - and really, why does anyone still trust Peter?There are more unanswered questions in this film, and ongoing plot elements still make as little sense as they originally did - with the introduction of some more confusion. Perhaps these will be cleared up in the final film in the series for, as has been done so many times recently - Harry Potter, Twilight, The Hunger Games - the final novel in the trilogy has been split into two films; this one, and the final film, The Divergent Series: Ascendant. It seems that when adapting books, the final book seems to be considered to have more material than any of the earlier ones. Admittedly, this was true to a degree in the Harry Potter series, but rarely in the others.The film also appears to be trying to deliver a message about how people should stop dividing everyone up. A nice thought, but it was not very subtle. Perhaps everything will be sorted out when the series concludes, and perhaps it will be concluded in fine fashion but, given the quality of this film, and the fact that the budget for the next in the series was cut,[1] this does not look too promising. The Divergent Series: Allegiant continues with the tradition of The Divergent Series with being some of the weakest young adult dystopian adaptations out there. 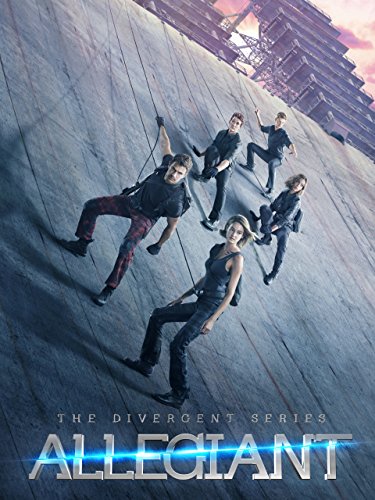