Get the 2014 film The Equalizer or the original television series cheaply from Amazon. You too can earn money from writing articles by signing up for InfoBarrel.
InfoBarrel is a writing platform for non-fiction, reference-based, informative content. Opinions expressed by InfoBarrel writers are their own.
InfoBarrel > Entertainment > Film > Movies

Certificate 15, 131 minutesDirector: Antoine FuquaStars: Denzel Washington, Marton Csokas, Chloë Grace MoretzThe Equalizer is set in Boston, where Robert McCall (Denzel Washington, 2 Guns, Safe House) is working in a Home Mart, a home improvement warehouse. McCall is polite and liked by his fellow workers, who try to guess his past, something he doesn't reveal. He helps them out when needed and leads a very tidy and organised life. Robert lives alone and has definite views on what is and is not appropriate food when it comes to a person's health and has a tendency to both time certain parts of his life using the stopwatch feature on his digital watch - for no apparent reason - and place items so that they are just so, in what seems an obsessive way.

Credit: http://en.wikipedia.org/wiki/The_Equalizer_%28film%29#mediaviewer/File:The_Equalizer_poster.jpgUnable to sleep well at nights, McCall frequents the Bridge Diner, taking a book and, of all things, a teabag with him. Whilst there he talks occasionally to a, very, young escort called Teri, real name Alina (Chloë Grace Moretz, Dark Shadows, Hugo, Kick-Ass 2). After she gets half beaten to death by her Russian pimp Slavi (David Meunier), for some reason he really takes offense to this. Having deliberately led a quiet life for so long, and turned his back on the person he used to be, he thinks this is too much and decides to go and see the pimp in person in his office above a restaurant. Initially he offers to pay for Alina's freedom, but he is turned down. Then, he gets rather more physical, at the end of which all five men are dead using either their own or improvised weapons.Having helped someone once, McCall then decides to help a few other people he knows who are having problems. It turns out that the five men he killed weren't a group of pimps, but a significant force in the Russian Mafiya and connected to one of the oligarchs. Said oligarch is not at all happy about this and sends a troubleshooter, Teddy (Marton Csokas, Abraham Lincoln: Vampire Hunter), from Russia to deal with it. Teddy is quietly spoken, even when threatening, well dressed and a complete sociopath with tendencies towards extreme violence to make a point.The film takes a long time to get to the point where things actually start to kick off, but when it does there are some truly violent scenes, as McCall and Teddy start circling each other, with neither willing to give in. McCall throughout the entire film never uses a weapon of his own, and much of the violence he inflicts is done with improvised weapons - especially tools, for he works in a shop which sells them.The Equalizer is yet another film based on a television series from the 1980s, and it's odd to see Denzel Washington in a role so closely associated with the late Edward Woodward. The violence is at times a bit overly stylish, with lingering and slowed-down camera shots, and there's the occasional intrusive piece of product placement, but otherwise this is a decent film, albeit probably more violent than the original series - and there is a fair bit of bloody violence. The film is set up so that there can be a sequel, and it looks like there is one planned, as Robert McCall returns to help those in need.[1] The Equalizer is a decent, if violent, action thriller, although the action is sometimes widely spaced, and it doesn't seem that true to the spirit of the original. 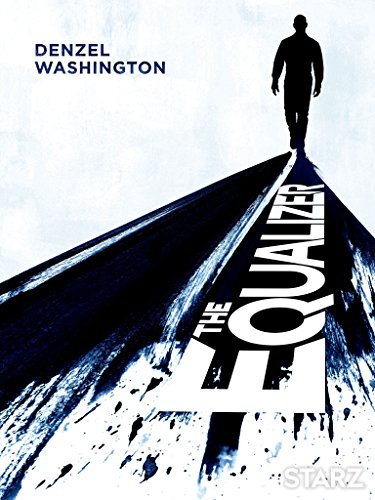