Get the book The Hobbit or the complete Lord of the Rings trilogy from Amazon. You too can earn money from writing articles by signing up for InfoBarrel.
InfoBarrel is a writing platform for non-fiction, reference-based, informative content. Opinions expressed by InfoBarrel writers are their own.
InfoBarrel > Entertainment > Film > Movies

Certificate 12A, 169 minutesDirector: Peter JacksonStars: Martin Freeman, Ian McKellen and Richard ArmitageThe Hobbit: An Unexpected Journey is the long awaited first part in the trilogy based on J.R.R.Tolkien's book The Hobbit. The film has been a long time in the coming; it's been nine years since the conclusion of The Lord of the Rings. The film is available in both 2D and 3D. The 2D version was the one watched; there have been some reports of problems with the 3D version. The Hobbit is the prequel to The Lord of the Rings.

The beginning of An Unexpected Journey is set on the day of Bilbo's party at the beginning of The Fellowship of the Ring. Bilbo is writing the story down in full for Frodo, which allows for appearances by both Ian Holm as the older Bilbo and by Elijah Wood (The Last Witch Hunter) as Frodo.

Credit: http://en.wikipedia.org/wiki/File:The_Hobbit-_An_Unexpected_Journey.jpegThis film covers the story from the start of the journey, through Rivendell where Elrond (Hugo Weaving) is met, underneath the Misty Mountains where Bilbo meets Gollum (Andy Serkis Burke and Hare, Dawn of the Planet of the Apes, Star Wars: The Force Awakens) and discovers the One Ring, through to the far side of the Misty Mountains. Gollum's character is more developed than that seen in the book, bearing more resemblance to the "Stinker" and "Slinker" characters of his personality portrayal from The Lord of the Rings, which does seem to suggest that Gollum's part in the film trilogy may be larger than the one he has in the book.Be warned that the following contains some references that may be unfamiliar to those who haven't read The Hobbit and could function as spoilers.When it was announced that The Hobbit was going to be made into a trilogy, and not a short one either - An Unexpected Journey is nearly 3 hours long - this caused some worry for those familiar with both The Hobbit and The Lord of the Rings. Even with the amount cut from The Lord of the Rings - for example the Old Forest, Tom Bombadil and the Barrow Downs and the Scouring of the Shire would have easily made another entire episode between them, never mind the bits missing from both the beginning and the end of The Lord of the Rings - The Hobbit is still about one fifth the size of The Lord of the Rings. This therefore caused worries that the film would have been padded just to make it longer.The length of the film and making it into a trilogy, from watching An Unexpected Journey, appears to have been done by a number of methods. Firstly, it appears that absolutely nothing at all has been cut out of the book, something that is more than a little unusual when it comes to cinematic adaptations.Another area is by adding things that were referred to in the book but happened "off camera" such as the historical destruction of Dale and Erebor by the dragon Smaug, a meeting of the White Council which allows us to see both Saruman the White (Christopher Lee, Hugo, Season of the Witch) and Lady Galadriel (Cate Blanchett, The Monuments Men), neither of whom actually appeared in the book or were mentioned, but whose presence at the time would have been inferred by references in The Lord of the Rings in which they did appear. There is also a meeting with the wizard Radagast the Brown (Sylvester McCoy) who is referred to in The Hobbit but never actually seen. The events featuring Radagast appear to be the most major divergence from the novel.Some events are also elaborated on. There is a new(ish) primary goblin (or orc, as they are normally being called in the film; the terms were used somewhat interchangeably in the book) antagonist with the background as to why he is such (the goblin was mentioned very briefy in the book, but wasn't covered in any detail outside of the appendices to The Lord of the Rings). Without this character, there wouldn't be single main antagonist through the first film. The Necromancer and Dol Gulder, which were mentioned briefly in The Hobbit (and also referred to in The Lord of the Rings books) are actually seen, rather than just being mentioned. This trend may continue in the rest of the series, so that events that are known to have happened by the beginning of The Fellowship of the Ring, such as the forcing of the Necromancer from Dol Gulder, may be actually seen on screen.The book The Hobbit was written before The Lord of the Rings, and was altered after the latter was written to integrate the two better. The Lord of the Rings included extensive appendices that added more depth and background to Middle Earth, and appear to have been used to add depth to the film that wasn't originally in the book, such as the battle in which Thorin gained the epithet Oakenshield, which was never covered in The Hobbit. It seems that rather than simply padding the story An Unexpected Journey is covering all the events that happened, rather than just those narrated. So far the adaptation has been handled well, which will hopefully be maintained in The Desolation of Smaug. The Hobbit: An Unexpected Journey was better than expected (and feared). 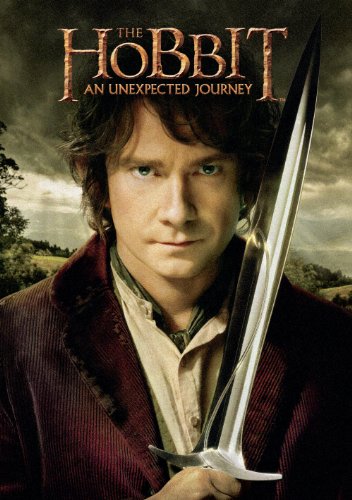