Buy The Battle of the Five Armies or the entire The Hobbit trilogy from Amazon. You too can earn money from writing articles by signing up for InfoBarrel.
InfoBarrel is a writing platform for non-fiction, reference-based, informative content. Opinions expressed by InfoBarrel writers are their own.
InfoBarrel > Entertainment > Film > Movies

Movie Review: The Hobbit: The Battle of the Five Armies

Certificate 12A, 144 minutesDirector: Peter JacksonStars: Ian McKellen, Martin Freeman, Richard ArmitageThe Hobbit: The Battle of the Five Armies is the third film in the trilogy based on J.R.R. Tolkien's novel The Hobbit, originally a children's story which was then resulted in the creation of The Lord of the Rings. The Desolation of Smaug ended with Smaug (Benedict Cumberbatch, Star Trek Into Darkness, The Imitation Game, Tinker Tailor Soldier Spy), the dragon awakened by the Dwarves and Bilbo (Martin Freeman, The World's End), descending on Lake Town. This films opens with Smaug laying waste to Lake Town, killing the citizens and sending it up in flames. The elf Tauriel (Evangeline Lilly, Ant-Man) is leaving the town with Bard's children and the injured Dwarves, whilst Bard (Luke Evans) himself tries, and fails, to slay Smaug with his bow. The black arrow foreshadowed in the previous film comes into play here, as Bard uses it to kill Smaug.Gandalf the Grey (Ian McKellen, X-Men: Days of Future Past) had been captured by the Necromancer (also Benedict Cumberbatch). He is free by Galadriel (Cate Blanchett, The Monuments Men), Saruman the White (Christopher Lee, Hugo, Season of the Witch) and Elrond Haf-Elven (Hugo Weaving) and the Necromancer is revealed as being Sauron and driven from Dol Guldur, foreshadowing his return to Mordor.

Credit: http://en.wikipedia.org/wiki/The_Hobbit:_The_Battle_of_the_Five_Armies#mediaviewer/File:The_Hobbit_-_The_Battle_of_the_Five_Armies.jpgWith the dragon dead, forces start converging on Erebor, as Smaug had acquired a vast treasure. The survivors of Lake Town led by Bard occupy Dale, and are quickly joined by the woodland Elven forces led by King Thranduil (Lee Pace, Guardians of the Galaxy). All want a share of the dragon's treasure, as was promised. Thorin Oakenshield (Richard Armitage, Into the Storm) is growing unbalanced and consumed by greed, especially for the Arkenstone, the Heart of the Mountain, a gem which he is unable to find, not knowing that Bilbo has taken it for himself.Things start deteriorating as the forces of the Elves, Dwarves and Men prepare to fight for the treasures of the Lonely Mountain, despite Gandalf's warnings that the Orcs of the North are about to descend on the mountain and destroy them all. It is only the appearance of the Orcs that stops this battle from occurring, and instead starts the Battle of the Five Armies. Elves, Dwarves and Men eventually unite to fight the Orcs, and this is a hard fought battle that hangs by a thread. 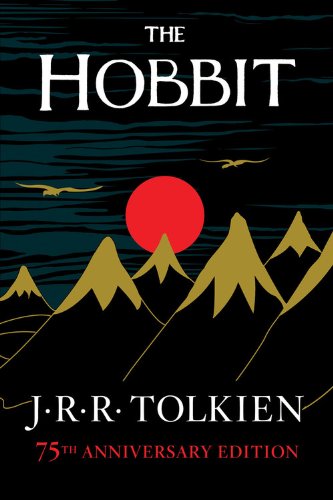 One question for those familiar with the original book was how Peter Jackson was going to manage to make an entire film, a third of the trilogy, out of material that comprised quite a bit less than a third of a not very long novel. The Hobbit was less than a sixth of the length of The Lord of the Rings, yet the cinematic version was going to be roughly equal in length.In An Unexpected Journey, this was largely done by incorporating material that happened "off camera" in the book as it were - events that were known about and that were either referred to in The Hobbit or The Lord of the Rings - as well as showing historical events that happened prior to those of the novel. There was also the continuing plotline involving Azog the Defiler (Manu Bennett).In The Desolation of Smaug there was some expansion of scenes, the introduction of some characters who hadn't been originally included in The Hobbit, but logically could have been, and some new characters and entirely new scenes. 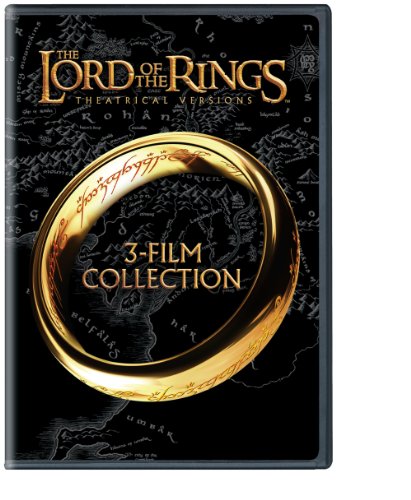 This film has a combination of all of these. There is a lot of foreshadowing of the events of The Lord of the Rings, and references to places and things that will be important later, such as Gondor, Angmar, Mount Gundabad and the Nazgûl - although the latter are not referred to by name. There is some minor changing of events from the book, but the biggest additions, which are all quite minor in this film, all involve characters who were dead in the book, such as Azog the Defiler, those who were not included in the book because Tolkien had not created them as yet, such as Legolas (Orlando Bloom), and those created solely for the film, such as Tauriel. Thorin's battle with the effect that the dragon's gold has on his mind is also covered in detail.By far the biggest single change is in the Battle of the Five Armies itself. In the novel, the battle itself covered a mere handful of pages - about half a dozen, depending on the edition. The battle in the film is much longer - and what a stupendous battle it is. The expansion of the battle does work well, with Azog the Defiler playing a major role in it as the enemy that Thorin must eventually face. The whole battle is covered in glorious detail, with moments of peril and triumph, loss and victory, as the Free Peoples fight for their survival. Events that were quickly covered in the novel in a few words are instead fleshed out and expanded. It is pretty bloodless fight, though; if there had been the amount of blood and gore justified by the amount of death in the battle, this would have had a far higher certification.The film is available in both 2D and 3D with the 3D version being the one watched. The 3D works well in this film, which is not always the case in those that involve live action. This is partly from Smaug's attack on Lake Town and partly due to the battle itself, which is viewed from various angles and includes flying creatures. The film concludes where An Unexpected Journey began, at the beginning of The Lord of the Rings as Gandalf arrives to see the now elderly Bilbo (Ian Holm). There did not appear to be sufficient material left in the book to justify an entire film being made about it by this point, but fortunately the film doesn't disappoint - as long as you enjoy the expanded battle. Without it, there would not have been enough. The Hobbit: The Battle of the Five Armies is an enjoyable conclusion to the series, a series that is quite a bit darker in tone than the original work, even with the mostly minor changes in this episode, and should be appreciated by most, as even those familiar with the story can be gripped as they know certain events are going to happen, yet which were not covered in detail in the novel. 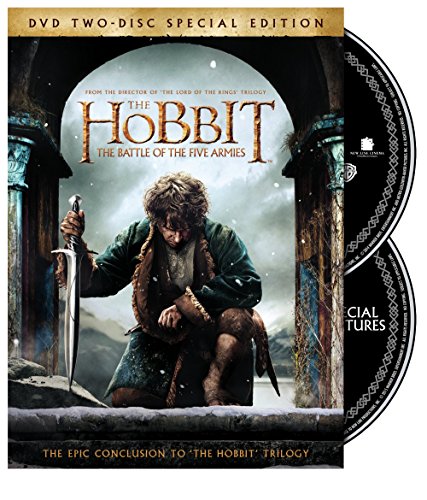