Buy An Unexpected Journey or The Desolation of Smaug cheaply from Amazon. You too can earn money from writing articles by signing up for InfoBarrel.
InfoBarrel is a writing platform for non-fiction, reference-based, informative content. Opinions expressed by InfoBarrel writers are their own.
InfoBarrel > Entertainment > Film > Movies

Movie Review: The Hobbit: The Desolation of Smaug

Certificate 12A, 161 minutesDirector: Peter JacksonStars: Ian McKellen, Martin Freeman, Richard ArmitageThe second film in The Hobbit trilogy, The Hobbit: The Desolation of Smaug initially starts 12 months before the end of An Unexpected Journey with a meeting between the dwarf Thorin Oakenshield (Richard Armitage, Into the Storm) and Gandalf the Grey (Ian McKellen, X-Men: Days of Future Past) at the Prancing Pony in Bree, the inn previously seen in The Fellowship of the Ring, before returning to the present.At the end of the previous film the party had successfully passed through the Misty Mountains and had Mirkwood ahead of them, with the Orcs still behind them. The dwarves and Bilbo (Martin Freeman, The World's End) must travel through Mirkwood, unaccompanied by Gandalf as he has other matters to attend to involving an enemy he fears has returned, dealing with the elves, who bear them little love, and the humans of Laketown in order to reach the hidden door on the Lonely Mountain in time for Durin's Day when it will be revealed and they can sneak in. The journey is made harder by the pursuing Orcs, although they do meet an ally on the way, who follow them into Mirkwood and beyond into Laketown.

Differences from the Novel 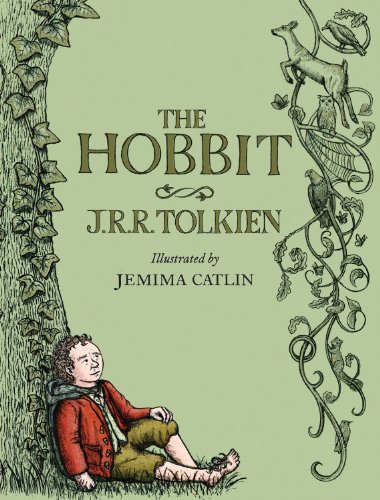 One worry when the first film was announced was the fact that The Hobbit, quite a short book that's only about a sixth of the size of The Lord of the Rings, was going to be made into a trilogy also, which suggested that there would be quite a bit of padding to lengthen the story sufficiently. In An Unexpected Journey this was avoided by simply adding everything to the film, including events that happened "off camera" such as the meeting of the White Council, or historical events such as the battle in which Thorin gained the name Oakenshield. These events were often detailed in future stories written by J.R.R. Tolkien and in their appendices, particularly in those of The Lord of the Rings.

Credit: http://en.wikipedia.org/wiki/File:The_Hobbit_-_The_Desolation_of_Smaug_theatrical_poster.jpgThe biggest change from the story was the plotline involving Azog the Defiler (Manu Bennett), an Orc leader who was actually dead at the time of The Hobbit, and who provided a continual enemy for the dwarves. This story continues and is still a major change, with Azog being a major character rather than an offhand brief reference in the novel when referring to another Orc, Bolg (Lawrence Makoare), who appears in The Desolation of Smaug, although it seems likely he is not the same character.The second film also has a number of events referred to in the book, and Tolkien's "legendarium,"[1] but not actually described in it added, such as a visit by Radagast the Brown (Sylvester McCoy) and Gandalf to the Necromancer's (Benedict Cumberbatch, Star Trek Into Darkness, The Imitation Game, Tinker Tailor Soldier Spy) lair of Dol Guldur and Gandalf's meeting with Thorin, although the visit to Dol Guldur is changed from what actually happened.What is seen in this one is a lot more changes made to lengthen the film. Some are basically expansions of existing scenes, others are changes to them, such as the barrel ride but there is also the addition of new plotlines and scenes as well as the alteration of existing ones.Legolas (Orlando Bloom) The Three Musketeers) never actually appeared in The Hobbit, but this was actually because his character hadn't been created at the time of that book. Given that he is the son of Thranduil (Lee Pace, Guardians of the Galaxy), King of the Woodland Realm of the elves of Mirkwood, it is quite logical for him to appear, at least briefly, given that in the legendarium he had been born at that time, but he has a much greater role in this, possibly to add a familiar face for those who have seen, but not read, The Lord of the Rings. One major change is the addition of an entirely new character, Tauriel (Evangeline Lilly, Ant-Man), and the subsequent storyline involving her, Legolas and Kili (Aidan Turner).Expanded scenes include the visit to Laketown as well as a substantial scene involving the dragon, Smaug (also played by Benedict Cumberbatch). Smaug really only appeared quite briefly in the book, but he has a much more a major role in this film, possibly to show him off as he is visually impressive and wonderful to see. Curiously he is depicted as only having four limbs - two legs and two bat wings with reasonably adept claws on them - but this type of dragon is normally shown with six limbs - and, indeed, was drawn with six in an early sketch by Tolkien - four legs and two wings.There is also quite a bit of foreshadowing of things that happened in The Lord of the Rings, such as a reference to Gimli and an entire scene added to introduce the Nazgûl as a threat, even if they are never actually seen, which also appears to diverge from the storyline in the various novels. It is also rather darker than the novel, which was originally a children's story, being closer in tone to The Lord of the Rings, although not to the same extent.

The Desolation of Smaug Itself

The film is definitely a visual masterpiece with spectacular scenery. The interiors of the realm of the Wood Elves and the dwarven workings in Erebor, the Lonely Mountain, are all impressive, the latter certainly conveying the power of the dwarf kingdom at its' height. Smaug, and the other monsters, such as the spiders of Mirkwood, look pretty realistic with the spiders being really quite worrying to look at, as a spider as big as a person would be in real life. The ending of the film is something of a cliffhanger - more so than might have been expected - which leaves one major plot thread to tie up in the conclusion that would otherwise have been expected to have ended in this one.It was filmed in both 2D and 3D, with the 3D version being the one seen. Some of the changes may offend purists as they are fairly substantial, especially the introduction of Tauriel and her subsequent story which does seem kind of needless, but The Hobbit: The Desolation of Smaug is a really spectacular film with almost non-stop action and should still be enjoyed by most. 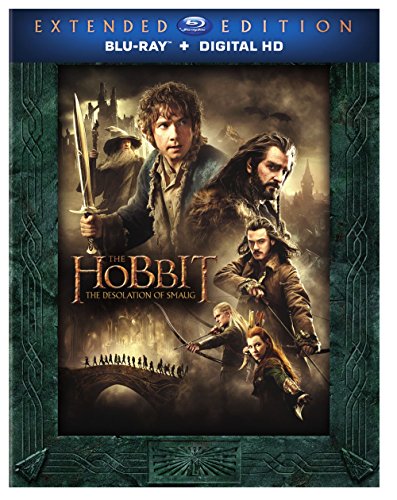