Buy The Lego Movie cheaply from Amazon or get the tie-in Lego construction sets. You too can earn money from writing articles by signing up for InfoBarrel.
InfoBarrel is a writing platform for non-fiction, reference-based, informative content. Opinions expressed by InfoBarrel writers are their own.
InfoBarrel > Entertainment > Film > Movies

Certificate U, 100 minutesDirectors: Phil Lord, Christopher MillerStars: Will Arnett, Elizabeth Banks, Chris PrattAt the start of The Lego Movie, Lord Business (Will Ferrell, Get Hard, The Internship) successfully steals the most powerful relic in existence, the Kragle, from the wizard Vitruvius (Morgan Freeman). Eight and a half years later, and President Business is running the world, a world filled with rules for doing everything and where everyone must follow the instructions. Creativity, such as evinced by the Master Builders, is frowned on and people must report anything weird. All the Lego people live in their own realms, which are strictly separated from the rest.

Credit: http://en.wikipedia.org/wiki/File:The_Lego_Movie_poster.jpgEmmet Brickowski (Chris Pratt, Guardians of the Galaxy, Jurassic World) is an ordinary guy, if one made of Lego, living in a city and working as a construction worker. He follows the rules slavishly and does everything he is supposed to in order to fit in, but he stumbles across Wyldstyle (Elizabeth Banks, Man on a Ledge, The Hunger Games, The Hunger Games: Catching Fire) one evening, resulting in him finding the Piece of Resistance, which marks him out as the Special, who will successfully stop Lord Business.Pursued by Business's minions, who are led by Bad Cop (Liam Neeson), and helped by Batman (Will Arnett, Teenage Mutant Ninja Turtles), who isn't the only Lego superhero to appear in the film either. as well as a host of other characters representing many of the different Lego sets available, old and new, including Star Wars, Emmet has to achieve his destiny and save the world. 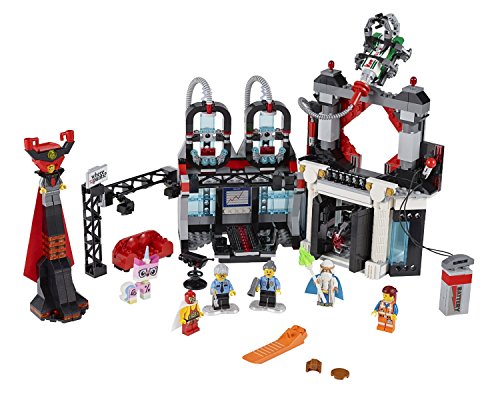 Lego, for those unfamiliar with it (presumably from never having a childhood), is an interlocking moulded plastic brick system that can be used to build surprisingly complex structures and vehicles (including houses)[1]. This isn't a stop motion animated film, as might be suspected for a film about a "children's" toy; instead, it is fully computer animated, but with incredible attention to detail. The Lego pieces in the film not only have the LEGO logo stamped into the raised circles just as in real life, they also have it on their undersides where relevant, such as on the plates, the "flat" Lego pieces, just like actual Lego pieces do. The pieces have scuffs and knocks and worn paint, just like if they were actually being used, and wear and tear visible on the oldest pieces, like the old 1980s Lego Space pieces, to an extent that you have to actually think about whether they are real or not, they are so convincing. Seas and water are made of small pieces of Lego; guns fire bits and flames are alternating shapes that swap between each other. It all looks just how it would if it was actually made with Lego.This may be a U certificate film, but it is not just for kids - there is plenty to keep adults involved in the film. There is an awful lot of humour, and the film is genuinely funny, without stooping to crudity in an attempt at humour, as is so often seen in movies aimed at older audiences. Even Lord Business's collection of "relics" (and Vitruvius's staff) are funny. Admittedly, stooping to that would have made this a much less family friendly film; as it is, it's suitable for everyone, young and old. There is a nice, and somewhat unexpected, twist near the end, which even has a moral message hidden away in it. The film is avaialable in both 2D and 3D versions, with the 2D being the one seen, although, being computer animated, this is likely the type of film where 3D works well.This is a funny, brilliantly animated film with great dialogue. Yes, this in some ways a giant advertisement for Lego - it's in the name, it's on the pieces, the things seen in the film can be bought, with even some specific movie tie-in sets available to buy, but The Lego Movie is superb fun for all the family and a children's film that most adults will enjoy too - especially if they used to play with Lego when they were younger - because, just like the film says "Everything is Awesome!" 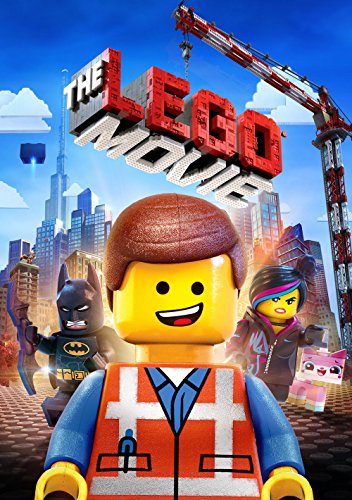