Buy The Other Woman cheaply from Amazon. You too can earn money from writing articles by signing up for InfoBarrel.
InfoBarrel is a writing platform for non-fiction, reference-based, informative content. Opinions expressed by InfoBarrel writers are their own.
InfoBarrel > Entertainment > Film > Movies

Movie Review: The Other Woman

Certificate 12A, 109 minutesDirector: Nick CassavetesStars: Cameron Diaz, Leslie Mann, Kate UptonIn The Other Woman, Carly Whitten (Cameron Diaz, Bad Teacher, The Counselor) is a successful New York attorney who has in her time dated a lot of men, frequently several at the same time. Her latest involvement is with Mark King (Nikolaj Coster-Waldau, Mama), a successful businessman who made his money investing in start ups, and she gets rather struck on him.Mark had been keeping the fact that he was married to Kate (Leslie Mann) hidden from Carly. After he postpones a date when he claims he has to return to his house in Connecticut, Carly goes out there dressed as a sexy plumber, so it comes as a bit of a shock to her when the door is answered by Mark's wife, even if she did think that something felt off.

Credit: https://en.wikipedia.org/wiki/File:The_Other_Woman_%282014_film%29_poster.jpgAfter a couple of drinking sessions, including one where they both get pretty drunk, Kate makes friends with Carly, despite what the latter wishes. It becomes apparent, although not that quickly, that Mark is seeing a third woman, the young, nice, possibly naive (or slightly dim) Amber (Kate Upton) who has some fairly obvious attractions. Kate also befriends Amber, and the three of them decide to get their revenge on Mark, because he has lied to all three of them. Kate he has cheated on, Carly he never told he was married and Amber he told he was getting a divorce after his wife had cheated on him.In the process of planning their revenge, they discover that Mark is also cheating on his business partner and is stealing money from him. Despite the statement that they are looking for something bigger when it comes to hurting Mark, some of the revenge they take on him is petty stuff done simply for the humour element, such as adding laxatives to Mark's food and drinks, female hormones to his smoothie and a hair removal lotion to his shampoo. The more serious revenge they plan is to really hurt him by taking all his money. This is actually where the film tends to fall down by going for the easy laughs instead of the more major revenge plot. It could be that they struggled to think of a way to make the stealing money idea funny, so went for the easy option.Carly isn't, or wasn't, a lot more faithful than Mark is, as it's certainly stated that in the past she's dated multiple men at the same time, she simply doesn't date married men, so some of her outrage seems a bit forced. It's not the cheating she seems to object to so much as the fact that Mark was married. Niki Minaj as Carly's assistant Lydia doesn't do a bad job, although she doesn't have a lot of screen time. Kate can quickly become an annoying character, and not simply because she never shuts up. She seems to too easily expect the best of Mark, despite what is actually occurring. The Other Woman is an okay comedy that will probably appeal more to women than to men. 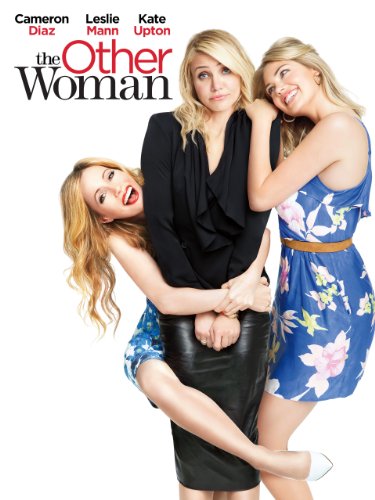