Buy The Wolverine or other X-Men films cheaply from Amazon.
InfoBarrel is a writing platform for non-fiction, reference-based, informative content. Opinions expressed by InfoBarrel writers are their own.
InfoBarrel > Entertainment > Film > Movies

Certificate 12A, 126 minutesDirector: James MangoldStars: Hugh Jackman, Tao Okamoto, Rila FukushimaThe Wolverine sees the return of everyone's favourite metal-clawed, short-tempered, adamantine-skeletoned, quick-healing superhero. This is Hugh Jackman's sixth outing as the Wolverine, who is the only superhero to appear in every X-Men film so far and be played by the same person. Admittedly, two of the films are purely about him, and one appearance was just a cameo.The Wolverine is set after the end of X-Men: The Last Stand. Logan is suffering nightmares from the events that happened at that time and has moved into the wilderness outside a small town in Yukon, Canada where he has become a recluse, having abandoned his former existence as the Wolverine. He is approached by a young Japanese woman, Yukio (Rila Fukishima), who has been tracking him down on her employer's behalf. Her employer is someone Logan met many years previously, and Yukio offers to take him to Tokyo to meet him again.

Credit: http://en.wikipedia.org/wiki/File:TheWolverinePoster.jpgDuring World War II Logan was a prisoner in a Japanese prisoner of war camp. This was on August 9th, 1945, and the camp was outside Nagasaki. Logan saved the life of a young Japanese officer from the effects of the Fat Boy bomb, revealing his healing powers as he did so, although this was well before he had his adamantine skeleton.Years later and the young officer, Yashida (Hal Yamanouchi), is now very rich, very old, and very ill. He is dying of cancer and makes an offer to Logan - to free him from the curse of the immortality given by his healing powers, by transferring it to Yashida. Yashida states that he can do this, and his gift to Logan will also help the former extend his life. Yashida's doctor, Viper (Svetlana Khodchenkova), has special talents that will help with this. Things do not go to plan, much violence ensues with Logan reacting in his normal manner, but his healing powers have been taken from him, making him vulnerable for the first time in his life. His armoured skeleton remains and still provides him with a great deal of protection.The film is available in both 2D and 3D versions; the 3D one was the one watched. The 3D did not actually seem to add anything to the film, being barely noticeable in the majority of scenes. The plot is not as straightforward as it initially seems, and there are various twists, although a major one can be guessed. Even though the film is pretty violent, as is only to be expected when the lead character has six long, sharp, metal claws, most of the film's true violence is more hinted at than actually seen - you know something violent is happening, but it's off the edge of the screen rather than on it, which keeps down the visible bloodshed. The main exception to this is Viper's various poison effects. With the film set in Tokyo and Japan, the majority of the cast is probably unfamiliar outside of that country.Unlike what has been seen in most recent Marvel films, especially those based around the various Avengers, this one is lacking in references to other superheroes, or even supervillains - Viper is the only one and she doesn't seem to match up with the comic book female Viper. Instead, it's just about the Wolverine, and he is a great character to concentrate on. Logan/Wolverine is one of Marvel's darker and more troubled characters, and is thus suited to a darker film. He isn't perfect, and frequently isn't actually that nice to people he doesn't like, but he's eminently watchable. Making him vulnerable due to the loss of his super-healing adds a bit more risk to him; there's always the possibility that something bad can happen after that. It also allows the enemies he faces to be pretty normal too - they may be extremely skilled at times, but they're still just normal people.Be sure to wait and see the, fairly long, scene in the credits at the end of the film. The scene is pretty important and a bit surprising. It also drops some hints at what the next X-Men related film will be about, some obvious, but some more clear if you are really observant, or know a fair bit of Marvel lore. The Wolverine is a good X-Men film, and the best that's been seen for a while. 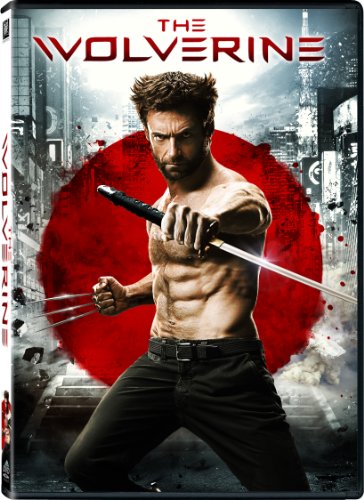